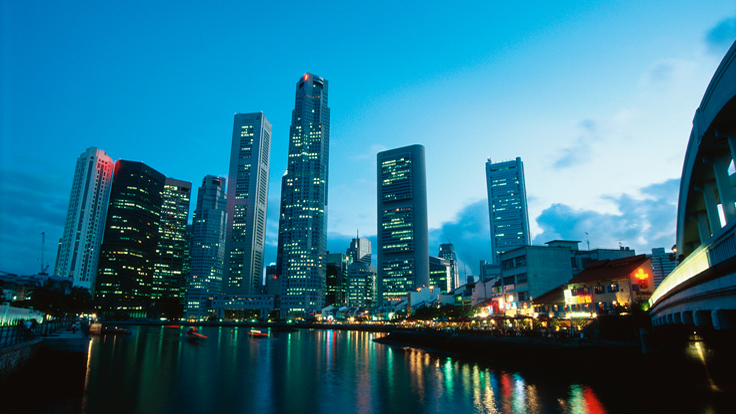 
After seven rounds of measures aimed at cooling the residential property market, Singapore's housing market is slowing and will likely have further to fall this year, market watchers say. The latest round of curbs expanded the restrictions to nonresidential real estate for the first time, and many in the city expect an eighth round of restrictions later this year. 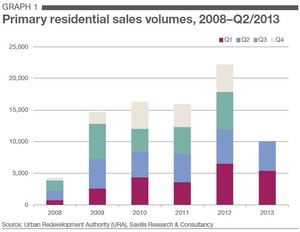 The government has been responding to criticism that house values have risen too fast in a short period of time, with plenty of Singaporeans blaming mainland Chinese for the price hikes. Home prices are 52 percent above their troughs during the worst of the financial crisis, according to the brokerage Knight Frank.

With China's growth slowing, most Asian economies are likely to face a challenging couple of years. According to the investment bank Nomura, a slower Chinese economy will likely shave 1.3 percentage points off Singapore's growth rate in 2014, to 2.2 percent rather than 3.5 percent.

Tourism from China, in particular, would be affected, hurting hotel operators. Some of Singapore's largest developers would also take a hit such as CapitaLand and Keppel Land, because they have diversified extensively into China, as is the case with the bank DBS.

After the latest round of curbs, people who are not permanent residents in Singapore must now pay an extra 15 percent on the top of any purchase price of residential property. The measure has been widely viewed as an attempt to curb the number of purchases by mainlanders. Singapore has also increased the amount that home buyers must put down to 25 percent of the purchase for any second loan. 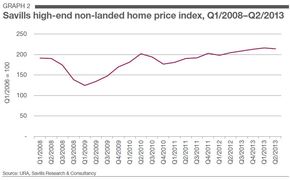 The heavier freight on overseas buyers has had a remarkable effect. The number of foreign buyers, whether local permanent residents or not, fell 24 percent in 2012, compared with the previous year, according to Jones Lang LaSalle.

The average price of high-end homes fell 1 percent in the second quarter, the first decline in a year, according to Savills. "As the latest rules weigh down on market sentiment, activity in the residential market is expected to moderate over the next few months and developers are likely to adopt a more cautious stance when bidding for new sites," the consultancy said.

The property brokerage Knight Frank anticipates that home prices will fall 5 percent in Singapore this year, while Savills predicts a fall of 3 to 5 percent. Analysts say only deep-pocketed investors are still searching for property in Singapore, with many international buyers having shifted away from protectionist markets like Singapore and Hong Kong to the United States, where it's increasingly clear a housing rally is under way. 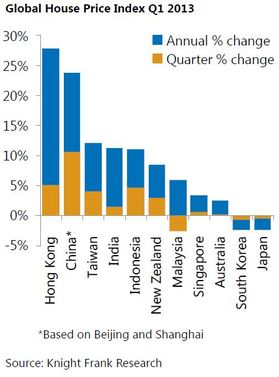 Rents are currently running at around S$521 (US$412) per square meter per year, according to Jones Lang LaSalle, but are likely to fall given the decreasing interest in property. The brokerage noted that 15-year Singapore government bonds are now yielding more than luxury property, meaning very long term investors will start preferring government debt.

Home-buying habits are also shifting. "In our conversation with our business lines and clients, there is a growing interest in fixed-rate mortgages as buyers look to hedge against any unexpected rise in interest rates," JLL said in a report.

Singapore's real estate investment trusts were down 5.7 percent in June, bringing their year to date performance to a fall of 8.0 percent, according to the Asia Pacific Real Estate Association. That follows a 19 percent gain in the last year. 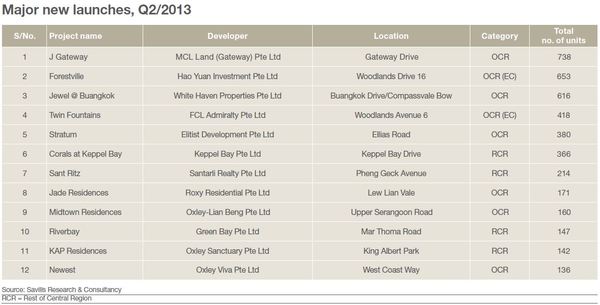 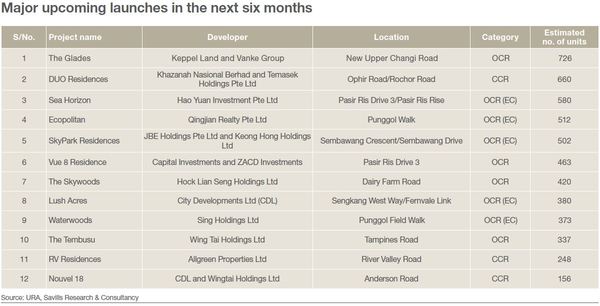 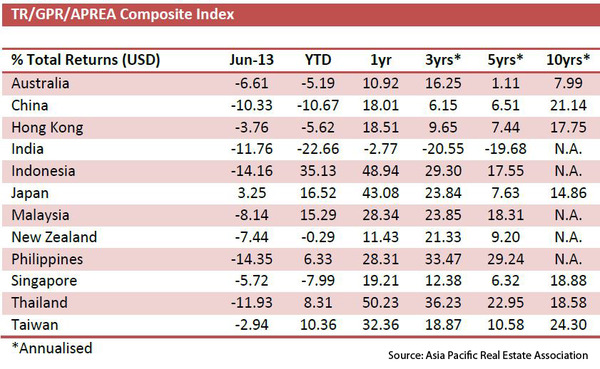