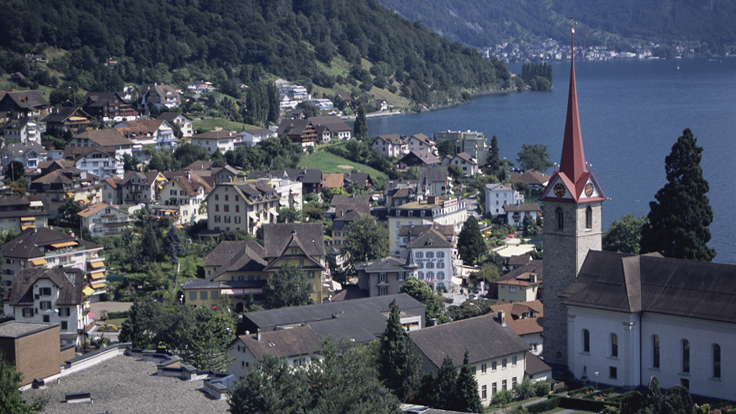 
Prices for chalets in the picturesque Swiss Alps have jumped 10 to 15 percent in recent months, in the wake of a new ban on second home projects, according to industry estimates.

The second home law, which went into effect in May, prohibits second-home development in areas where they represent more than 20 percent of existing homes. In addition to limiting development in the Alps, the ban addresses concerns that empty second homes would turn some mountain villages into "ghost towns."

The ban has helped spur price increases in many mountain towns, where little new supply is expected. Investors equate the "the new higher price culture with a future rarity value," Jorg Schmittschneider of estate agent Engel and Volkers told The Telegraph.

"Davos, one of the highest Alpine resorts in Europe, is among the top five locations to see the biggest property price increases since the second quarter of 2013," Mr. Schmittschneider told the paper. "Holiday homes in St Moritz are now nearing 15,000 euros per square meter, compared with 7,000 euros in Chamonix, France, and less than 4,000 euros in the Austrian ski villages of Lech and St Anton."

Throughout Switzerland, the continued flow of wealthy international buyers, low mortgage rates and a stable economy have continued to fuel increases in home prices. But the growth appears largely focused on luxury homes.

"Prices in the medium and lower end of the Swiss property market, which are more representative for the country as a whole, are showing signs of easing now for the first time this year," Manuel Lehner, a director at property consultants Fahrlaender Partner AG, told the Wall Street Journal.

Apartment values in the luxury segment rose 2.2 percent in the third quarter, while prices for detached houses increased 2.7 percent, according to an index compiled by Fahrlaender.

Many property experts have raised concerned about a bubble forming in Swiss real estate.

"For banks, this means applying conservative lending criteria in terms of both loan-to-value ratios and affordability," SNB vice-president Jean-Pierre Danthine told the Journal. "For borrowers it means remembering house prices are already at elevated levels and ensuring that, even if interest rates were to rise sharply, they could afford to service a loan."

In August, UBS reported the largest price increases were in Zurich, Geneva, Lausanne, Zug and Alpine tourist resorts such as Lucerne and Davos.