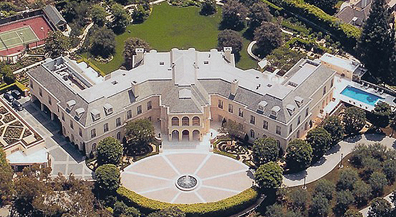 The 123-room, 57,000-square-foot home, on nearly five acres, is also one of the largest residences in the country. Its features include a bowling alley, a beauty salon, a gift-wrapping room and a screening room.

Aaron Spelling, who produced such popular series as "Charlie's Angels" and "Beverly Hills, 90210," died in the house in 2006 at age 83. He didn't relish traveling, and so he had some of the rooms designed to look like places he had been in France and other countries. Then he could imagine going abroad without going to the trouble. Despite neighbors' complaints about the size of the house, it was completed in 1981.

Before "The Manor" was built, the property belonged at one time to Bing Crosby. Later, it was purchased by Gene Kilmer, a real estate developer and father of actor Val Kilmer. Gene Kilmer considered moving the existing house across town, but the Spellings purchased the property, razed the house and built "The Manor."

When the estate home first went on the market a few years ago, Candy Spelling then announced plans to "downsize to a $47-million condo on the top two floors of a building in Century City." 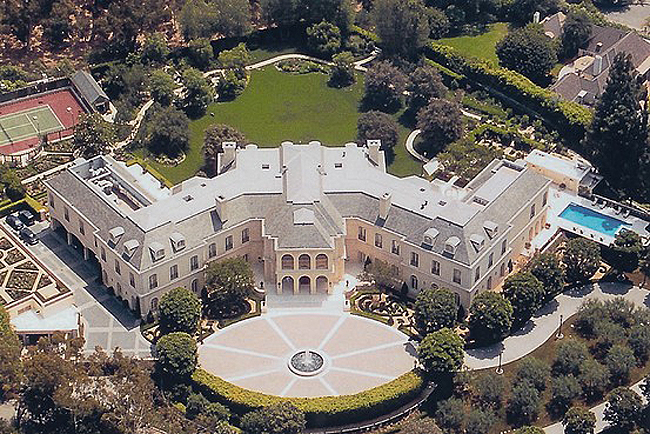