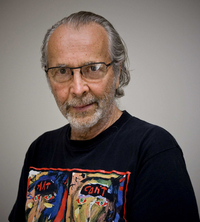 The restored Spanish-style home, built in 1928, has handmade doors, stenciled beams, fresco painting, coved ceilings, period arches and perhaps even room for a brass section in its 2,500 square feet of living space. The formal dining room opens to the living room, which flows into a family room to enable large-scale entertaining.

The gated two-story residence, which has four bedrooms and three bathrooms, sits on a bluff with ocean views.

Alpert and Hall perform together and released the album "Anything Goes" last year. The legendary bandleader, 75, made his name with the 1960s group Herb Alpert and the Tijuana Brass. His hit singles include "A Taste of Honey" (1965), "This Guy's in Love With You" (1968) and the instrumental piece "Rise" (1979). The singer-songwriter has sold more than 72 million albums worldwide, and he also co-founded A&M Records. A sculpture and painter, Albert supports the arts through his Herb Alpert Foundation.

James Anderson of Keller Williams, Santa Monica, has the listing.

Update: Designer Waldo Fernandez has sold a house he remodeled in Beverly Hills for $8.3 million.

Listed at $10,995,000 in January 2009, the walled 1926 Mediterranean has high ceilings in the living room, a gourmet kitchen with breakfast area, a formal dining room, a den-media room and a family room. Designed for large-scale entertaining, the back of the house opens to gardens, a swimming pool, an outdoor fireplace and a tennis court. There are five bedrooms and seven bathrooms in about 7,200 square feet of living space.

Fernandez, who started as a set designer on the 1960s films "Doctor Dolittle" and "Planet of the Apes," worked on the face-lift of the Beverly Hills Hotel for Merv Griffin in the late '80s. His celebrity clients have included Tobey Maguire, Elizabeth Taylor and Goldie Hawn.

Kurt Rappaport and Jonas Heller of Westside Estate Agency, Beverly Hills, had the listing, while Stephen Resnick and Kelly Kerrigan of the same office represented the buyer.


A Slam Dunk for ex-Clipper

Sitting on a corner site of 1.23 acres, the 5,773-square-foot home has an updated kitchen with limestone counters, a breakfast nook and commercial grade appliances; a formal dining room; living and family rooms; five bedrooms, two of which are master suites; and six bathrooms. There is a tennis court, a swimming pool, an expansive covered patio, custom fountains and lawns.

Vandeweghe, 52, is a former head coach and general manager of the New Jersey Nets. He also was an NBA analyst for ESPN. At 6 feet 8 inches, he played small forward for the Los Angeles Clippers in 1992 and 1993.


A Marquee Full of Celeb Owners

A walled and gated Encino estate that has been home to actors Al Jolson, Kirstie Alley, Katey Sagal and Charlie Sheen at various times has come back on the market at $6.95 million. 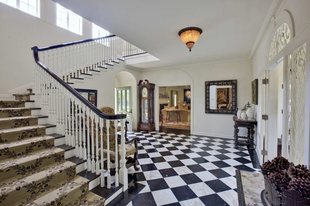 The 2.26-acres of landscaped grounds includes mature fruit trees, a koi pond, an outside kitchen, fountains, a sports court, a swimming pool, and a pool house with a bedroom and kitchen.

Jolson, the singer and comedian who died in 1950 at age 64, was an early owner. The current owner, Broadway, film and television producer Michael Jacobs, bought the estate from Sheen in 2006 for $6.62 million, and he bought it from Sagal in 2004 for $4.2 million, public records show.


Eight bedrooms and a Waterfall

A gated Corona del Mar home with eight fireplaces and a 60-foot waterfall has been listed at $19 million.

Among the ocean-view house's custom features are the marble flooring design and carved ceiling in the formal dining room and wood-beam ceilings elsewhere.

The property is about a third of an acre with a saltwater pool, a spa and a six-car garage. The sellers are Dr. Lewis Schainuck, renowned for his work in modernizing dialysis, and his wife, Michelle.