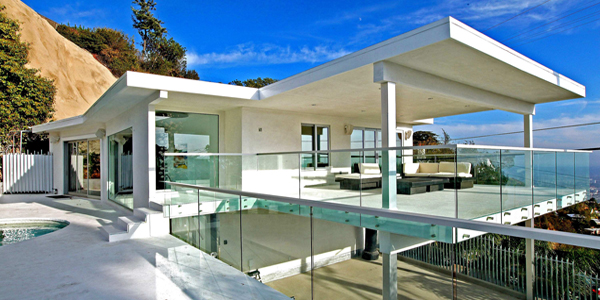 
The price that first-time homeowner Justin Bieber paid for his new digs in Calabasas has wended its way into the public record: $6.5 million.

Set on 1.3 acres in a gated community, the 10,000-square-foot main house is described as "transitional French" in style. Features include a high-ceiling foyer, library, a movie theater with stadium seating, a wet bar and a wine cellar - just what every 18-year-old pop singer needs. Including a guesthouse, there are seven bedrooms and eight bathrooms. A swimming pool and expansive lawns are among outdoor amenities.

The recent high school graduate, who catapulted to stardom through YouTube videos, has recorded the albums "My World 2.0," "Under the Mistletoe" and "Believe," and sold more than 15 million copies. At the middle of last month Bieber had more than 20 million Twitter followers.

His North America "Believe" tour will stop at Staples Center in October. He performed his single "Boyfriend" on "The Voice" this month.

The house, which was built in 2005, had been listed at $8.75 million. Among the previous owners was Eddie Murphy's former wife Nicole Murphy, who sold the property last year for $5.515 million.

After several years of on-again, off-again marketing and repeated price drops -- during which its owner's personal turmoil was widely publicized and her affairs placed into the hands of a conservator -- the Studio City house of Britney Spears has been sold for $4.253 million.

The pop star's house had been priced as a high of $7.9 million in 2008 and was most recently listed at $4.466 million. Spears paid $6.75 million five years ago for the Italian Renaissance-inspired villa.

The home, built in 2001 in a gated neighborhood, has five bedrooms and six bathrooms in about 7,453 square feet. Features include marble, hardwood and mosaic tile floors, carved millwork, maid's quarters and a three-car garage. The master bedroom has a fireplace, a loggia and dual bathrooms. The landscaped grounds of more than a third of an acre include a swimming pool and a gated motor court.

Spears, 30, released her first album, "Baby One More Time," in 1999 and rose to become one of the bestselling artists in the country. She released her seventh studio album, "Femme Fatale," last year and joins "The X Factor" as a judge this year.


Screenwriter Seeks a Closing on Westside

"Chinatown" writer Robert Towne has listed his estate on the Westside at $12.995 million.

Built in 1926 and designed for grand entertaining, the restored English country-style mansion and guesthouse have seven bedrooms, nine bathrooms and 10,000 square feet of living space. The nearly three-quarter-acre property is wooded and includes a swimming pool, a rose garden and a spice garden.

Public records show he bought the property in the 1980s for $2.495 million. Towne is selling because he is ready to downsize. He plans to stay in the Los Angeles area.


Tuning Up in a New Spot These Days

Los Lobos guitarist and singer Cesar Rosas has sold his house in Walnut for $1.425 million.

The 3,906-square-foot home sits on nearly an acre in the hills. Built in 2008, it features a panoramic view of the San Gabriel Valley, four bedrooms and four bathrooms.

Public records show Rosas bought the house the year it was built for $1.405 million.

Rosas sold because he bought another home in the area. The 57-year-old also plays with Los Super Seven. 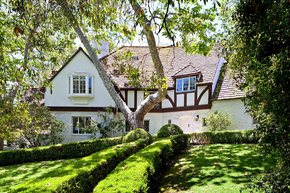 A 1928 Tudor once owned by Broadway star Mary Martin is on the market in Bel-Air at $10.5 million.

Nicknamed the Peter Pan House for the role the former resident played, the two-story-plus-basement house sits on about an acre with a guesthouse and swimming pool. Features include leaded-glass windows, half-timbered details and a gabled roof. The house has a library-study, a breakfast room, seven bedrooms and five bathrooms.

Martin, who died in 1990 at 76, also was known for stage roles in "South Pacific" and "The Sound of Music." The singer and actress was the mother of actor Larry Hagman.


Writing Himself into the Scene 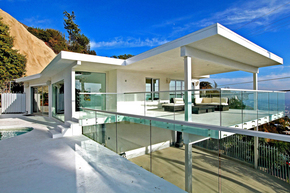 Action film screenwriter Skip Woods has put himself where the action is in L.A. -- the bustling Hollywood Hills West area -- with the purchase of a hillside house for $2.004 million.

The sleek contemporary, built in 1951 and extensively updated, features a dramatic two-story entry with a skylight and chandelier, high ceilings, walls of glass, a bar, a fireplace, four bedrooms and three bathrooms. A deck off the master suite has city views. A glass-walled deck over the driveway creates a carport. The swimming pool cabana includes a bar, flat-screen TV and a kitchen.