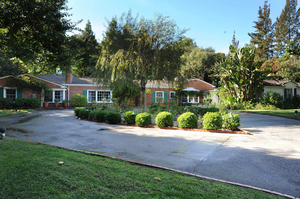 The ranch house, built in 1937, sits on a half-acre behind gates and tall hedges. A main house and a detached guest unit/office have a total of four bedrooms and 51/2 bathrooms in about 3,900 square feet of living space. The grounds include a circular motor court, mature trees, a rose garden and a swimming pool.

Evans, whose series included "The Big Valley" (1965-69), sold because she moved to the state of Washington. 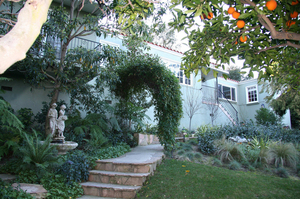 Actress Kaley Cuoco, who plays the neighbor of two socially inept physicists on "The Big Bang Theory," has listed her Sherman Oaks, Calif., home at $949,000.

The gated Spanish-style house was built in 1937 but has been updated. Features include distressed hardwood floors, French doors that open to a covered patio and interior arches between living spaces. There are three bedrooms and three bathrooms in 2,171 square feet. 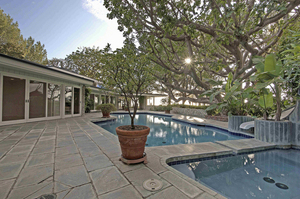 A gated Beverly Hills compound that was once home to Elvis Presley and wife Priscilla Presley has been leased out for $20,000 a month.

The French Regency-style estate, built in 1958, sits on 1.18 acres in the Trousdale Estates area. Recently remodeled, the 5,367-square-foot house has new flooring, a new kitchen and laundry room, and a resurfaced pool and spa. A guesthouse is attached to the four-bedroom, five-bathroom main home.


He's Long Lived Over The Waves

Outside, a lagoon-style pool, spa, sauna, meditation or card room and an outdoor kitchen create a resort-like feel.

Britney Spears rented the house before it was remodeled.

Wilson has owned and operated radio and television stations in Ohio, Illinois, Michigan and Nevada. He is partnered with Los Angeles-based Freedom Child Entertainment.

The property last changed hands in 2004 for $3.2 million, according to public records. 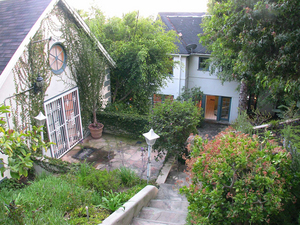 A house in the Sunset Strip area that actress Carole Lombard lived in during the 1930s came on the market in March for sale at $1,595,000 or for lease at $6,500 a month. It already has been leased out for two years.

The French Regency-style home is set behind gates. It has an art studio, a music-media room, four bedrooms and three bathrooms in nearly 3,000 square feet of living space with original fixtures. A spiral staircase off the master suite leads to a loft. The separate guesthouse includes a kitchenette.

Lombard, who died in 1942 at 33, was married to leading men William Powell and Clark Gable. She starred in "My Man Godfrey" (1936) and "To Be or Not to Be" (1942) and is listed among the American Film Institute's top screen legends.

The longtime residence of the late singer, songwriter and producer Delaney Bramlett is on the market in Sunland at $769,000.

Bramlett, who died in 2008 at 69, worked with rock and blues greats such as Eric Clapton, George Harrison and Leon Russell. He co-wrote the hit classics "Let It Rain" and "Superstar."