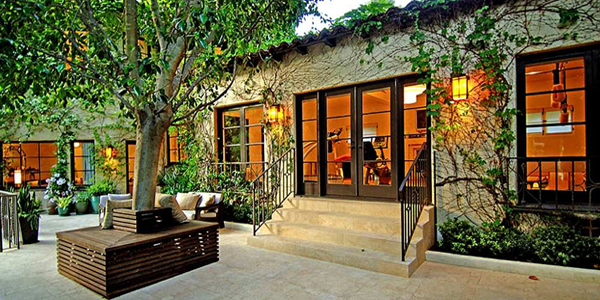 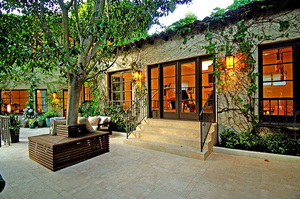 Comic actor Ben Stiller and his actress wife, Christine Taylor, have sold a house in the Hollywood Hills for $2.6 million.

The Spanish-style home was part of a two-house-plus-guesthouse compound they listed more than two years ago at $12.5 million. The larger home sold last year for $7.32 million.

The property that just sold was built in 1930 and extensively renovated. The 4,062-square-foot house sits on less than a third of an acre and contains four bedrooms and 4 ½ bathrooms. French doors open to terrace and deck areas with seating built around mature trees.


Meg Ryan Puts Bel-Air Home on the Market for $11.4 Million

Actress Meg Ryan, known for her leading-lady roles in romantic films, has been having an on-again, off-again relationship with her Bel-Air home since she first listed it in 2008 for $19.5 million. Now it's on the market again, this time for $11.4 million.

The listing describes the classic Spanish-style house, built in 1931, as having undergone a "museum-quality restoration." The two-story home features such period details as stenciled beam ceilings, arched doorways and ironwork.

French doors throughout the home open to city and ocean views, a loggia, a dining pavilion, an expansive lawn and the swimming pool. There are two family rooms, a pub room, a screening room, six bedrooms and seven bathrooms in 6,877 square feet. The four fireplaces include one in the guesthouse.


Flying the Coop in Malibu

Actors Tori Spelling and Dean McDermott have listed their house in Malibu for sale at $2.675 million.

The recently renovated 2,300-square-foot house sits on 1.73 acres covered in native plants and fruit trees. The single-story home, built in the 1960s, features 100-year-old French oak floors, three bedrooms and 2 ½ bathrooms. Custom-built sliding doors lead outside to multiple decks and sitting areas. There is a chicken coop and a small corral.

Together they have starred on "Tori & Dean: Home Sweet Hollywood" since 2007. 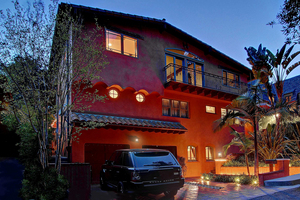 The Mediterranean-style house, built in 1958, has three bedrooms, four bathrooms and more than 3,200 square feet of living space. The open-plan house features built-in cabinetry in the dining room, an updated kitchen with a wine refrigerator, an office and an art studio. The backyard includes a gas fireplace, a barbecue and a fountain.

The singer-songwriter, 34, has been with the Backstreet Boys since the group's inception in 1993. The band is just finishing up the British leg of its tour with the New Kids on the Block.


Uncle Miltie's Condo is for Sale

A condominium in West Hollywood owned by the late comic actor Milton Berle and his wife, Lorna Adams, has come on the market at $695,000. Adams is selling because she recently bought a larger, 2,000-square-foot unit in Westwood for $980,000.

The Shoreham Towers condo has views of downtown Los Angeles, Santa Monica and the ocean. The one-bedroom, 1 ½-bathroom unit features an updated kitchen and motorized window shades. Floor-to-ceiling stacking glass doors open to a balcony with a counter and seating. The high-rise building includes a pool, a gym and a doorman.

Berle, who died in 2002 at 93, was an early television star after working in vaudeville, on the stage and in radio. He hosted such 1950s shows as "The Colgate Comedy Hour" and "The Milton Berle Show." His film credits include the 1963 comedy "It's a Mad Mad Mad Mad World." Berle was awarded an Emmy for lifetime achievement in 1996.