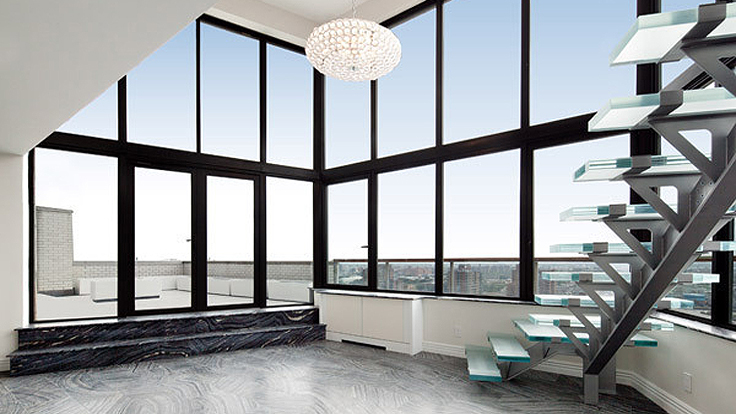 
Frank Sinatra's former New York penthouse is under contract--and the new owner is reportedly the daughter of a Chinese technology tycoon.

Ol' Blue Eyes helped design the Upper East Side penthouse and lived there from 1961 to 1972. He hosted many parties in the sky-high pad where champagne glasses were reportedly thrown off the rooftop, according to the NY Observer.

The penthouse now looks completely different, including a glass spiral staircase designed as an exact duplicate of stairs found in Apple stores, reports the Observer.

Nicknamed the "glittering grotto in the sky" by Andy Warhol, the penthouse offers views over the East River, 18-foot ceilings, marble fireplaces, and a wraparound terrace with a putting green.

"There are many penthouses for sale in Manhattan, but there is only one... that was good enough for Ol' Blue Eyes and other celebrities over the years, and only one opportunity for you to have all or nothing at all," according to the listing.

It was originally listed for $7.7 million last August, according to Curbed. The seller is Penny Hart, who paid $2.3 million for the penthouse in 2010.

The penthouse is not the only Rat Pack legacy for sale. Mr. Sinatra's former home in California's Palm Desert is also on the market.

Here is a video tour of the penthouse: