Maybe she didn't break up the Beatles, but you still don't want to mess with Yoko Ono.

John Lennon's widow is suing the co-op board of a building in Manhattan's West Village, alleging the board unfairly blocked the sale of her $6.6 million condominium.

Ms. Ono reportedly purchased the 5,700-square-foot condo in 1995 for her son, Sean, who no longer lives in the apartment. But when she went to sell the condo, the co-op board in the building refused to interview the prospective buyers and change the rules to make the unit tougher to sell, she alleges in her suit. 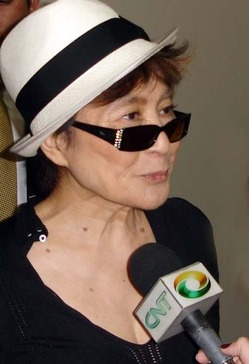 The board likes the idea of an absent owner, Ms. Ono charges in the suit.

"While there is an old saying that good fences makes good neighbors, it is unfortunate for Ms. Ono that the balance of the other owners of the cooperative believe that an absent owner makes an even better neighbor," the complaint said. "The board has and will do anything necessary to ensure that Ms. Ono not be able to sell her shares."

The apartment is in need of renovations, but the co-op board recently imposed new rules requiring any repairs to be completed in 120 days. That would be impossible, considering the size of her apartment and the need for renovations, Ms. Ono charges.

The building, located at 49 Downing Street, is called Stable 49, because it was originally built as a stable in 1896.

Ms. Ono still lives in the Dakota building, where Mr. Lennon was gunned down by Mark David Chapman in 1980.