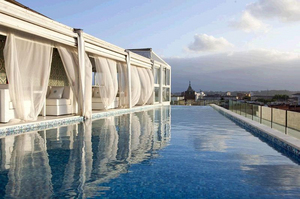 Last year, Marriott International launched Autograph Collection, a group of exceptional independent luxury hotels, each hand-selected for their originality, character and uncommon details. The first four Autograph Collection Hotels in Europe were added in Spain in May of this year, and with the addition of these six Boscolo properties, located in some of Europe's most beautiful cities, Autograph Collection has now grown to 26 properties globally.

The first four Boscolo Hotels will join Autograph Collection in September 2011, with the remaining two hotels expected to join by January 2012. The first four hotels are:


In 2012, the following hotels will join the collection: 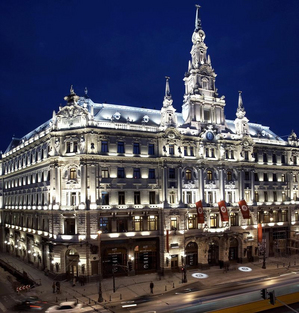 "These Boscolo Hotels are an incredible addition to the Autograph Collection" said Amy McPherson, president and managing director for Marriott International in Europe. "Located in some of the most spectacular cities in the world, each hotel is truly one-of-a-kind. Autograph Collection is an exceptional opportunity for both Marriott and our hotel partners, as we are now able to offer truly original and independent hotel experiences to our guests and as part of Autograph Collection, our partner hotels are able to tap in to the power of Marriott's sales and reservations engines. We strongly believe that Autograph Collection will continue to be a huge growth platform for us and a key component of our European expansion strategy as we seek to reach 80,000 rooms in Europe by 2015."

Giorgio Boscolo, vice president Boscolo Group added, "We are proud to join the Marriott family and the Autograph Collection, and have great confidence in Marriott's ability to help us gain additional global exposure and reach new emerging markets. We look forward to offering our guests a new experience, embracing the heart of each city with a warm Italian touch."


The Autograph Collecti is expected to grow to include up to 40 independent hotel properties throughout the United States, Europe, Caribbean and Latin America by the end of the year.