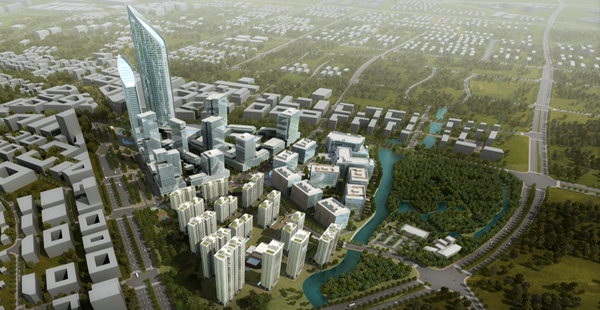 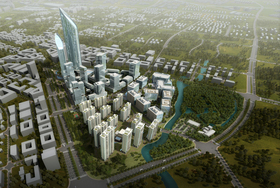 NIKE, Inc just announced plans this week for the development of a new centralized campus for Nike's employees in Shanghai, China.

The nearly 600,000 square foot headquarters will be built at The Springs, Tishman Speyer's newest mixed-use development in Shanghai's Yangpu District.  Nike's investment in developing this new centralized campus will support its long-term business growth strategy in China, where it celebrated 30 years of business in 2011.  The Springs is Tishman Speyer's largest project in China and follows the development of previous successful commercial projects in Tianjin and Chengdu.

"This announcement is very exciting and a strategic investment in our continued growth in China," said Craig Cheek, VP & GM of Nike's Greater China geography. "This new campus headquarters will allow us to elevate and expand on our facilities and capabilities while bringing all of our Shanghai based employees together from our portfolio of NIKE, Inc. Brands into one central campus."  In June 2011, Nike reported more than $2 billion in revenue for the first time for this geography and in its second quarter FY12 earnings reported on December 20, Nike reported a 35% increase in its revenue there.

"When we broke ground on The Springs in June, we were confident that world-class companies would recognize the value and importance of establishing a presence in Shanghai," said Tishman Speyer co-CEOs Jerry Speyer and Rob Speyer. "The creation of the Nike Greater China Headquarters at The Springs underscores the strength of this market and importance of this development to the Shanghai business as well as residential communities. We're thrilled that Nike, one of the world's great global brands and companies, will be an anchor in this development and look forward to a long-term relationship." 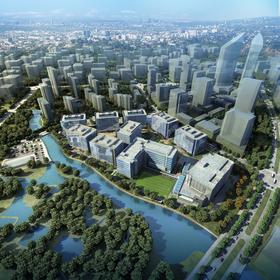 Nike has signed a long-term lease with Tishman Speyer, one of the world's leading owners, developers, operators and investment managers of first-class real estate on the project.  Tishman Speyer will construct the more than 587,227 square feet (approximately 54,575 square meters) of space in a multi-building campus. Nike said when complete, the campus within The Springs will consist of up to three office buildings and a five-story multi-purpose conference center, in a campus-type setting. Along with the commercial buildings, it will feature a soccer pitch and regulation-size indoor basketball court and state-of-the-art work-out facility. The campus will also include a full service food and beverage facility and a standalone conference center to host large-scale events and product unveilings. Nike expects to occupy the new space starting in the first quarter of 2014.

The Springs development is centrally located between the city's two major airports, Hong Qiao and Pu Dong. It is being built along a major transit hub, connecting it to a subway interchange and 32 bus lines, providing high-speed connections to the greater Shanghai metropolitan region. Situated on a former airfield facility, it is also adjacent to a 33-acre ecological park reserve, unique to Shanghai, and all of its commercial components have been designed to LEED gold standards by a team of leading international architects and environmental consultants.