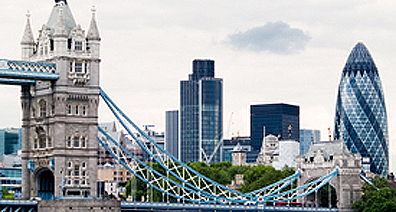 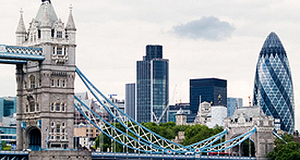 According to London-based Knight Frank, London's investment market has delivered strong returns for investors over the past two years. For those brave enough to enter the market in the months immediately after the Lehman collapse two and a half years ago, total annual returns have averaged 18.2%, before gearing.

Investment returns have been super-charged by the impact of the weak pound drawing in foreign purchasers; London's safe haven reputation, which has been enhanced by global political and economic turmoil, most notably the Arab Spring and the Eurozone crisis; and London's economic revival following the 2009 recession.


Strong demand from tenants has allowed landlord's to push rents higher at each break and renewal date. The critical point underpinning this process has been the strength of the central London employment sector. That strength is being tested by redundancies in several areas of the financial sector. Morgan McKinsey, the specialist City recruiter, confirm that available jobs across London's financial services sector were 22% lower in October compared to the same month in 2010.

While key demand and supply statistics are all pointing upwards at the moment. There is a noticeable imbalance between the rates of supply growth, for example new property instructions are up by 36% in the three months to October compared to the same period last year, and demand - where new tenant registrations are higher by only 15% over the same period.

The sharp increase in tenant viewings, rising at twice the rate as new tenant registrations, suggests tenants are more confident about taking their time to view properties and are not feeling rushed into taking the first unit they see.

While Knight Franks Liam Bailey's comment last month that, "the current steep rise in rents will come to an end during the final quarter of 2011" was prescient, he does not believe that they are about to experience a sharp reversal in rents. Bailey stands by his forecast that 2012 will see positive rental growth, although this will be likely to be capped at 4% - 5%, close to annual earnings growth, which he believes is a realistic and sustainable forecast for the medium to long term for the prime London rental sector. 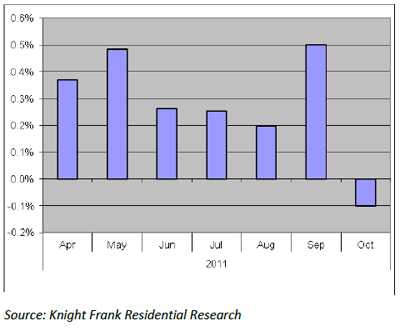