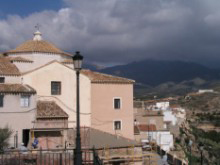 In a surprise setback for protesters, an advocate general last week recommended the European court of justice table a complaint against Spain's controversial land laws.

Activists, many of them expats, have challenged the so-called "land grab" laws in the region of Valencia, saying they violated European Union law. Local governments used the laws to charge homeowners fees and, in some cases, confiscate land to help build new developments.

The protesters, led by a group called Abusos Urbanísticos No, took the fight to the European Commission. After years of lobbying, several allies on the Commission agreed that the laws did not follow EU standards for awarding large public contracts, offering hope to the protesters that the court of justice would take action.

But the advocate general appointed by the court of justice disagreed with the Commission's stance, saying the EU's public contract laws are not applicable to the Valencia laws.

While the court of justice could still go against the AG's recommendation, the unanticipated turn of events is a severe blow to the years-long attempt to convince the EU to take action against Spain. AUN expected the AG to support the Commission's position against the land laws.

"We're surprised and disappointed with the narrow approach taken by the AG and the conclusions he has reached but it's not the end of the story," said AUN vice-president Charles Svoboda.

AUN says the AG's position is "full of errors, omissions and faulty conclusions." Although a setback, the court of justice could still side with their perspective, although the case is now likely to drag on for several more months.

"We hope for at least a more nuanced outcome from the court, if perhaps not the 'victory' we had envisaged," Svoboda said.