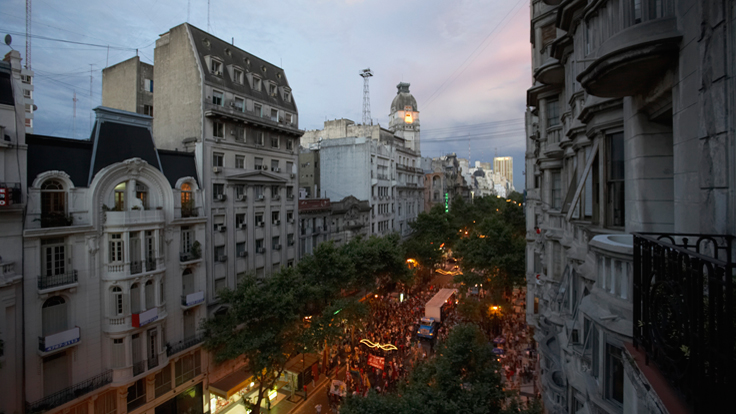 Searching for Bargains in Buenos Aires

Foreign cash buyers are finding deals in Buenos Aires, where prices for luxury apartments are down 20 percent to 25 percent from a year ago.

But there is a catch. Argentina's wildly fluctuating currency and new monetary restrictions make it difficult to close deals, the Wall Street Journal reports. Last year Argentine President Christina Kirchner restricted access to U.S. dollars and other foreign currencies, hoping to slow the flow of capital out of the country.

As a result, foreign buyers are wary of wiring U.S. dollars into Argentina as it is almost impossible to convert back into dollars at the official rate. Instead of shopping for the latest amenities, buyers are primarily looking for sellers with a foreign bank account, the WSJ reports.

The currency situation has "spooked" some foreigners living in Argentina, according to the report.  Ninety percent of homes listed for sale by estate agent Pericles Economides are foreign homeowners looking to sell, while Argentinians are eager to buy to convert their pesos into a more stable asset.

But foreign buyers willing and able to navigate the currency issues find their cash gives them power in the market.

Apartments in Recoleta, the neighborhood which gave Buenos Aires the nickname Paris of South America, are selling for about $185 per square foot, a decrease from almost $240 per square foot in 2008, according to the Wall Street Journal.

In Palermo, a popular location for homebuyers, one-bedroom apartments are listed for about $150,000 and sell for less, the paper reported.

Buyers at the high end of the market can also find deals. One property listed for $5.9 million in 2008 is now listed at $3.3 million.

"The peso aspect is a real risk, but I'm banking on the fact that things will normalize there," Alan Dickinson, a New York resident on the hunt for his second home in the city, told the WSJ.