According to UAE-based Bayut.com, on the heels of a positive market boom for the United Arab Emirates (UAE) in 2013, the real estate market of the UAE has successfully managed to carry its confident performance into H1 of 2014. However, alongside the steadily rising stars of the UAE property market, especially in the residential sector, there were also slow starters that kept the market balanced.

By comparison to their remarkable 2013 numbers, residential options in Dubai have performed somewhat sluggishly so far in 2014. Abu Dhabi, however, successfully managed to post good numbers for the sixth successive quarter. Both emirates also welcomed new tenants and the rents in Dubai shot up as a result. Overall, the real estate sector of the UAE performed reasonably well in the first half of 2014.

The prices continued with their upward trend but there was a general slowdown in the market as hot properties changed less hands this time around and market activity buoyed towards stability.

Despite the modest start, and the slew of laws that proved to be quite effective, the apartments and houses of UAE, Dubai in particular, experienced controlled increases coupled with occasional strategic slowdowns.

The capital of the UAE as usual drove home the fable that while the rabbit's speed may seem dazzling, it is always the tortoise path that leads to success - something that differentiates the real estate market of Abu Dhabi from Dubai.

The slow but steady escalations, the careful real estate project launches keeping risks of oversupply at bay, and the removal of the rental cap along with the return of government employees to the emirate worked wonders for Abu Dhabi and enabled it to celebrate the sixth consecutive quarterly increase in Q2 2014.

Sale prices in the Abu Dhabi residential property market climbed by an average of 16% in H1 2014, with a quarter-on-quarter rise of 7.3%.

Abu Dhabi welcomed a total of 1,750 residential units in the second quarter and that went nicely with the job growth that resulted from the initiation of some major construction projects backed by the government.

With the removal of the 5% rental cap in Abu Dhabi, rents in the emirate began their upward climb. According to Bayut.com's statistics, apartments in Abu Dhabi exhibited a rental increase of 2.9% on a quarter-to-quarter basis in Q2 2014.

The firm grip of government-funded investments on Abu Dhabi's property market, along with the demand for short-term occupancy and new infrastructure projects, continue to keep the emirate's real estate market from treading into dangerous waters.

The first quarter of 2014 managed to carry the affluence of 2013 with it, but then the overall surge of the real estate market in Dubai began to spell caution for the emirate and the governing bodies had to take the necessary steps to control the market from over-heating.

Per stats from Bayut.com, there was a general slowdown in real estate transactions in Dubai. Though prices continued to inch up, there was still a drop of 4% to 5% in a quarter-on-quarter comparison. Compared to the first quarter of 2014, in which prices went up 11%, Q2 of 2014 saw an increase of 6.5%.

This continued rise may be attributed to higher valued properties taking a dip but smaller properties continuing their upward march. Given that the ratio of smaller properties (apartments) to larger ones (villas) is tilted heavily in the favour of smaller properties, the overall increase percentage came out in the positive. Though the quarter-on-quarter drop wiped the smiles off many faces, it did manage to stabilise the property market and lead it towards safety.

Third party surveys indicate that in the prime residential property market of Dubai, 25% to 35% of buyers rely on mortgage financing for purchase and with the government strategically placing slabs on mortgage financing at the right time, the market cooled down in the second quarter of 2014.

The residential market, specifically, was observed to be climbing rapidly. Compared to the second quarter of 2013, average sale prices rose 35.5% in the second quarter of 2014. Looking at the bigger picture, the first half of 2014 continued to witness demand from investors and home buyers but the market saw a number of new project announcements that raised many concerns among property experts of supply outstripping demand.

Bayut also noticed that there was a rather alarming increase in the interest of buyers in the off-plan property options of Dubailand, whose search trends and increasing property inquires managed to land it on the second-most searched locality of Dubai for the month of June 2014, a position that had been held by Downtown Dubai for more than two years.

An increase in job opportunities managed to attract a flood of expats to the UAE, who in turn needed apartments to stay, and the landlords of Dubai had an increased number of tenants who had money to pay.

Noticing high demand in the market, many landlords tried to have their apartments and villas vacated so that they rent out the units on higher rents, but the Dubai Land Department came to the rescue and enforced reasonable regulations that acted in the benefit of both, the landlords and the tenants.

Bayut reports that despite the comparative slowdown in the rental value growth, the rental values seemed resolute and unyielding, the conclusion being that the average rents are highly unlikely to fall, especially in Dubai. 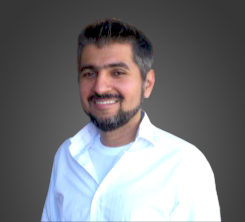 Haider Ali Khan, CEO of Bayut.com is of the view that the slowdown in the residential sector, especially in the sales of the secondary villa market, of Dubai may continue but that will happen for the betterment of all the investors of Dubai as this will bring an end to the speculations and concerns of another property bubble.

"The real estate market of the UAE showed upward trends in both rentals and sales in general, but quite expectedly, Dubai saw a slowdown. While the property investors of Abu Dhabi may rejoice with the sixth consecutive quarter increase, the investors of Dubai should be rest assured that the slowdown in the emirate is for the better. The property market of Dubai is known to shine the brightest, but like everything good, it needs to be handled with extreme care", says Haider Ali Khan

The increasing prices and rentals of Abu Dhabi and Dubai have driven many tenants and some home buyers to the more economical options of Ajman, Sharjah and Ras Al Khaimah. Although the residential options of Ajman and Sharjah are most favoured among people leaving Dubai, the clogged traffic during rush hours in these two emirates are making life difficult for those attempting to save some money by moving there.

Khan further commented, "Thanks to the new laws and regulations, the rapid change of hands of real estate also slowed down in H1 2014. Sales volumes have exhibited a decline in almost all sectors recently, according to the Dubai Land Department, which reported that in May 2014, transactions came down by almost 50 percent as compared to the same time last year. Looks like the market is finally stabilising and the efforts of the UAE government have successfully steered it away from danger."