According to a new report from international real estate adviser Savills called 12 Cities, New York and London have been named as leading international cities of the world.

Savills classes cities based on their prominence and fame, as well as economy and size; factors that will determine the cross-border investability of their real estate and their future as well as their current 'world class' city status.

In 12 Cities, the Savills 'X-Factor' world city characterization looked at a combination of global competitiveness, together with measures such as connectivity, international visitors and web search data, to determine overall world city status.  Behind New York and London, using these metrics, Singapore and Paris start to rival the two leaders,  while Moscow, Mumbai and Rio de Janeiro are less-established leading global cities in the top tier of twelve in the study.

"Our definition of a world city is not just based on size or economic prosperity, but other less tangible factors," says Yolande Barnes, director of Savills World Research.  "These include fame, prominence, international reach and investability - all factors that are not revealed by population and GDP figures alone. These intangibles impact on the appeal of a city to business and wealth generators, which in turn influences the pace of residential and commercial real estate market growth and contraction and levels of market stability." 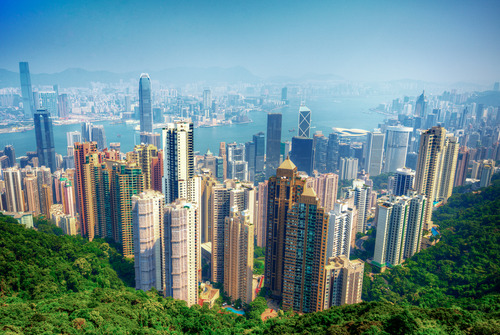 "The redrawing of the global economic map is having a significant impact on real estate markets.  'New world' economies, notably China and India, have recently seen weakened growth, while older industrialized economies, including the USA, UK and Japan, are now recovering more strongly than many commentators anticipated."

"As a result, the runaway real estate growth of 'new world' cities has abated and in some cases, such as Mumbai and prime Hong Kong, it has reversed.  The strength of investment markets in new economies are personified by Dubai's high-growth real estate centre. Its revival is indicative of a market recovering from very full price corrections after 2008."

The Savills X-Factor overall city characterization does not necessarily reflect traditional measures of economic or real estate costs and values, it speaks to the longer term stability and attractiveness of a world city destination.  The three cities with the highest X-factor also appear in the top 4 for investors in residential real estate, however, they are also in the top 4 most expensive destinations for employee live-work costs.

To understand the true appeal of residential and commercial real estate as an asset class in each city, Savills has again compared gross rental income to the income available from 10 year government bonds in each country, creating a 'net of gilt' yield.  This, they say, gives a true measure of the performance of real estate compared to the local risk environment.

By this measure, Tokyo provides the highest returns in relation to bonds and has started to be favored by more adventurous investors who understand the singular character and risks of Japanese real estate markets. New York too provides some compelling gross yield levels which have encouraged and increased investor interest.

In 12 Cities, Savills identifies Hong Kong, Shanghai and, most notably, Mumbai residential real estate values as looking most vulnerable to correction.  New York and Sydney look to be markets with greatest scope for growth, while London and Dubai residential prices appear on the higher side of average, particularly the cities' prime markets, but are still some way off the hottest cities. 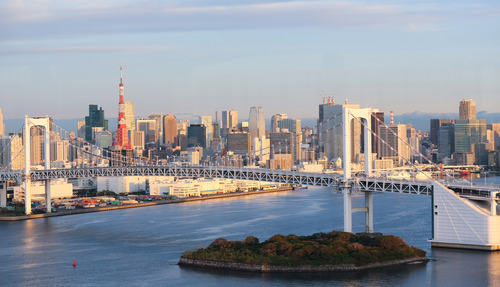 "Non-prime mainstream housing stock is now an attractive buy for investors," says Barnes.  "On a world stage, London's mainstream values look cool, while Dubai and Hong Kong look more fully valued.  We now expect that secondary and even tertiary markets in our world cities could offer superior growth compared to prime over the next five years."

As the tapering and eventual demise of quantitative easing takes effect, the global growth in asset prices will inevitably slow.  We expect to see rental growth and capital growth eventually realign.

With bond yields and interest rates likely to rise soonest in Asia, rather than the industrialized West, it is in this region that we expect to see the most stress in overstretched markets in the short term.

Some second tier cities, not yet in our index of twelve leading world cities, represent good value alternatives and could start to rise in popularity with investors.  Barnes names Istanbul, Hanoi, Kuala Lumpur, Jakarta and Bangkok as cities to watch, plus many large, second-tier cities in the same countries (that few in the West will ever have heard of).