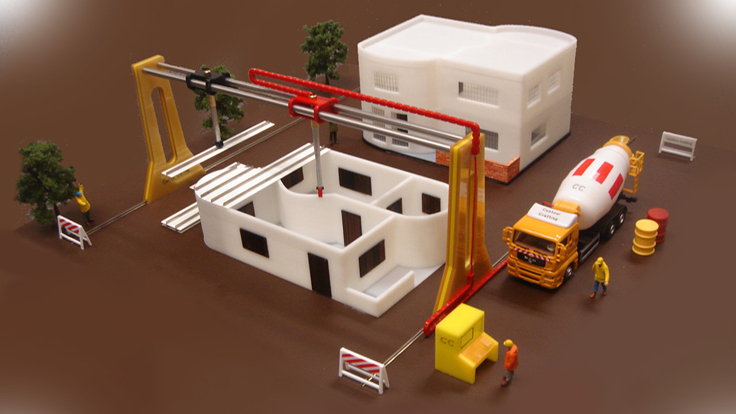 Coming Soon: 3D Printing of Homes in One Day


The days of waiting months for your dream home to be constructed may be over.

At least that is what researchers at the University of Southern California believe. They have developed a giant 3D printer to build a two-story home in just 24 hours.

The layer-by-layer fabrication technology, known as Contour Crafting, was created by professor Behrokh Khoshnevis. The robotic process replaces construction workers with a "house printer" fitted with fast-drying concrete to create a home based on a computer pattern.

Robot technology has revolutionized the car industry, and are used in every day duties such as vacuuming a house to exploring the planet Mars. Now, professor Khoshnevis wants to improve the housing industry. 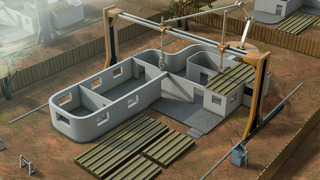 "A single house or a colony of houses, each with possibly a different design, may be automatically constructed in a single run, embedded in each house all the conduits for electrical, plumbing and air-conditioning," the developers say.

This week the National Association of Home Builders announced a drop in builder confidence, with some citing rising construction costs. A new report from the U.S. Census Bureau showed a drop in housing starts in December.

Current applications of 3D machines are used to create all kinds of items using plastics and polymers, among other materials, becoming a hot topic for technology conferences around the country. Consumers can even purchase printers to create 3D products at home.

Potential real-world applications for the large 3D printing technology include emergency, low-income and commercial housing, according to the developers' website.

"A relatively large multidisciplinary research team at the University of Southern California will be investigating the application of the technology in construction of modern civil structures, construction of structures on the moon and Mars, and in fine arts on the creation of large ceramic sculptures," according to the website.