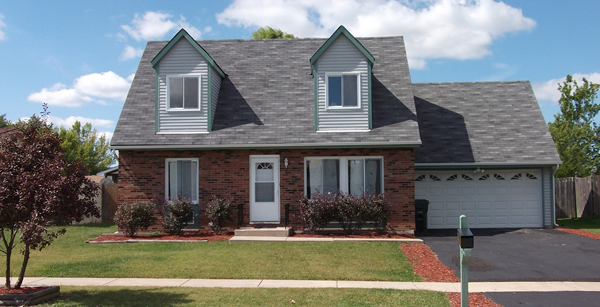 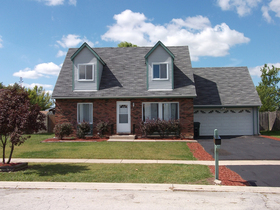 Last week, MACK Companies, the largest owner of single-family investment properties in Chicago, announced that it had recently sold 196 single-family homes to Scottsdale, Arizona-based American Residential Properties, Inc., a private REIT, for $28 million and the company  expects to buy up to 1,000 more homes from MACK in the next two years.

According to James McClelland, president and CEO of MACK Companies, the bulk sale marked the largest performing single-family asset deal in the US in 2012.

There has been increased interest from institutional investors wanting to get into the single-family home rental market in 2012, said McClelland last week, "but the only deals the industry has seen close so far have been bulk foreclosure buys on homes that still need to be redeveloped and leased."  There hasn't been anything on the level of this deal when it comes to performing single-family rentals, he says.

In early December, ARP announced that it intends to file a registration statement related to a proposed initial public offering of its common stock. The company said that it will use the proceeds to buy single family homes, among other investments. The IPO is expected in the first quarter of 2013.

Last spring, ARP completed a private offering of its common stock at $20 per share for a total offering of about $224 million.  At the time, Stephen Schmitz, CEO of ARP, said that he was pleased that his company was the first in the single-family rental sector "to raise significant institutional capital on a direct basis from a diverse shareholder base. The fact that the deal was over-subscribed is indicative of the value our shareholders place on our experienced management team," he told a gathering at the REIT Week conference last June.

In 2008, Schmitz and his colleagues saw opportunity in renting out single family homes, after the financial meltdown caused many families to lose their homes. There had been a dramatic drop in home values, especially in Florida, Nevada, Arizona and California and homes could be purchased for as little as $. 40 on the dollar in those states, Schmitz told the REIT Week gathering. More importantly,  he said that he saw a new kind of American tenant--a family coming out of foreclosure or a short sale with two jobs, kids, and lots of stuff in the garage, a new demographic.

ARP's business is fueled, said Schmitz, through partners in various markets generating deals on a consistent basis, mostly through short sales and the rehabbing of homes.

"When we started, we thought that banks would offer portfolios (for sale) and they will," although they are slow, Schmitz told the REIT Week audience. He said that he also expected government agencies to sell portfolios, which he expects to happen over time. Then there are lots of private portfolios of 25 to 100 homes that don't necessarily hit the market, says Schmitz. The owners of these portfolios experience management challenges, but ARP, having spent three and a half years developing a management infrastructure, finds it "easy to plug those homes into (our system)," he says.

Longterm, says Schmitz, "We want to be an equity REIT, not a mortgage REIT." The company will keep the cost of capital low, he said, by not outsourcing a lot the jobs associated with rehabbing and maintaining of properties.
ARP likes to buy homes in the Southwest. The Southwest has fewer problems, such as weather (for example, hurricanes), mold and the age of the housing stock, said Laurie Hawkes, ARP president, also talking at the REIT Week presentation. When ARP turns properties into rentals, it can cost as much as $4,000 per property and 45 days to do, compared to apartments where the rehab of a unit averages $500 to $1000 and can be done in one to three weeks, she said.

The single-family rental business is really disaggregated multi-family, says Hawkes. The good news for ARP is that within the portfolios they have acquired, the homes are for the most part leased, she said.  "We know we will trade wide compared to multi-family," said Hawkes, although she believes that, over time, there should be cap rate compression.

Schmitz said that he thinks this is the right time to be in the single-family rental business, because many families cannot qualify to buy homes. The rate of home ownership has dropped from 70%, at the height of the bubble, to about 65% in mid-2012, he said. "Every foreclosure creates a new tenant," said Schmitz. But over time, he thinks that some of ARP's tenants will be able to buy homes again.  At that time, he said that ARP would be happy to "finance (tenants) into a home, perhaps at a premium rate."