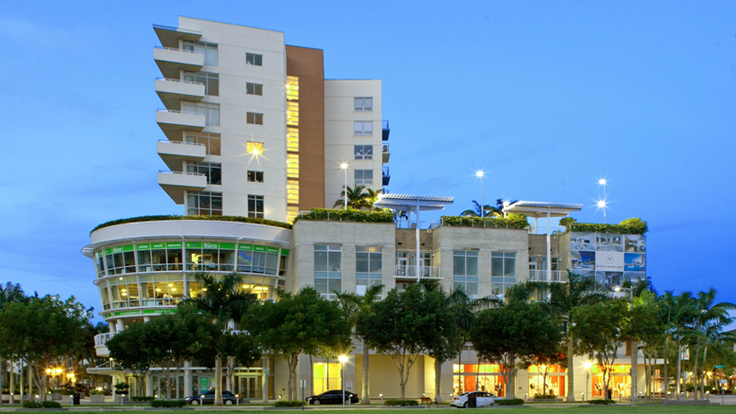 
During Art Basel Miami Beach, which kicks off today, more than 60,000 visitors are expected to visit Miami, creating an ideal situation for brokers and developers to highlight the city and their projects.

Starting Wednesday and running through the weekend, the emerging neighborhood of East Edgewater, north of downtown Miami, will feature a light installation to represent "the birth of a new neighborhood," which will be significantly developed in 3 to 4 years, Alicia Cervera Lamadrid, managing partner of Miami-based Cervera Real Estate, told WPC News. 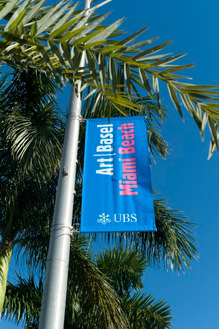 The installation will be at the site of the planned 165-unit Bay House, due for completion in 2014.

"The art in the city speaks to the maturity of the city," Ms. Cervera said. "Art Basel is showing that cultural edge that this town has and the ability to attract talent from all over the world."

The 12th edition of Art Basel Miami Beach will feature more than 250 of the world's leading galleries with more than 50,000 art connoisseurs expected to attend.

For the duration of the fair, Cervera Real Estate will invite its clients individually to VIP private events while reaching a broader audience with plans such as the light installation.

The Magic City is at the beginning of another real estate cycle boom, with more than 175 new condo projects planned in the tri-county area of South Florida, according to Condo Vultures. The increase in condo construction comes as the last boom-era inventory dwindles. Of the condos that have been sold, approximately 70 to 80 percent were to international buyers, a buying group which will be prominent during Art Basel, Ms. Cervera said.

Art is increasingly becoming part of the city's growth. The new Perez Art Museum Miami made its debut this week, poised to elevate Miami's metropolitan status. Developers are also recognizing the influence of art and are increasingly incorporating it in their projects.

Terra Group and the Related Group are also hoping to catch attention during Art Basel. Together they sponsored a design competition for the planned high-rise in Coconut Grove and will display the four entries in an exhibit called "Four (4): New Visions for Living in Miami" at the DesignMiami tent, The New York Times reported. The winning design by OMA, the office of Metropolitan Architecture/Rem Koolhas, will be included.

"Real estate in many regards is art, you're leaving behind permanent pieces of art in the form of buildings," L.J. Rodriguez, director of sales for Midtown Miami Residences, told WPC News. "This fair [Art Basel] attracts a sophisticated crowd that appreciates architecture and real estate...[and] would instantly appreciate what you're offering, its great targeted marketing for us." 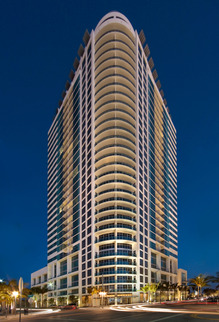 Midtown Miami Residences hopes to capture buyer interest by creating a VIP lounge for top brokers, artists and clients in a newly-remodeled penthouse of high-rise 4 Midtown, so visitors can "experience what luxury living could be at Midtown," Mr. Rodriguez said.

The developer's Midblock at Midtown, which launched sales last month, is showcasing its new lobby and model residences during Art Week. Miami street artist, Atomik, will sketch in front of the property to attract fair attendees.

Whether or not sales are closed during Art Basel, visitors are expected to leave with a renewed sense of the city.