Cash has becoming king in the U.S. housing market these days, according to a new report released this week by RealtyTrac. 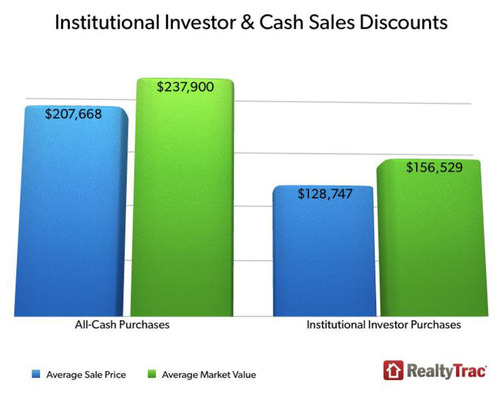 "Strict lending standards combined with low inventory continue to give the advantage to investors and other cash buyers in this housing market," said Daren Blomquist, vice president at RealtyTrac. "The good news is that as institutional investors pull back their purchasing in many markets across the country, there is still strong demand from other cash buyers -- including individual investors, second-home buyers and even owner-occupant buyers -- to fill the vacuum of demand left by institutional investors.

Cash sales more than half of all sales in Miami, New York, Detroit, Atlanta and Las Vegas 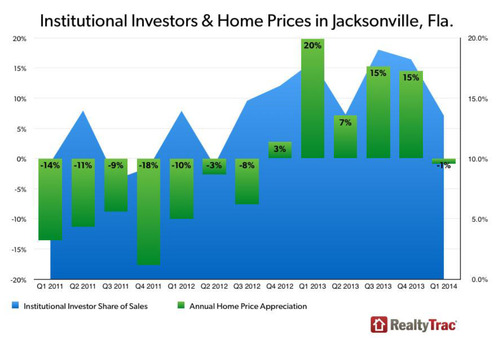 "The cash buyer segment of the Northern Nevada housing market is very strong.  More than 50 percent of transactions in our Reno office were cash sales.  High-end home sales are strong as well, and we typically see a higher percentage of those buyers purchase with cash," said Craig King, COO of Chase International, covering the Lake Tahoe and Reno, Nev., markets.  "As the level of inventory dwindles in the price points sought after by investors, so do the number of investor sales.  We continue to see a strong interest from investors, but the inventory to support the demand just isn't there."

"The Ohio housing market is experiencing low available inventory, which has created heightened competition amongst investors positioning for investment purchases on an institutional and individual basis," said Michael Mahon, executive vice president/broker at HER Realtors, covering the Cincinnati, Columbus and Dayton, Ohio, markets.  "Due to this heightened competition, we have equally noticed an increase in cash sales during the first quarter of 2014, as a negotiation tactic in capturing inventory on more advantageous pricing terms. Institutional investors maintained their active roles in purchasing Ohio housing inventory, contributing to increases in equity and property values across the state."

Among metropolitan statistical areas with a population of at least 500,000, those with the biggest annual increase in share of institutional investor purchases were Baton Rouge, La., (up 131 percent), San Francisco (up 92 percent), McAllen, Texas (up 62 percent), Allentown, Pa., (up 49 percent), and Omaha, Neb., (up 49 percent). 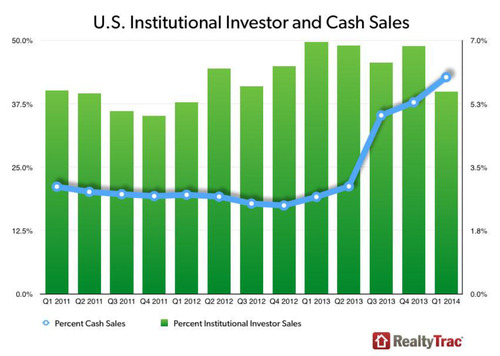 Major metro areas with an annual decrease in the share of institutional investor purchases included New York (down 44 percent), Los Angeles (down 80 percent), Chicago (down 41 percent), Washington, D.C. (down 52 percent) and Phoenix (down 14 percent).

"Institutional investors have bought up much of the affordable inventory they are traditionally interested in, which explains the decrease in institutional investor sales," said Chris Pollinger, senior vice president of sales at First Team Real Estate, covering the Southern California market.  "We are seeing a rise in foreign buyers purchasing high-end homes, which is contributing to the rise in all-cash purchases.

"Inventory shortages as well as lending regulations favor the all-cash buyer, which explains the increase in cash sales on both a national and local level," Pollinger added.

"There just aren't as many listings to satisfy the demands of institutional investors in the Oklahoma market.  REO Listing inventory is down 50% in Oklahoma City from a year ago and down 20% in Tulsa," said Sheldon Detrick, CEO of Prudential Detrick/Alliance Realty, covering the Oklahoma City and Tulsa, Okla. markets.  "So you have more investors chasing a much smaller pie; resulting in multiple offers and higher sales prices."