(MIAMI, FL) -- Based on the latest data from the Miami Association of Realtors, Miami's Metropolitan Statistical Area (MSA) residential sales - including existing single-family homes and condominiums - increased 23 percent in the fourth quarter of 2011, from 4,722 to 5,839, compared to a year earlier. This rise marks 14 consecutive quarters of rising sales that culminated in a record-breaking year for the Miami real estate market.

"The Miami real estate market experienced further strengthening in the last quarter of 2011, a record-breaking year for Miami home sales," said Martha Pomares, 2012 Chairman of the Board of the Miami Association of Realtors.  "International buyers and investors have absorbed the excess inventory in existence two and three years ago, resulting in limited housing supply and now rising prices.  And we expect further strengthening in 2012." 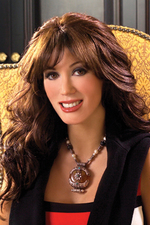 Despite short sales and REOs (bank-owned properties) continuing to account for a significant percentage of closed home sales in Miami, limited supply and heightened demand are driving price appreciation earlier than expected.

Inventory Levels and Months of Supply