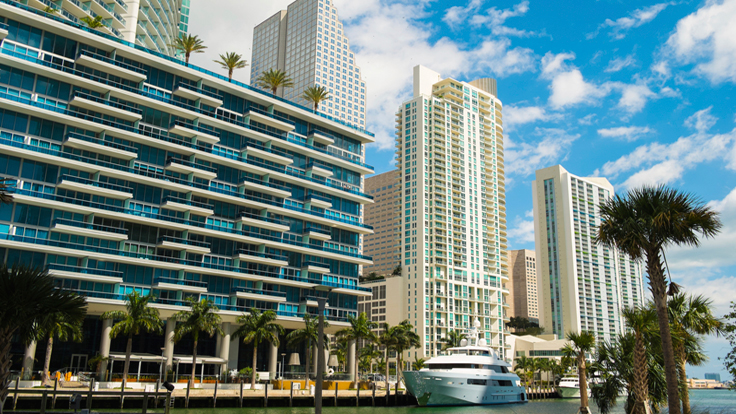 Home buyers from Colombia, France, Mexico and Italy are playing a larger role in the Miami real estate market, according to data released today by the Miami Association of Realtors.

But there were new groups in the top 10, including Colombians, who accounted for 8 percent of sales, tied with Canadians. French buyers were responsible for 5 percent of sales, with Mexican and Italians representing 4 percent each.

"This is the first time Italy has moved into the top tier," said Miami Association of Realtors chief executive Teresa King Kinney, speaking during the Miami group's annual international congress.

Miami is the most active city in the country for foreign buyers, with 77 percent of realtors reporting working with at least one international client, compared to 27 percent nationally.

Chinese buyers, the second largest group nationally, play only a small role in Miami, but Ms. Kinney expects that to change with the addition of direct flights from Asia.

"We expect Chinese to be moving up significantly in the charts," she said.