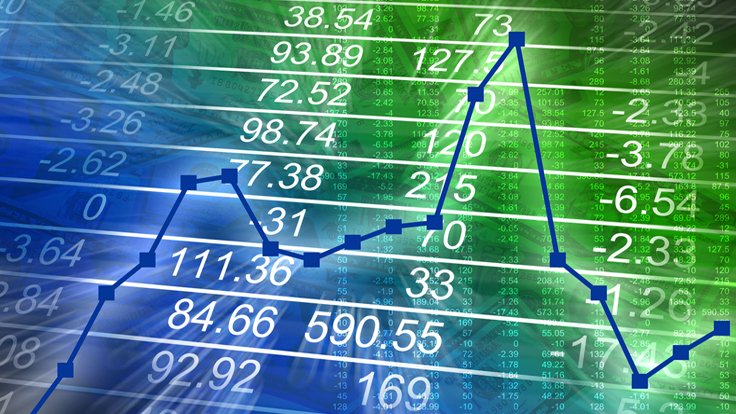 Mortgaged Homes Returning to Positive Equity in the U.S.


The number of U.S. homes considered to have serious negative equity dropped in December 2013, according to the latest U.S. Home Equity & Underwater Report from RealtyTrac.

A total of 9.3 million homes were "deeply underwater" -- homes worth at least 25 percent less than the combined loans for the property -- representing 19 percent of all homes with a mortgage in December. 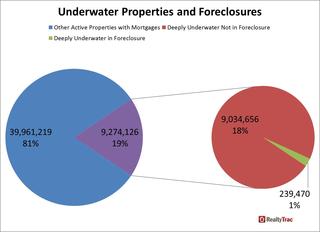 The figure dropped from the 10.7 million homes deeply underwater in September 2013, and was lower than the 10.9 million properties in January 2013. The December number is also down from the peak of 12.8 million in May 2012.

In December, a total of 239,470 homes in the foreclosure process were considered deeply underwater, representing 48 percent of all properties. That was 60,000 fewer than three months prior.

The report also highlighted the percentage of homes in the foreclosure process with positive equity in December. The number increased to 31 percent, from 24 percent last September.

"During the housing downturn we saw a downward spiral of falling home prices resulting in rising negative equity, which in turn put millions of homeowners at higher risk for foreclosure when they encountered a trigger event such as job loss," Daren Blomquist, vice president at RealtyTrac, said in the report. "Now we are seeing the reverse trend: rising home prices resulting in falling negative equity, which in turn is giving millions of homeowners a lifeline to avoid foreclosure when they encounter a trigger event."

A report from CoreLogic showed more U.S. mortgaged homes returned to positive equity in the third quarter of 2013.

The percentage of equity-rich homeowners -- with at least 50 percent equity -- increased from 16 percent to 18 percent in December. The figure is getting closer to a tipping point that should result in a larger inventory of homes listed for sale, according to RealtyTrac.

However, millions of homeowners still face the battle of deep negative equity, and it could take years before they come out of the hole, the report states.

"The longer these homeowners remain in a negative equity position without relief in the form of a principal loan balance reduction, the more likely that foreclosure will become the path of least resistance for them," Mr. Blomquist said. 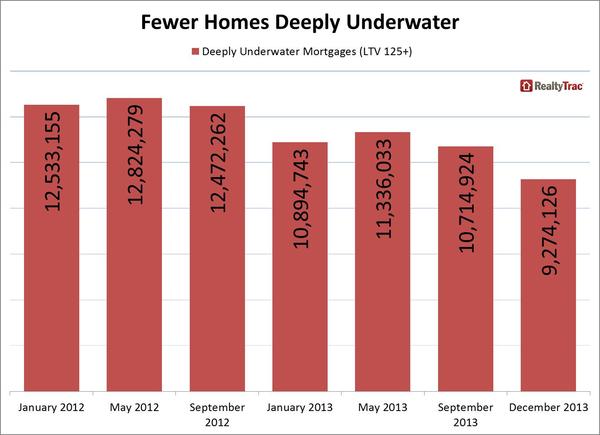