Villas on Palm Jumeirah decline the least in value

According to the Dubai-based real estate company Luxhabitat, the total value of villa transactions are valued at AED 938 million for 61 villas sold between January and October 2015.

Mirroring the rest of the Dubai residential market, the prices per square feet has declined up to 16.4% over the past year. However, it is interesting to note that the Palm villa prices have not dipped as much as the prices in 2013. 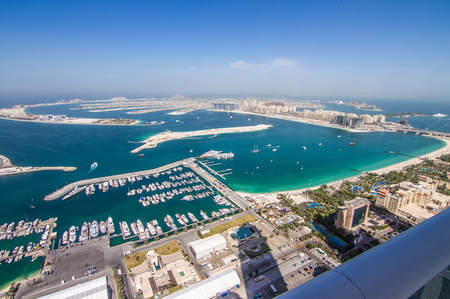 Despite the increase in transaction fees, Palm villas continue to be sold. Anne Ogilvie, Palm Luxury Sales Specialist at Luxhabitat says, "The decrease in prices per square feet at the Palm Jumeirah is reflective of the natural correction of the market. There are, of course, sellers waiting for the prices to drop, but what we are looking at really is a plateau in prices."

The Palm villas sold last year at a price of AED 2,992 per square feet, compared to AED 2,499 per square foot this year. Prices per square feet in 2013 were AED 2,317 per square feet, which is not too far from the current prices in 2015. Luxhabitat predicts the prices of the villas on the Palm to rise again within the 18 months, especially due to a renewed interest and increased retail options to be ready before 2020.

Besides rich GCC families making the Palm their holiday home, there are several European and Indian ultra high net worth individuals who have the Palm as their second or third investment home. An upgraded villa on the Palm could get you rental returns up to AED 1 million per year.

In terms of stock, there are various options for both investors and end-users, but Ogilvie claims that there is a new breed of buyers on the Palm; those that want to make it their second home. "These end-users look to buy plots on the remaining unbuilt fronds in order to build "super villas", akin to those in Los Angeles or Miami. We expect a sizeable number of them to build and then introduce them to the secondary market."

AA Properties is offering their M tip villas, one of which was sold by Luxhabitat earlier in the year for AED 65 million; making it one of the most expensive transactions on the Palm this year. The most expensive land transaction was AED 349 million. 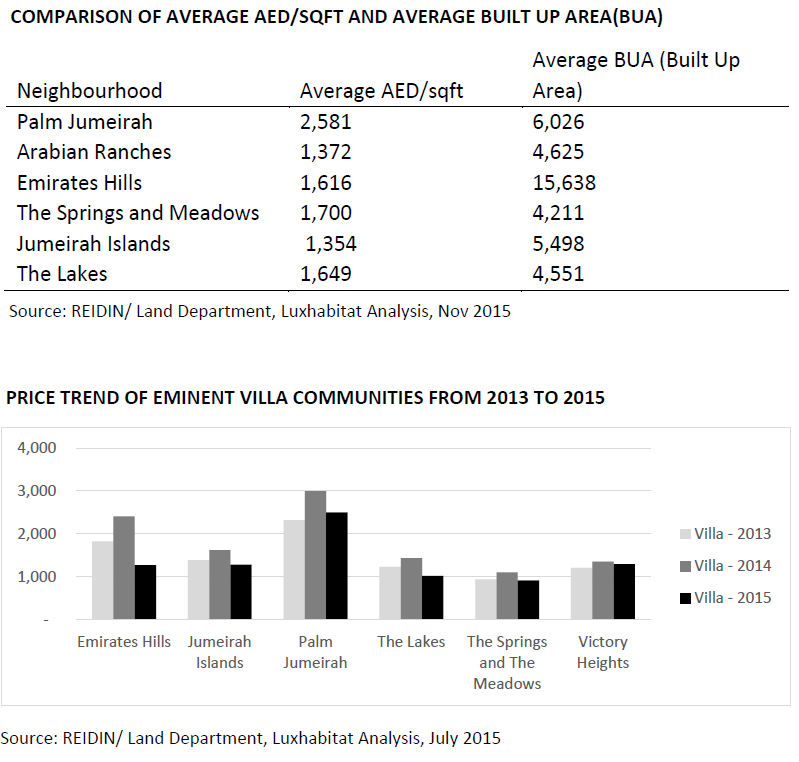 On observing the net change in prices from 2013 to 2015, the Palm Jumeirah has a net increase in prices per square feet by 13%, which shows that demand remains stable. "Property on the Palm is different compared to the rest of Dubai, the prices are relatively inelastic." Says Ogilvie. The hardest hit area in terms of price changes since 2013 is the Emirates Hills area, which faced a decline in prices per square feet by 15%.