According to JLL's latest Hong Kong Residential Sales Report released this week, property developers are speeding up the launch of new residential projects and lower asking prices to maintain sell-through rates ahead of the implementation of the much heralded vacancy tax.

Despite secondary market prices having increased by 3.7% in 2019 so far, JLL also maintains its forecast for prices to retreat by 5% or more for the year as a whole.

The government gazetted the vacancy tax proposal earlier this month with a view of passing the bill into law before the end of the year. The new tax, which is set at 200% the rateable value of a property--currently around 5% of the property's price--will be levied on all new units which have been left unsold one year after being issued with their Occupation Permits or have not been leased out for more than six months over the same period. 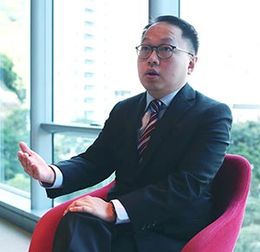 Henry Mok, senior director of Capital Markets at JLL in Hong Kong comments, "The glut of new units that are likely to hit the market because of the new tax comes at a time when market sentiment is weakening against the dour outlook for the local economy. For developers looking to maintain high sell-through rates, a further lowering of asking prices appears to be unavoidable. Given the tight spread between the primary and secondary markets, we believe that this will ultimately result in a drop in secondary market prices."

He added, "According to the latest government statistics, there were around 10,000 vacant units in the primary market at the end of June. This amounts to about 20% of the total number of vacant units in the market as at end-2018. Although the new levy will only apply to a small portion of the market, it is still likely to help lift supply that is desperately needed over the near term with developers to accelerate launches of new residential projects ahead of the implementation of the vacancy tax." 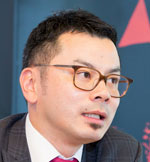 Denis Ma, head of Research at JLL in Hong Kong says, "Over the longer-term, the introduction of the vacancy tax may also help increase the supply of mass residential units as developers shun luxury projects, which usually have much longer sales cycles."

Residential transactions in August continued to shrink amid an ailing property market. According to data from the Land Registry, residential S&P volumes dropped by 15% month-on-month to 4,084 transactions.

Against the drop in sales, the JLL Mass Residential Index in August also fell 0.3% month-on-month, declining by 0.6% year-on-year.