Rent inflation driven by extreme shortage of inventory in Q3

Based on the latest Rental Report by daft.ie, Ireland residential market rents in the third quarter of 2022 were an average of 14.1% higher than the same period a year earlier, as availability of rental homes remained near an all-time low.

The annual rent inflation rate of 14.1% nationally is the highest ever recorded in the Daft.ie Report since its launch in 2006, with the quarter-on-quarter increase also a new series high. The rate of inflation in Dublin was 14.3% while in Cork city, the annual change in market rents was 12.1%, in both cases higher than three months ago. The rate of inflation in the three other principal cities - Galway, Limerick and Waterford - was higher again, ranging from 16.4% in Galway to 17.4% in Waterford. Outside the cities, the average annual increase in market rents was 13.8%.

Once again, the increase in market rents around the country is driving extraordinary shortages in the availability of rental accommodation. Nationwide, there were just 1,087 homes available to rent on November 1st, down one quarter on the same date a year ago and roughly quarter the average level of availability during 2015-2019.

Commenting on the report, Ronan Lyons, Associate Professor of Economics at Trinity College Dublin and author of the Daft Report said, "Over the past 20 years, the best predictor of future changes in rents is the number of homes available at any particular point in time. As that has collapsed over the past 18 months, it was apparent that there would be significant upward pressure on rents all across the country. This has been confirmed in these latest figures, which show record quarterly and annual increases in market rents, despite rents already being at very high levels. Government policy recognised a few years ago that supply of new rental homes was critical to addressing the shortage. However, there are signs that the government plans to scrap the build-to-rent planning classification. The BTR system has helped generate a pipeline of tens of thousands of new rental homes that are now coming on stream and represent the best hope for alleviating the chronic shortages in the rental market. If the BTR system is to go, policymakers must have a clear plan on how tens of thousands of new rental homes will be delivered this decade in all major towns and cities." 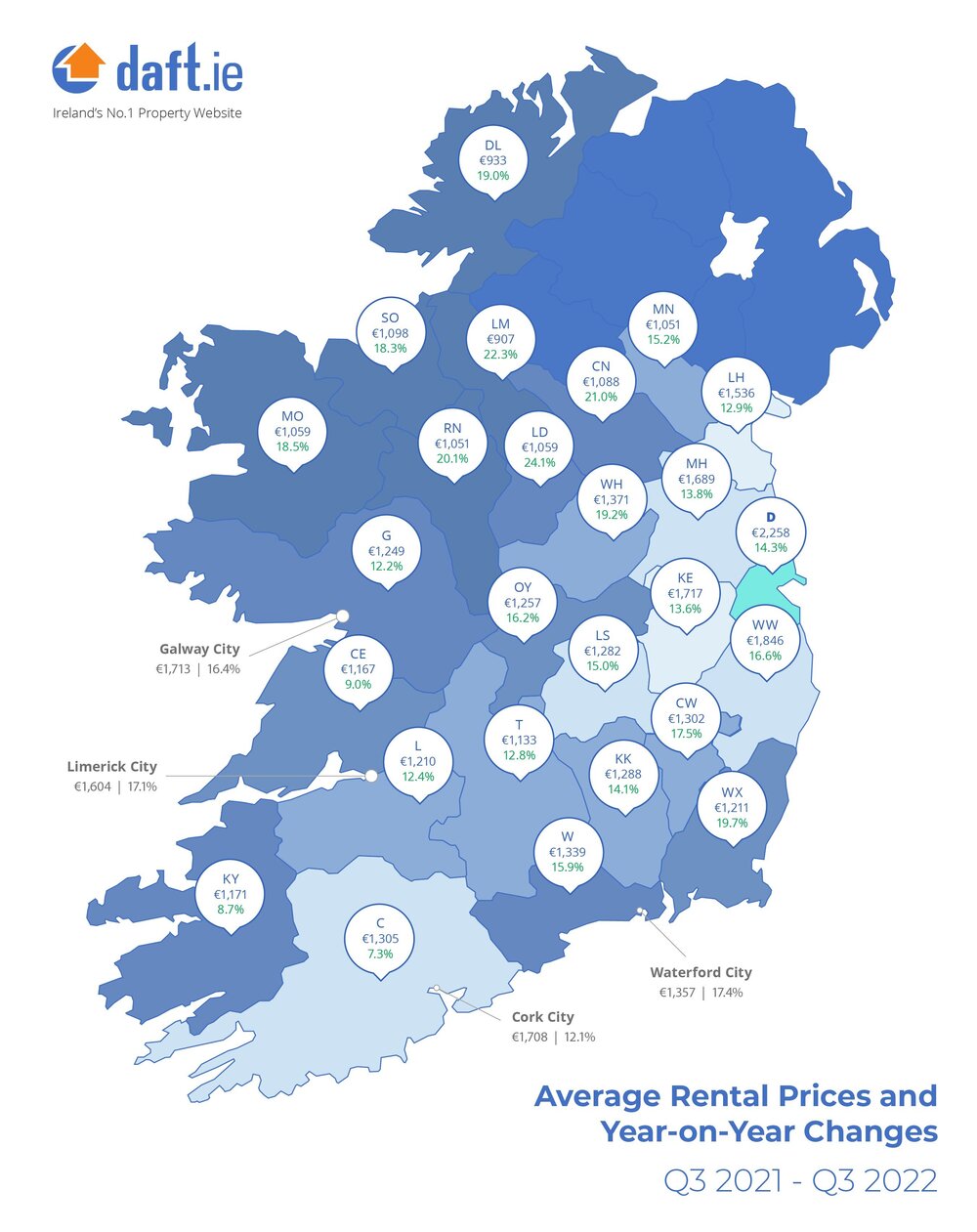