Rising Home Prices in U.S. Causing Many Millennials to Go Over Budget

According to Zillow, millennials poured some $514 billion into the U.S. housing market over the last year as the largest generation of homebuyers. But new survey data shows their homeownership aspirations are stymied by affordability issues, frustration with the buying and selling process, and a cutthroat housing market.

More than half of young buyers (53 percent) make multiple offers to buy their first home, and only two in five millennials (39 percent) are able to make the recommended 20 percent or more down payment.

Based on Zillow Group's newly released report titled Consumer Housing Trends 2017 shows how the nation's highly competitive housing market is changing the way a new generation approaches buying a home. The second annual report is the largest and most comprehensive survey of real estate consumers ever conducted.

More than half of millennials (62 percent) shop for a rental while they're looking to buy a home, indicating they accept the fact that buying a home is not a sure thing. They are more likely to say they struggled to find a home in their price range and on their time frame, and over one-third (37 percent) of millennial buyers say they went over their budget, compared to 29 percent of all buyers.

Coming up with a down payment is one of the biggest hurdles young buyers face, and the Zillow Group Report sheds light on previously unknown statistics about how millennials are pulling together enough cash. Less than half (39 percent) of millennials put down the recommended 20 percent or more on their home purchase, while one in four (21 percent) put down the bare minimum -5 percent or less -- in order to secure a home loan.

"In many cities across the US, the housing market is extremely competitive, especially for first-time buyers who are looking to purchase a starter home," said Zillow Chief Economist Dr. Svenja Gudell. "Young buyers often start their careers in fast-growing cities in which the market is particularly tough - and they're trying to save for a down payment while making record-high rent payments. The Zillow Group Report gives us a behind-the-scenes look at how young buyers, in particular, are finding resourceful ways to cope with high home prices and fierce competition. Whether it's searching for a rental as a Plan B, looking outside their preferred neighborhood, or cobbling together a down payment from multiple sources, these buyers are willing to try every trick in the book in order to find a place to call home."

Homeownership is simply out of reach for many Americans, including many families. In today's hot housing market, more Americans are renting than at any time in recent history. Forty percent of families with children at home are renters.

Gen Z -- those born between 1995 and 2010 -- already makes up more than 21 percent of the U.S. population, and is the most ethnically and racially diverse generation in U.S. history. They are beginning to enter the housing market as renters.

The Zillow Group Report reveals that those in Gen Z are just as likely as those in older generations to say owning a home is a key component of the American Dream; 57 percent say they considered buying a home when they looked for their last rental.

Generation Z renters work hard to win a home and end up submitting more rental applications than any other generation (3.1 applications compared to 2.5 for all renters), yet they also move quickly through the process, spending the least amount of time searching (less than one month, compared to 26 percent of all renters).

"It's encouraging to see that Generation Z is inheriting the same notion of what home means as their parents and Millennial siblings," saidJeremy Wacksman, Zillow Group chief marketing officer. "These tech-savvy, yet risk adverse renters are bringing their social personalities home, desiring communal amenities geared toward bringing people together. They prefer living with others to living alone, and they put their vast social networks to work during every step of the rental search process. As they mature and look toward homeownership, it will be interesting to see how their aspirations and preferences will shape the housing market." 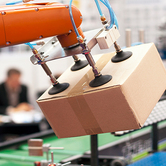