According to the National Association of Realtors, existing-home sales recorded a third straight month of declines, slipping slightly in April 2022.

Month-over-month sales were split amongst the four major U.S. regions, with two areas posting gains and the other two experiencing waning in April. Year-over-year sales struggled, as each of the four regions reported dips.

"Higher home prices and sharply higher mortgage rates have reduced buyer activity," said Lawrence Yun, NAR's chief economist. "It looks like more declines are imminent in the upcoming months, and we'll likely return to the pre-pandemic home sales activity after the remarkable surge over the past two years."

"Housing supply has started to improve, albeit at an extremely sluggish pace," said Yun.

He also noted the rare state of the current marketplace. "The market is quite unusual as sales are coming down, but listed homes are still selling swiftly, and home prices are much higher than a year ago," said Yun.

"Moreover, an increasing number of buyers with short tenure expectations could opt for 5-year adjustable-rate mortgages, thereby ensuring fixed payments over five years because of the rate reset," he added. "The cash buyers, not impacted by mortgage rate changes, remain elevated."

Individual investors or second-home buyers, who make up many cash sales, purchased 17% of homes in April, down from 18% in March and equal to 17% in April 2021.

Distressed sales - foreclosures and short sales - represented less than 1% of sales in April, equal to the percentage seen in March and down from 2% in April 2021.

"As we find ourselves in the midst of a massive housing shortage, NAR continues to work with leaders across the private and public sectors to help close this deficit," said NAR President Leslie Rouda Smith. "As the nation's largest real estate association, we are urging policymakers to enact zoning reforms, homebuilder incentives, and other necessary regulations to help correct this situation."

Existing-home sales in the South fell 4.6% in April, posting an annual rate of 2,490,000, which represents a decrease of 5.7% from one year ago. The median price in the South was $352,100, a 22.2% climb from one-year prior. For the eighth consecutive month, the South recorded the highest pace of price appreciation in comparison to the other three regions. Additionally, the South is the only region to report year-over-year double-digit price gains. 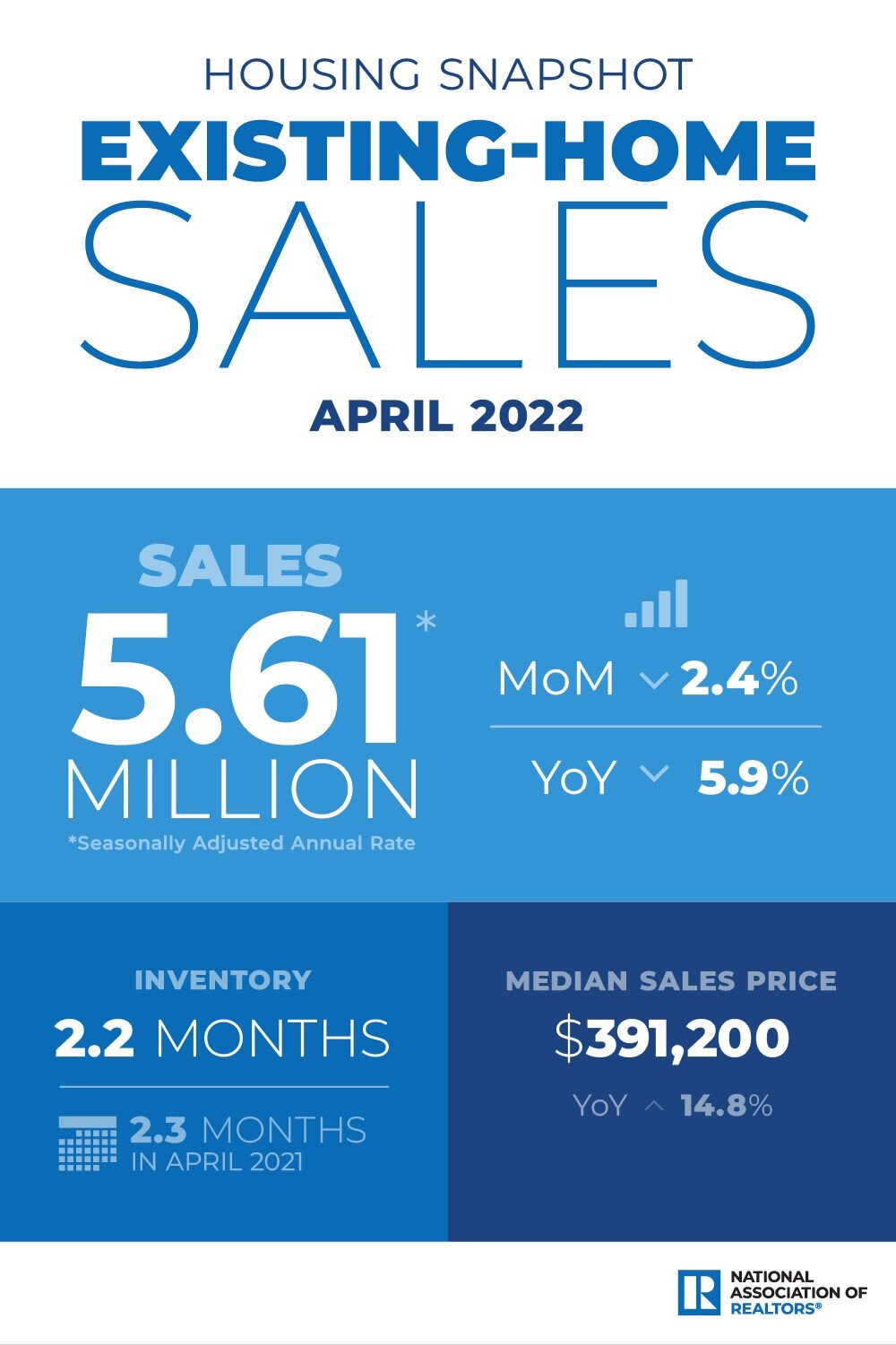