Based on ATTOM Data Solutions newly released Q1 2020 Vacant Property and Zombie Foreclosure Report, over 1.52 million U.S. single-family homes and condos in the United States are vacant, representing 1.5 percent of all homes.

"Homes abandoned by owners facing a possible foreclosure remain little more than a blip on the radar across the country, as one of the main scourges of the Great Recession continues to show little or no signs of re-emerging," said Todd Teta, chief product officer with ATTOM Data Solutions. "Even with the slight increase in these so-called 'zombie foreclosures,' so far this year, there are still pockets of distress with elevated numbers of abandoned homes. But in yet another reflection of how the national housing market is still booming, you can drive through many towns and not pass a single such property."

High-level findings from the report: 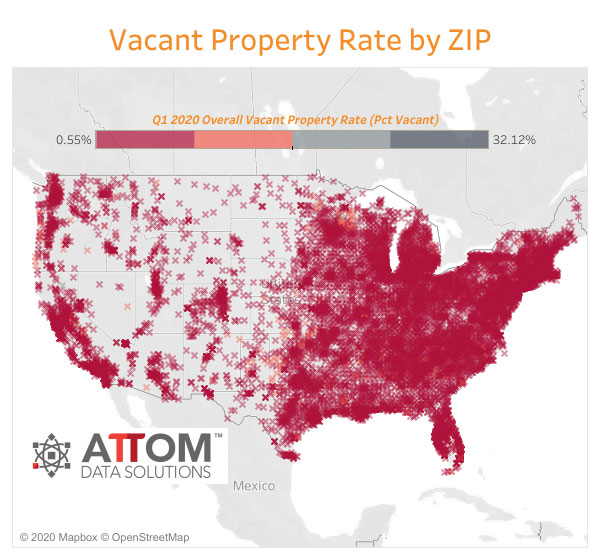