According to a new Zillow analysis and data, millions of homeowners across the country lost their homes in the 2007 to 2015 foreclosure crisis, missing out on the opportunity to regain and grow their net wealth as the housing market recovered. But in black and Hispanic communities the foreclosure crisis hit especially hard, and foreclosed homes in those areas have yet to fully recover.

When the housing market crashed, many homes lost a significant share of their value, especially among homes that were ultimately foreclosed. In Hispanic and black communities, foreclosed home values fell by more than 50 percent.

As the market recovered and home values rebounded, foreclosed homes saw strong appreciation - equity growth that the former owners couldn't access. Foreclosed homes in black and Hispanic communities have more than doubled in value since reaching their lowest point, though they remain 4.7 percent and 9.5 percent below their peaks.

Losing a home to foreclosure is especially impactful for Hispanic and black homeowners, who historically have held the majority of their net worth in their homes. Near the height of the housing bubble in 2007, Hispanic and black homeowners had 73.1 percent and 61.8 percent of their net worth tied up in their homes. For white homeowners, that number was only 46.5 percent.

"The housing bust and foreclosure crisis that followed resulted in a disproportionate number of people of color losing not only the roof over their heads, but the wealth--and the opportunity to potentially build more--that came with it," said Zillow Senior Economist Sarah Mikhitarian. "Black and Hispanic homeowners were more exposed to the foreclosure crisis because homes accounted for such a large share of their wealth. With fewer assets to draw on, it was harder for them to hold onto their homes if they fell underwater on their mortgages, owing more than their home was worth. For people who ultimately succumbed to foreclosure, they missed out on the opportunity to see their home's equity--and therefore their wealth--climb back up." 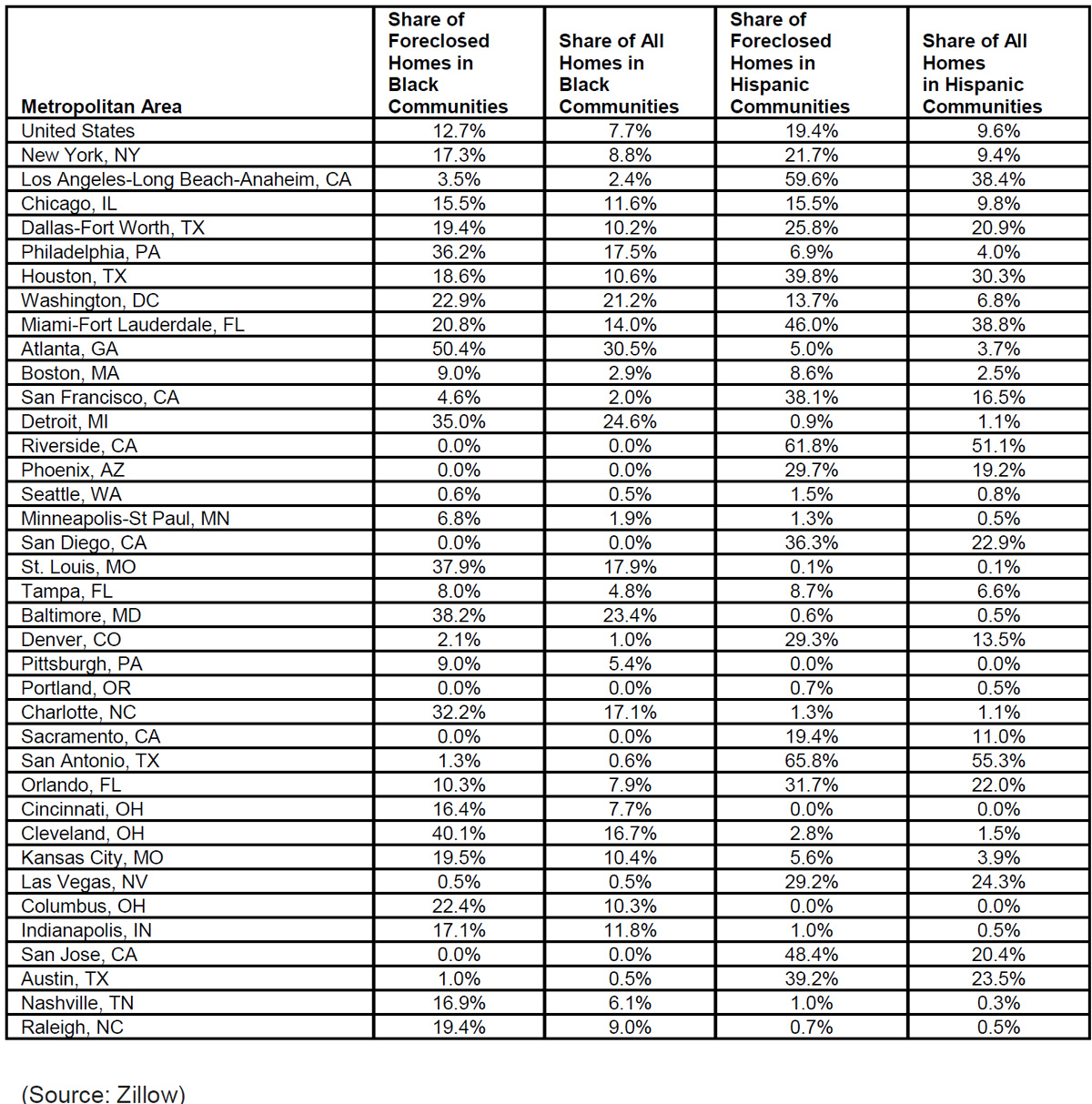