According to RealtyTrac's Q1 2015 Cash, Investor & Distressed Sales Report, owner-occupant buyers accounted for 63.2 percent of all residential single family home and condo sales in the first quarter of 2015, down from 65.8 percent in the previous quarter and 68.6 percent a year ago to the lowest quarterly level going back to the first quarter of 2011, the earliest quarter with data available.

In addition, the homeownership rate in the first quarter of 2015 fell to 63.7 percent, the lowest since 1990, according to the U.S. Census.

A total of 14,621 single family homes were sold to institutional investors -- entities that purchase at least 10 properties in a calendar year -- in the first quarter of 2015, 3.4 percent of all sales and down from 6.2 percent a year ago, the lowest share in four years.

"The first quarter sales data broken down by owner-occupancy status suggest two important trends in the housing market: first, investor activity continues to represent a disproportionately high share of all home sales activity in this housing recovery, but unlike the past three years the large institutional investors are backing out while the smaller, mid-tier and mom-and-pop investors are remaining active," said Daren Blomquist, vice president at RealtyTrac. "The second trend is that a growing number of investors are not buying all-cash, but instead are taking advantage of the broader set of financing options now available to them thanks to a new crop of nationwide companies that have emerged offering financing specifically for investment properties."

Among metros with a population of at least 500,000 and with sufficient housing data the top metros for overall investor purchases were in Cape Coral, Florida (60.4 percent), Detroit, Michigan (59.3 percent), Sarasota, Florida (59.0 percent), Lakeland, Florida (50.8 percent), and Columbus, Ohio (50.5 percent).

"In our market, it is very difficult to fulfill the small investor's appetite for investment in residential properties. There are few places for an individual or smaller investor to get a return on the cash at their disposal. Although cap rates are low, so are mortgage rates. So they may very well achieve 3 to 5 percent cash on cash return, plus enjoy appreciation in value and some favorable tax benefits. All while reducing the loan amount," said Greg Vaughan, owner/broker at RE/MAX Alliance, covering the Northern Colorado market where overall investor activity increased to 24 percent in the first quarter of 2015. "Institutional investors are becoming less aggressive in the Colorado markets now likely because the combination of apartment complex construction along with strong occupancy rates has pushed rents to record levels. They see the supply/demand balancing."

"As prices rise we see institutional investors continue to pull out of the market, however we did see a small increase in overall investor activity," said Mark Hughes, chief operating officer with First Team Real Estate, covering the Southern California market, where overall investor activity increased to 29.2 percent in the first quarter of 2015. "There was a small blip in foreclosure activity during the quarter, which was a natural correction, given the boom/bust market we have seen over the past few years. Some of the smaller tiered investors were there to take advantage of these opportunities."

All-cash buyers accounted for 25.9 percent of all single family home and condo sales in the first quarter of 2015, down from 30.3 percent in the fourth quarter of 2014 -- a four-year low.

"Miami real estate is a magnet for world money. We continue to see strong investment from our South and Central American neighbors and also strong Canadian interest," said Mike Pappas, CEO and president of the Keyes Company, covering the South Florida market. "Safety, lifestyle and future appreciation are driving the cash buyers." 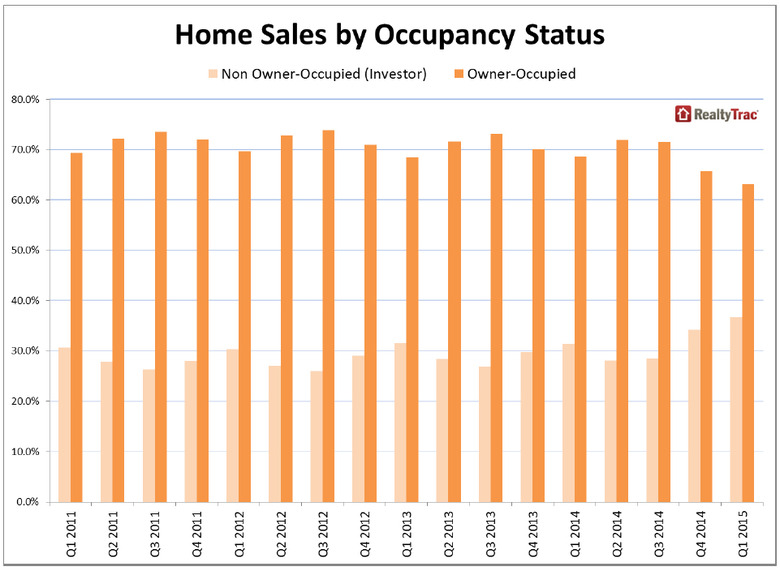 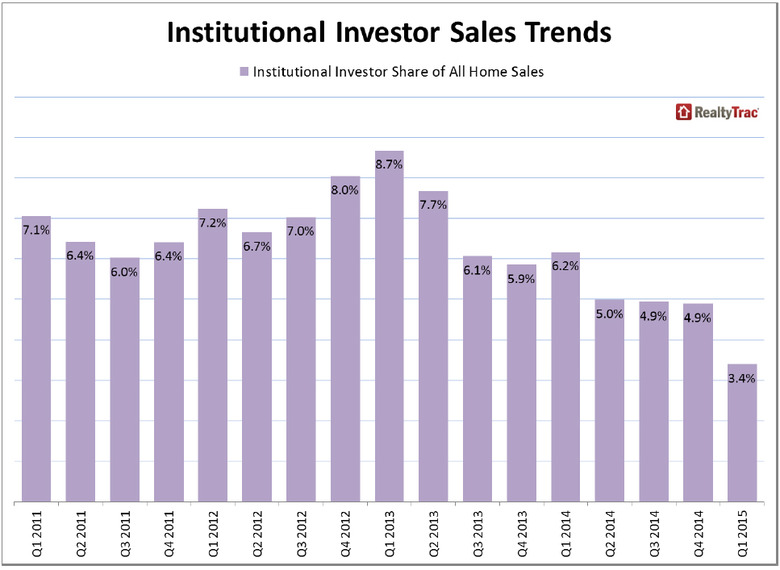 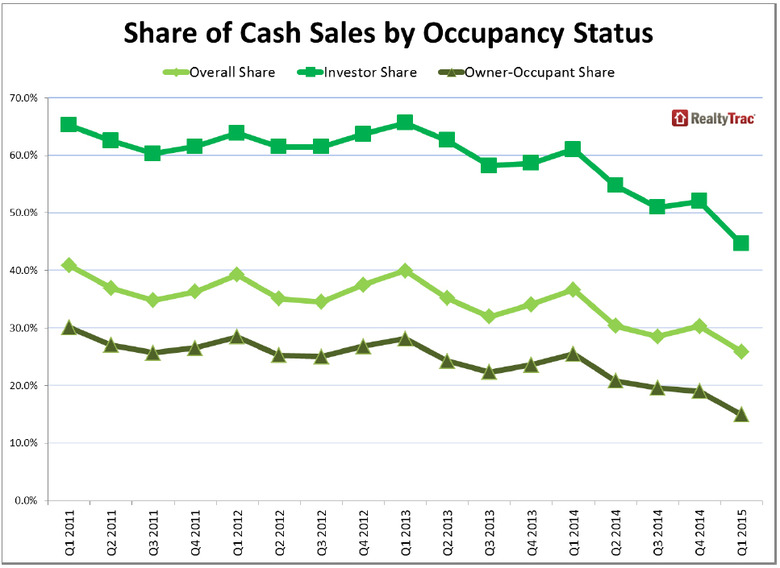 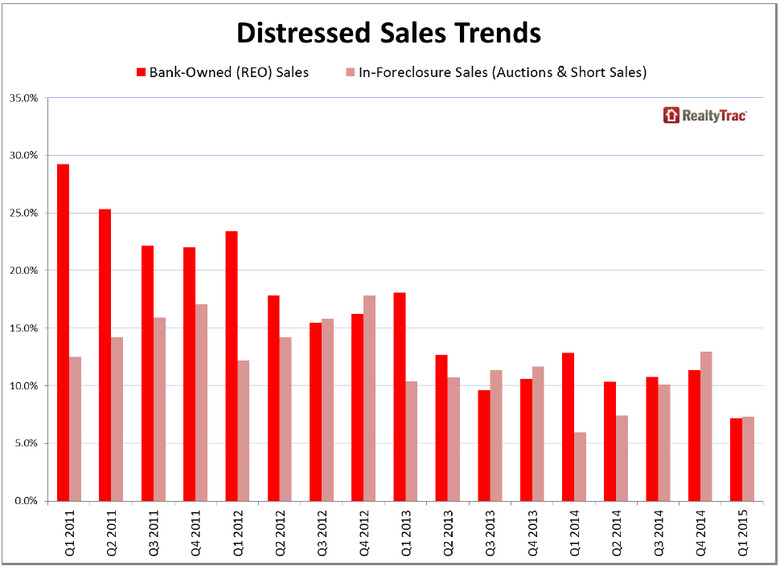