Home Flipping Declines After Posting a 6-Year High in Q2

According to ATTOM Data Solutions' Q3 2016 U.S. Home Flipping Report, a total of 45,718 single family U.S. home and condo sales were flips in the third quarter of 2016, representing 5.1 percent of all single family and condo sales during the quarter. The 5.1 percent Q3 2016 home flipping rate was down from a 5.6 percent rate in the previous quarter and unchanged from Q3 2015.

"While the macro trends of low housing inventory and rising home prices are favorable for flippers, they are also a double-edged sword, attracting more competition and reducing the availability of deals -- particularly in the most fundamentally sound local markets," said Daren Blomquist. "This is chasing some investors into markets and neighborhoods that may be less fundamentally sound but also offer more value-add opportunities for flippers in the form of aging housing inventory."

Share of flips purchased with cash at eight-year low

Among 92 metropolitan areas with at least 90 homes flipped in the third quarter, those with the lowest share purchased with cash were Colorado Springs (35.6 percent); Harrisburg, Pennsylvania (39.1 percent); Denver (44.6 percent); Seattle (52.4 percent); and Providence, Rhode Island (52.8 percent).

"Home flipping is currently on the decline in the Seattle area due to inventory constraints and climbing home prices, which limit the profit potential and make these purchases inherently more risky," said Matthew Gardner, chief economist at Windermere Real Estate, covering the Seattle market. "The fact that over half of homes that are bought for flipping are financed rather than cash purchases signifies that prices are getting to levels that are out of reach for flippers. Rising mortgage rates will be a further inhibitor to home flipping and will likely cause these numbers to contract even further." 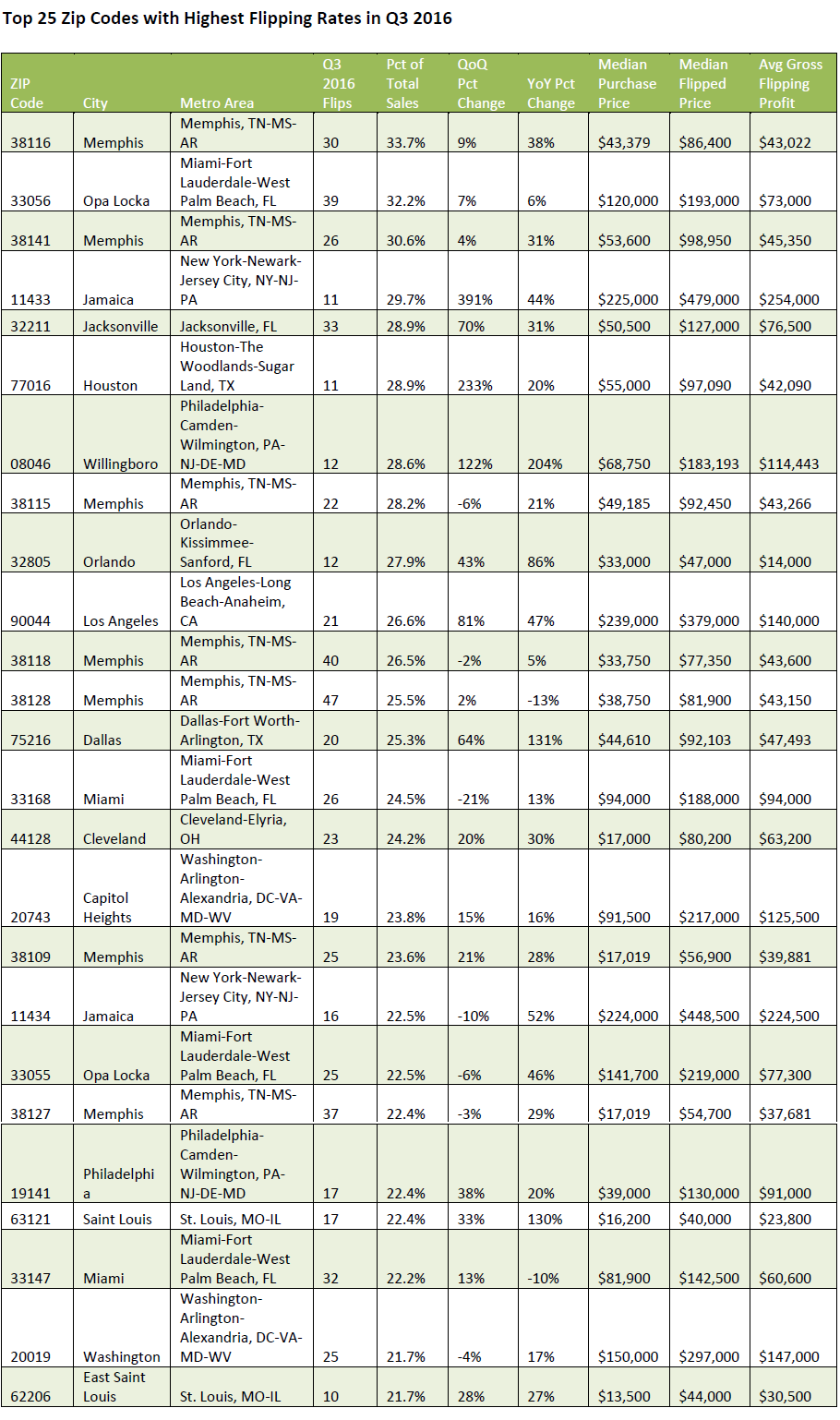 "While the high-level gross flipping profits are impressive, it's important to note that they do not include all the costs incurred by flippers, including rehab, financing, property taxes and other carrying costs," Blomquist noted. "It's also important to note that the overall averages mask the fact that not every flip ends profitably for the investor. About 8 percent of the homes flipped in the third quarter actually sold for less than what the flipper purchased them for, and about 21 percent of the flips yielded a gross flipping ROI below 10 percent -- likely meaning the flipper walked away with a net loss on the deal."

Among the 92 metropolitan statistical areas with at least 90 home flips in Q3 2016, those with the highest average gross flipping ROI for homes flipped during the quarter were Cleveland (155.3 percent); Pittsburgh (146.9 percent); Reading, Pennsylvania (116.0 percent); Philadelphia (114.8 percent); and Clarksville, Tennessee (107.4 percent).

Flippers buying at a 25 percent discount, selling at a 7 percent premium 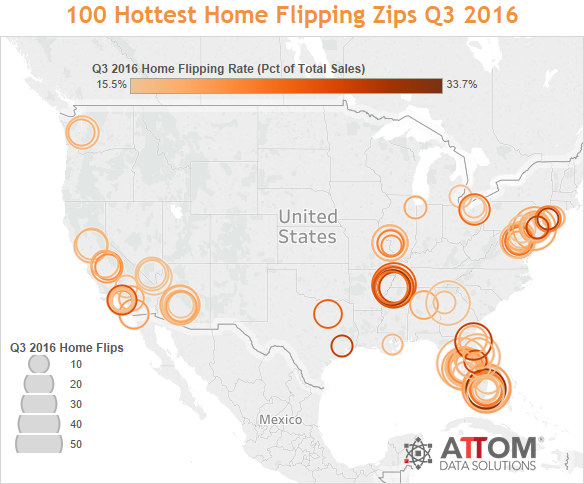