According to ATTOM Data Solutions' Q1 2019 U.S. Home Sales Report, U.S. homeowners who sold in the first quarter of 2019 realized an average price gain of $57,500 since purchase, representing an average 31.5 percent return on the purchase price.

Meanwhile, the report also shows that homeowners who sold in the first quarter had owned an average of 8.05 years, down slightly from a record-high average homeownership tenure of 8.17 years in Q4 2018 but still up from 7.75 years in Q1 2018. Homeownership tenure averaged 4.21 years nationwide between Q1 2000 and Q3 2007, prior to the Great Recession.

"We are starting to see homes sales prices and profit margins softening for the nation, and the average homeownership tenure did see a slight dip from last quarter," said Todd Teta, chief product officer at ATTOM Data Solutions. "However, home prices are still above pre-recession peaks in 59 percent of local markets, and as the buying season starts to kick into gear, the next few months may provide even more answers to the question of whether a lasso is indeed around the market or if the recent trend is a temporary bump in the ride."

Counter to the national trend, the average homeownership tenure in Q1 2019 decreased from a year ago in 25 of 108 metro areas analyzed in the report (23 percent), including Kansas City, Tucson, Boston, Orlando, and Oklahoma City.

Average home seller gains down from previous quarter, up from year ago

Institutional investor sales share down nationwide, up in 29 percent of local markets

The share of U.S. single family home and condo sales sold to institutional investors (entities buying at least 10 properties in a calendar year) was 1.8 percent in the first quarter, down from 3.7 percent in the previous quarter and down from 2.2 percent a year ago.

Total distressed sales -- bank-owned (REO) sales, third-party foreclosure auction sales, and short sales -- accounted for 14.2 percent of all single family and condo sales in Q1 2019, up from 12.9 percent in the previous quarter but down from 15.2 percent in Q1 2018.

Sales to FHA buyers (typically first-time homebuyers or other buyers with a low down payment) represented 10.9 percent of all U.S. single family and condo sales in Q1 2019, up from 10.8 percent of all sales in the previous quarter but down from 11.8 percent in Q1 2018 to the 8th consecutive quarter with annual decreases.

Among metro areas with a population of at least 1 million, those with the highest share of sales to FHA buyers were Indianapolis, Indiana (18.5 percent); Riverside, California (18.0 percent); Houston, Texas (17.3 percent); Providence, Rhode Island (16.2 percent); and Hartford, Connecticut (16.2 percent). 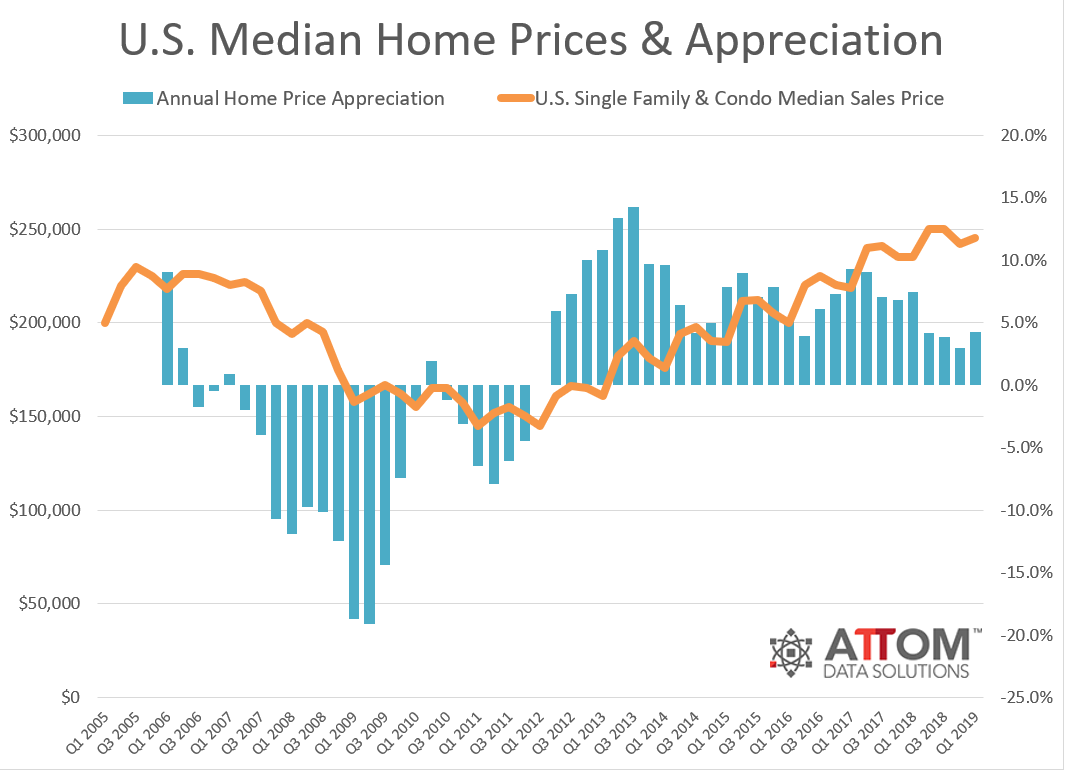 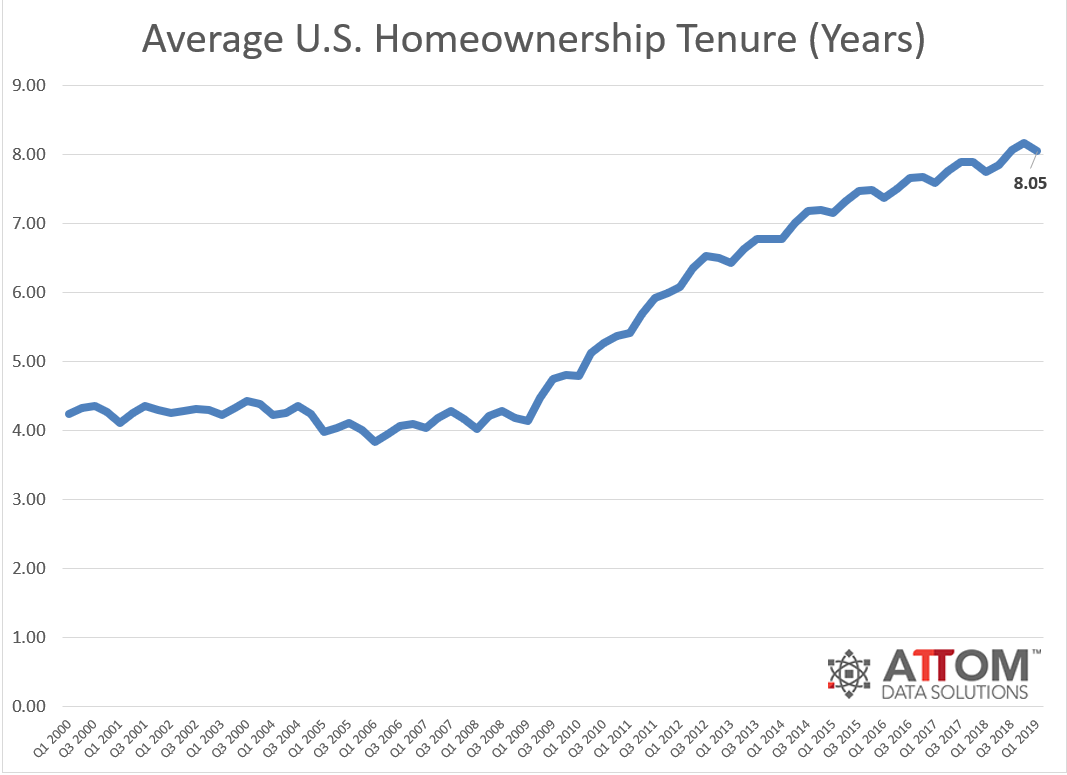 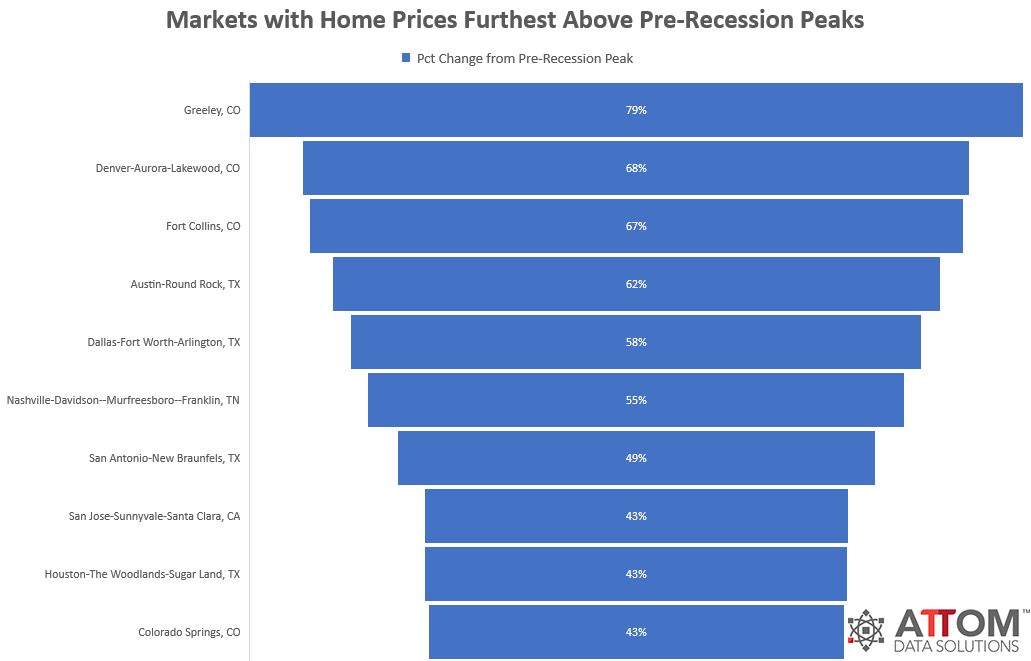