According to ATTOM Data Solutions newly released Q2 2019 U.S. Home Flipping Report, 59,876 U.S. single family homes and condos were flipped in the second quarter of 2019, up 12.4 percent from the previous quarter, but down 5.2 percent from a year ago.

The homes flipped in the second quarter represented 5.9 percent of all home sales during the quarter, down from a post-recession high of 7.2 percent in the previous quarter, but up from 5.4 percent a year ago.

Homes flipped in Q2 2019 typically generated a gross profit of $62,700 (the difference between the median sale price and median paid by investors), up 2 percent from the previous quarter, but down 2 percent from a year ago.

"Home flipping keeps getting less and less profitable, which is another marker that the post-recession housing boom is softening or may be coming to an end," said Todd Teta, chief product officer at ATTOM Data Solutions. "Flipping houses is still a good business to be in and profits are healthy in most parts of the country. Butpush-and-pull forces in the housing market appear to be working less and less in investors' favor. That's leading to declining profits and a business that is nowhere near as good as it was a few years ago."

Despite the quarterly drop in home-flipping rates, 104 of 149 metropolitan statistical areas analyzed in the report (70 percent) posted a year-over-year increase in their rates in Q2 2019, including Raleigh, NC (up 72 percent); Charlotte, NC (up 54 percent); Atlanta, GA (up 46 percent); San Antonio, TX (up 46 percent) and Tucson, AZ (up 43 percent).

Home flip lending volume up 31 percent from a year ago, to 13-year high

Flipped properties originally purchased by the investor with financing represented 41.0 percent of all home flips in Q2 2019, up slightly from 40.8 percent in the previous quarter, but down from 45.9 percent a year ago.

Investors are doubling their money in five markets

Among the 149 metro areas analyzed in the report, those with the shortest average days to flip were 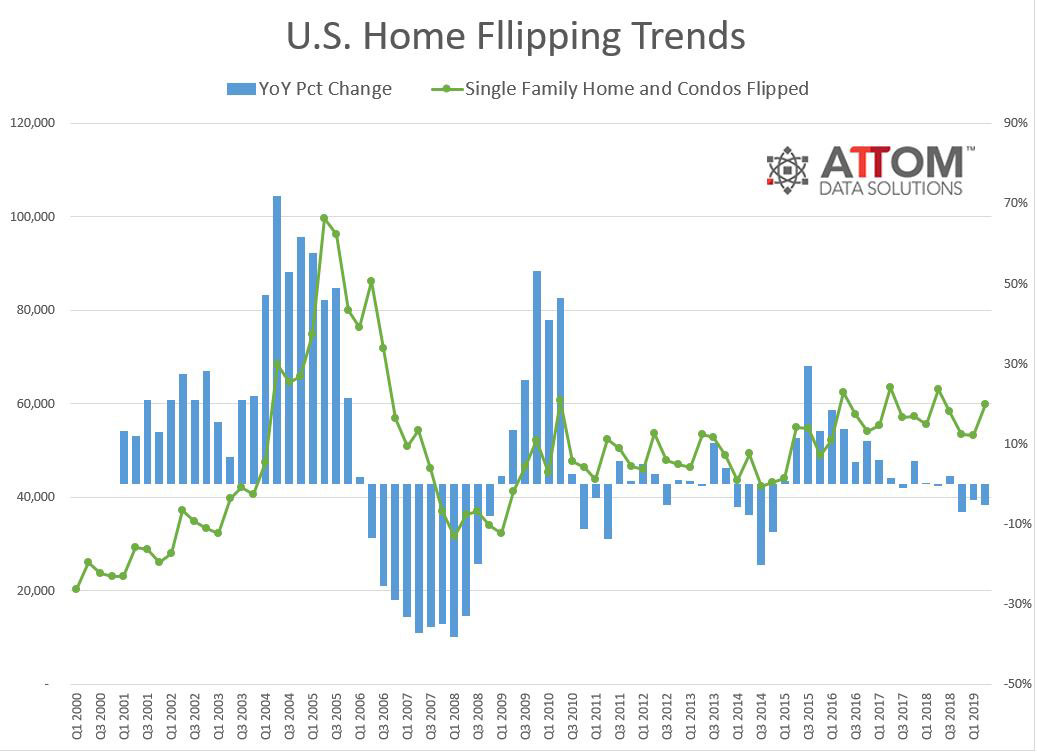 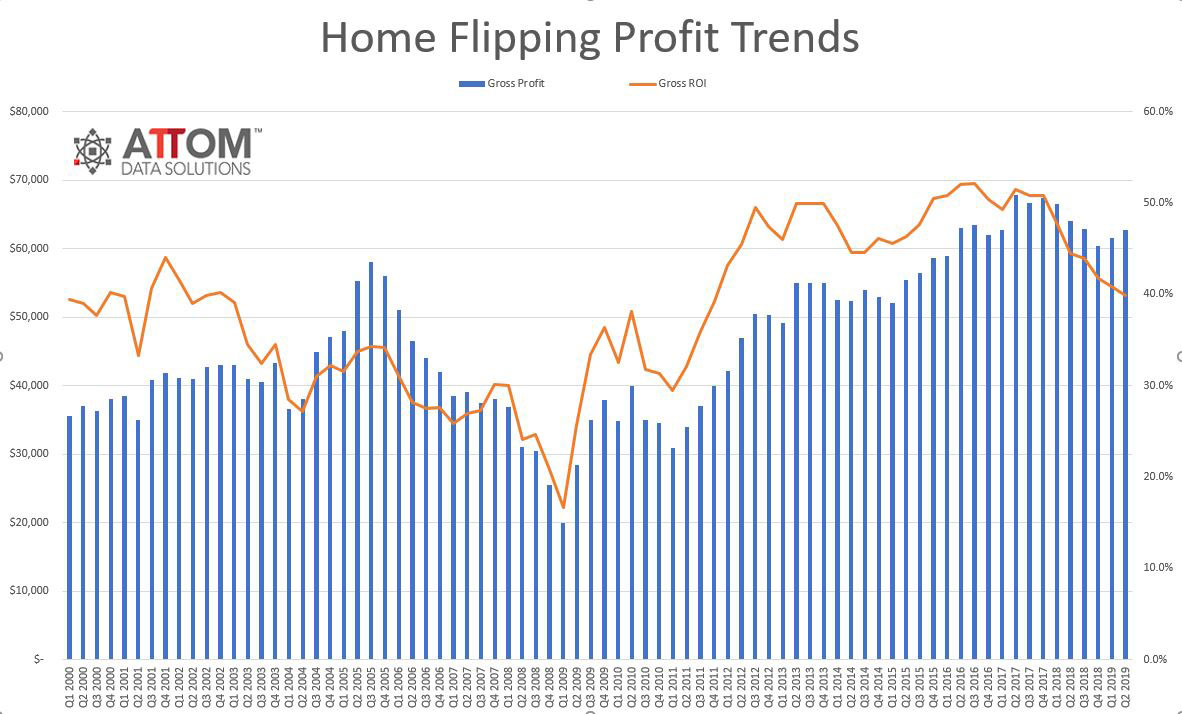