According to ATTOM Data Solutions first-quarter 2020 U.S. Home Flipping Report, 53,705 single-family homes and condominiums in the United States were flipped in the first quarter. That number represented 7.5 percent of all home sales in the nation during the quarter, up from 6.3 percent in the fourth quarter of 2019 and from 7.3 percent in the first quarter of last year, to the highest level since the second quarter of 2006.

But with home prices rising, the typical gross flipping profit of $62,300 translated into only a 36.7 percent return on investment compared to the original acquisition price, down from a 39.5 percent gross flipping ROI in the fourth quarter of 2019 and 40.9 percent a year earlier. The latest profit margin sits at the lowest level for home flipping since the third quarter of 2011.

The first-quarter pattern of investors unable to fully keep pace with soaring home prices revealed a soft spot in the nation's nine-year market boom, just as the major impact of the worldwide Coronavirus began damaging the United States economy. While it remains unclear how hard the housing market will get hit by the pandemic fallout, a drop in prices could further erode investor profits and cloud the future of the home-flipping industry.

"Home flipping has gradually taken up a larger portion of the housing market over the last couple of years. But profits are down and are lower than they've been since the dark days following the Great Recession, which is a sign that investors aren't keeping up with price increases in the broader market," said Todd Teta, chief product officer at ATTOM Data Solutions. "Enter now the Coronavirus pandemic and the prospects for home flipping are notably uncertain, at least in the short term. We should know a lot more in a few months about whether home prices drop and investors get hit hard, or whether they can increase their profit margins."

Home flipping rates up in 87 percent of local markets

Aside from Boston, MA, and Minneapolis, MN, the biggest quarterly flipping-rate increases in 53 metro areas with a population of 1 million or more were in Grand Rapids, MI (up 57.7 percent); Richmond, VA (up 51.3 percent) and Rochester, NY (up 49 percent).

The only decreases in annual flipping rates among MSAs with a population of 1 million or more were in San Antonio, TX (down 12.9 percent); Austin, TX, (down 11.8 percent); Oklahoma City, OK (down 6.1 percent) and Houston TX (down 0.6 percent).

Among metro areas with a population of at least 1 million, the biggest declines were in Jacksonville, FL (down 45 percent); Portland, OR (down 41 percent); Raleigh, NC (down 40 percent); Tucson, AZ (down 36 percent) and Minneapolis, MN (down 32 percent).

Raw profits highest in the West and Northeast, lowest in the South

Of the 53,705 U.S. homes flipped in the first quarter of 2020, 15.3 percent were sold to buyers using a loan backed by the Federal Housing Administration (FHA), up from 14.6 percent in the prior quarter and from 13.5 percent in the same period a year ago. 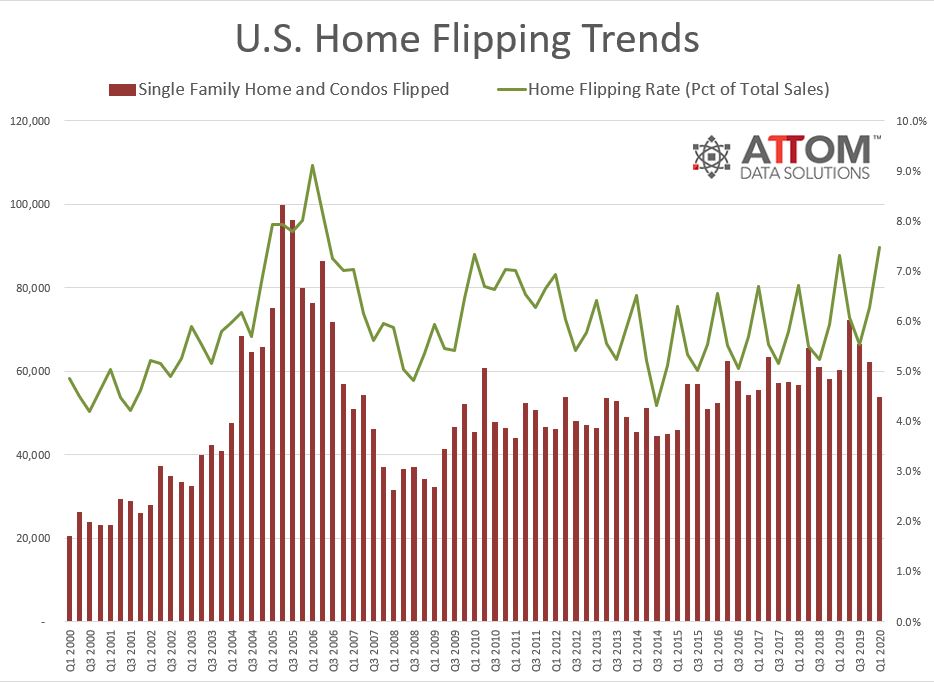 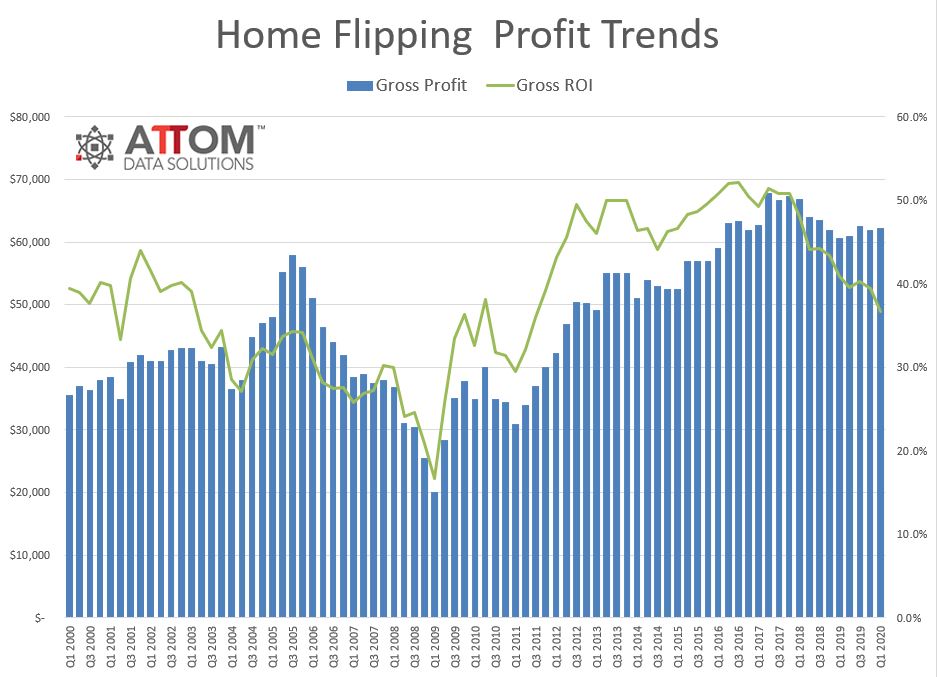 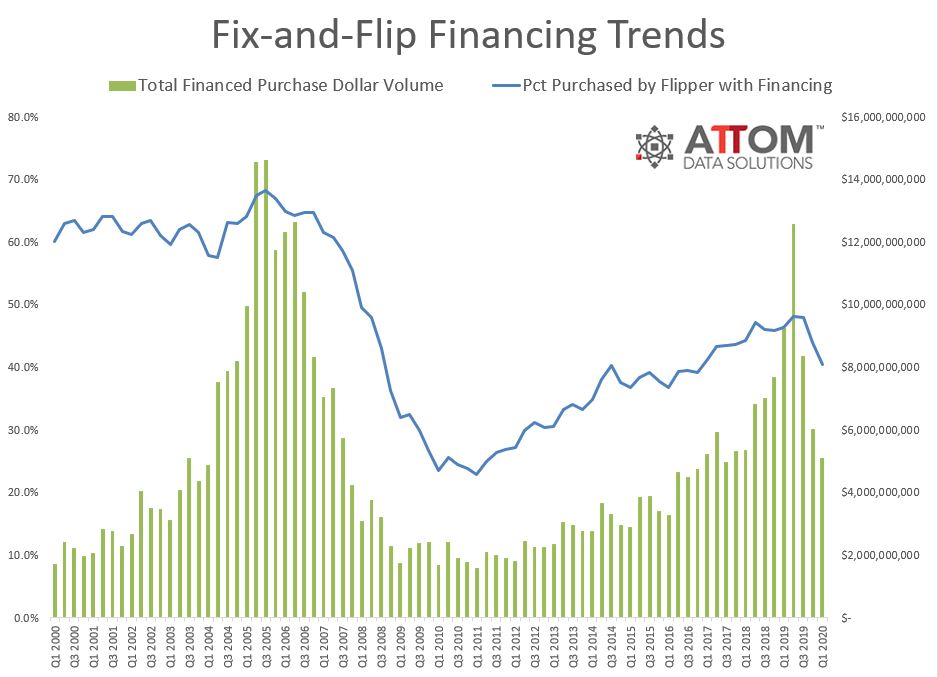