Based on new research by Zillow, U.S. markets where residential land use has the strictest regulations, and which often struggle to accommodate new housing, strong job growth, is also associated with a much larger increase in home values.

Using the Wharton Residential Land Use Regulation Index, Zillow compared job growth and home value appreciation since 2010, grouping markets by how strict their regulations are. Job growth overall is correlated with home value growth, but how much home values grew in a given market depended in part on the regulations builders face when adding new homes, including density laws and permit review times.

Home value appreciation was smaller in areas with less-strict regulations. Job growth in Dallas, a moderately restrictive market, was similar to that in San Francisco, but home value growth was milder, increasing 37.1 percent.

"As the housing market has recovered from the Great Recession and collapse in home values, a new challenge emerged that is driving market dynamics - the shortage of homes for potential buyers," said Zillow Senior Economist Aaron Terrazas. "We've seen inventory falling on an annual basis for more than three years now. As a result of job and population growth, housing demand has overwhelmed the inventory of pre-existing homes and builders are facing a number of challenges in adding new supply, including regulatory costs. In hot job markets with some of the strictest laws about building new residential housing, home values experience the most pressure. It's helped home values recover and exceed their previous highs, but leaves many home shoppers unable to break into the market." 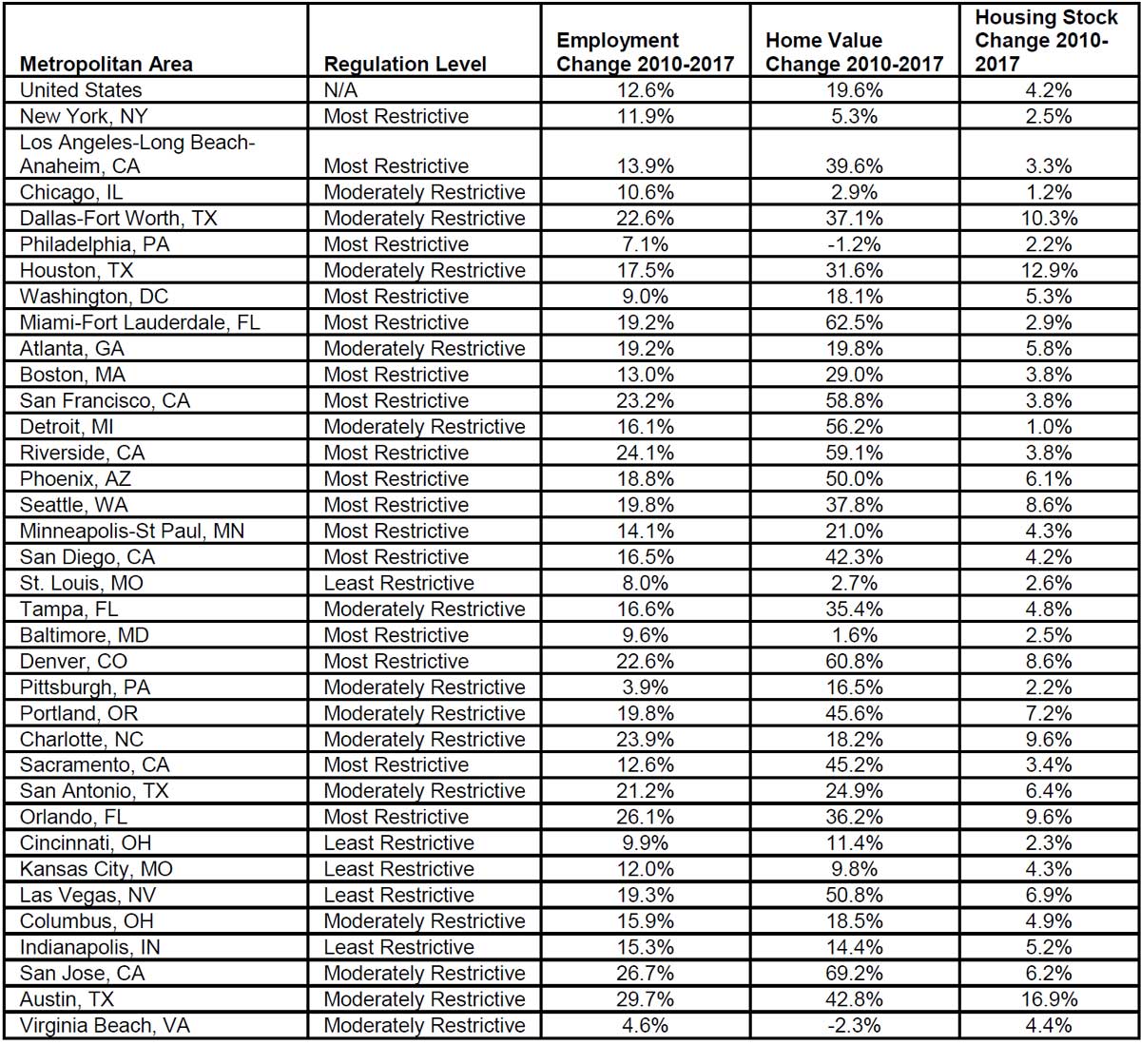