Residential Rents in U.S. Rise at Slowest Pace in Five Years in March

According to Zillow's March 2017 Real Estate Market Report, residential rents across the country rose 0.7 percent from last March 2016, the slowest rate of appreciation since November 2012, as new construction began to meet renter demand and soften the market. The median rent payment in the U.S. is now $1,408.

Even in hot West Coast markets, where rental growth is notoriously strong, rent appreciation is starting to slow. In Seattle, rents are up 6.7 percent, but their pace of appreciation has been slowing since August 2016. Rents in Sacramento are up 4.7 percent, but were rising at almost 7 percent annually toward the end of last year.

Affordability is a significant issue for renters across the country, who have experienced rising rents for years. In many major metros, the share of income needed to pay rent well surpasses the general rule of not spending more than 30 percent of income on housing. In Los Angeles, the median rent payment takes up almost half of the median income, which forces renters to shack up with roommates in order to make housing more affordable.

"The slowdown in rental appreciating is mainly due to new construction finally meeting demand, and even outpacing demand in some areas," said Zillow's Chief Economist Dr. Svenja Gudell. "But, rents are the highest they've ever been, weighing heavily on renters' budgets and making it extremely difficult for those renters hoping to become homeowners to save enough money for a down payment. In most markets, a monthly mortgage payment is more affordable than a monthly rent payment, but the most difficult aspect of home buying for many aspiring home owners is coming up with enough money for the down payment."

Low inventory continues to be a problem for home shoppers across the country -- there are 5 percent fewer homes to choose from than a year ago, paving the way for an extremely competitive home shopping season.

Mortgage rates are down from their December highs, but still well above where they were before the election. In March, mortgage rates on Zillow ended at 3.94 percent, down from a high of 4.13 percent. The month low was 3.93 percent. Zillow's real-time mortgage rates are based on thousands of custom mortgage quotes submitted daily to anonymous borrowers on the Zillow Mortgages site and reflect the most recent changes in the market. 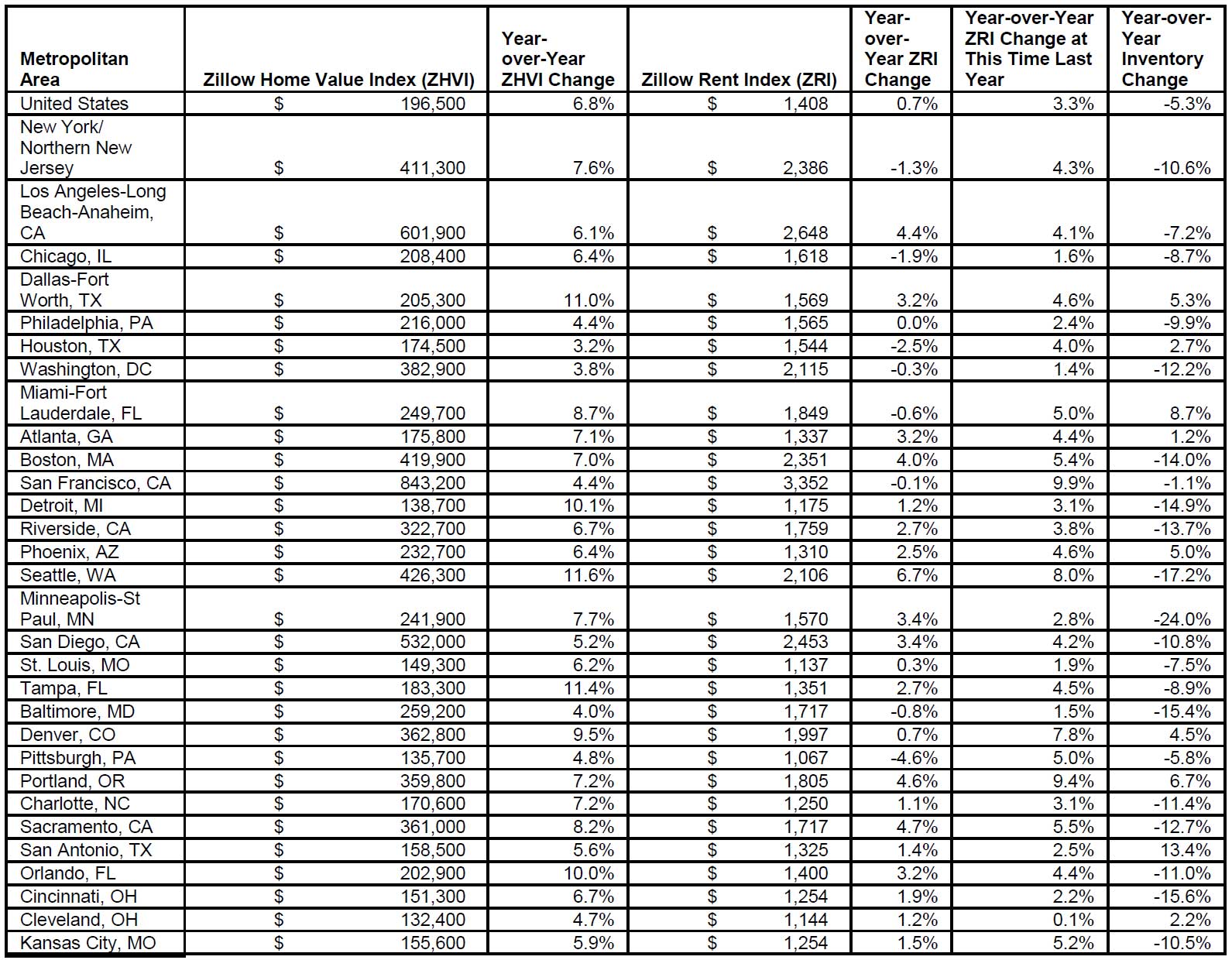