According to the California Association of Realtors' 2015 Survey of California Home Buyers, sunny days are here again for California's housing market as home buyers have started forming households again, and buyers who previously experienced a foreclosure or short sale are back in the housing market.

With distressed sales at record lows, California is returning to a more normal housing market, with those who previously went through a foreclosure or short sale returning to the market and purchasing homes again. More than one in five home buyers (22 percent) experienced a distressed sale, most of which occurred after 2007. A further indication of this return to normalcy is reflected in the share of buyers who were previously "underwater" on their homes, which increased to 23 percent in 2015, up from 4 percent in 2014.

Additional findings from C.A.R.'s "2015 Survey of California Home Buyers" include: 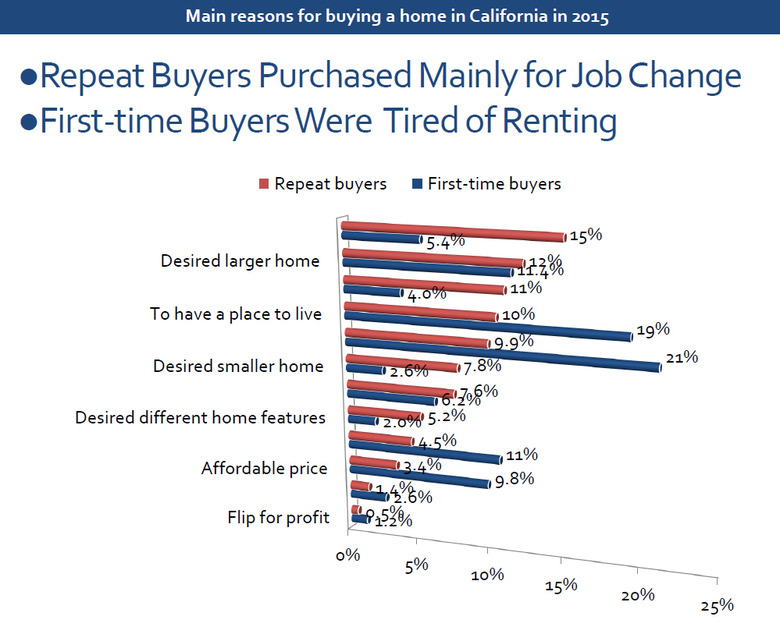