According to a new California Association of Realtors (C.A.R.) survey of its members about their interactions with real estate investors, more property investors are turning to niche properties and away from investing in single-family homes and multifamily properties than they have in recent years.

C.A.R.'s 2016 California Investor Survey found 10 percent of investors purchased commercial, land, mobile homes, or other types of properties in the past year, up from 7 percent in 2015 and 6.7 percent in 2014.

The share of investors who purchased multifamily properties also declined slightly, dipping from 21 percent in 2015 to 19 percent in 2016. 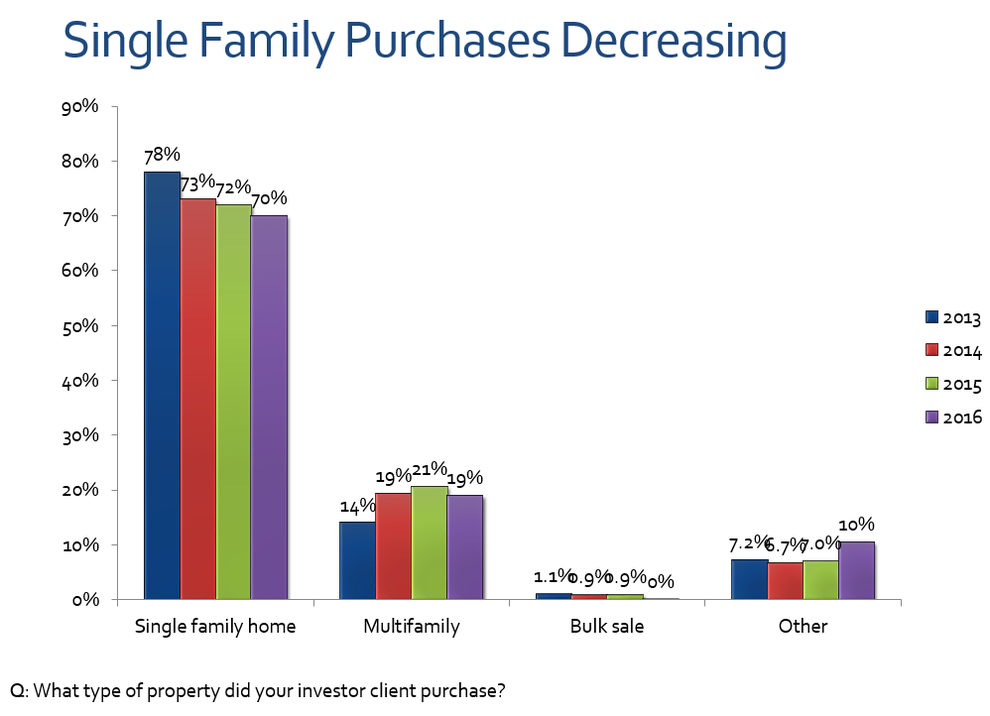