Because 61% of Chinese Americans do not speak English with fluency, and three quarters are foreign-born, they tend to use the same media and information channels to research and purchase property as overseas Chinese-speaking buyers.

"This research shows that Chinese-Americans outstrip US median household income by 31%. They spend more on real estate and often are more comfortable using Chinese language media to find their property and contact agents," said Andrew Taylor, co-CEO of Juwai.com. "That's why we at Juwai.com know so much about them."

"Despite their huge impact, these are the forgotten buyers, overlooked in the excitement about the rapid growth in purchasing by offshore buyers. Chinese Americans spend more on US real estate than all foreign buyer groups, from every nation, combined." 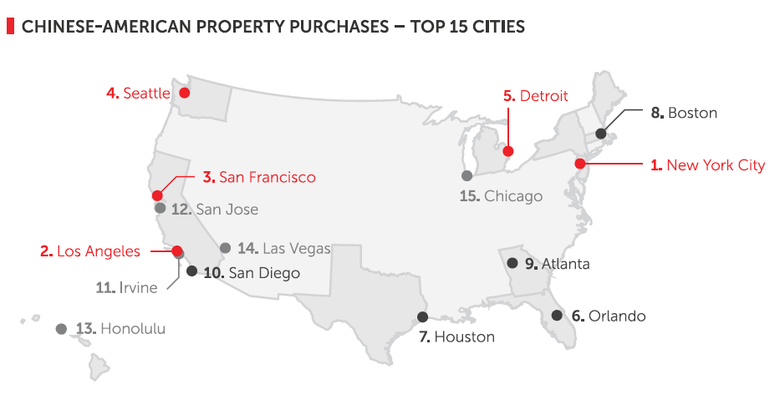