According to a new study by RealtyTrac, the recent and unprecedented gas leak in Porter Ranch California is now having a devastating effect on the local housing market.

"Such a spike in the percentage of cash sales in an area in such a short period of time certainly indicates a market disruption," said Dr. Clifford A. Lipscomb, Director of Economic Research at Greenfield Advisors. "Market disruption is further signified by the number of families that requested relocation out of the Porter Ranch area as well as the number of health effects reported by area residents.  Also, with further research, you might find that lenders are less willing to lend on a property located in the Porter Ranch area."

"While median home prices have somewhat surprisingly held steady in the wake of the gas leak discovery, the sharp drop-off in sales paired with the spike in cash sales indicates quickly eroding demand for homes in Porter Ranch, particularly from buyers who rely on financing -- far and away the majority of buyers in the housing market," said Daren Blomquist, senior vice president at RealtyTrac. "The impact of the gas leak is even clearer when sales within the ZIP code are plotted on a map. Sales north of Highway 118 -- closer to the actual gas leak where higher levels of methane have been documented -- are down 60 percent, while sales south of the 118 are down 14 percent." 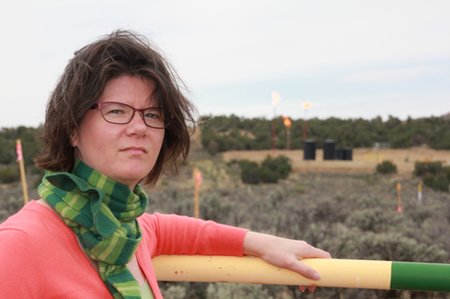 Earthworks' Executive Director Jennifer Krill tells World Property Journal, "The Aliso Canyon methane blowout revealed a gaping hole in regulation of the oil and gas industry. This means even in the midst of communities, property owners adjacent to oil and gas storage can't assume that they will be safe. Along with the climate pollution, residents are at risk for exposure to pollutants associated with these facilities, like carcinogenic benzene."

Furthermore, the 44 percent decrease in home sales in the three months following the discovery of the gas leak was also more than twice the average seasonal drop (16 percent) in the Porter Ranch ZIP code during the same three-month period in each of the past five years. 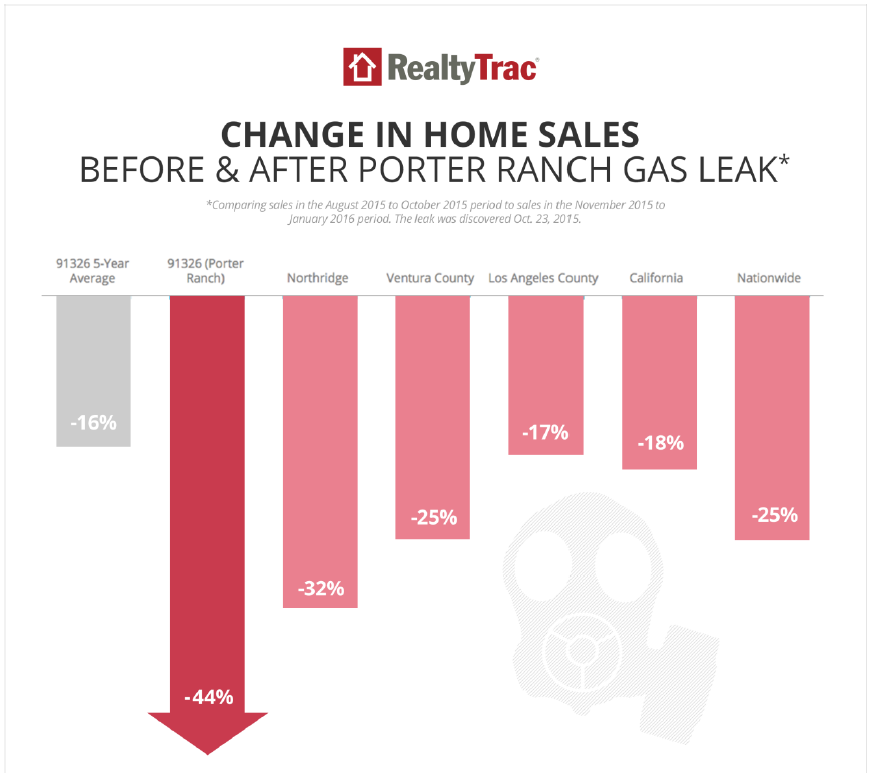 Furthermore, the 50 percent increase in share of cash sales in three months following the discovery of the gas leak was also more than twice the average seasonal increase in cash sales share (23 percent) in the Porter Ranch ZIP code during the same three-month period in each of the past five years. 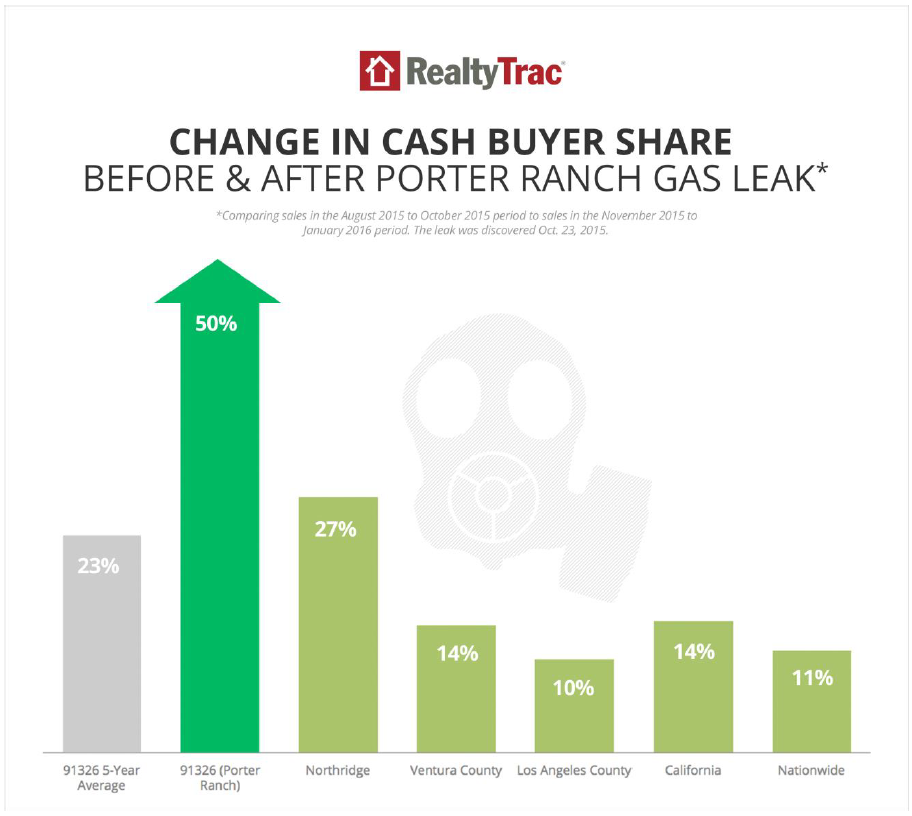 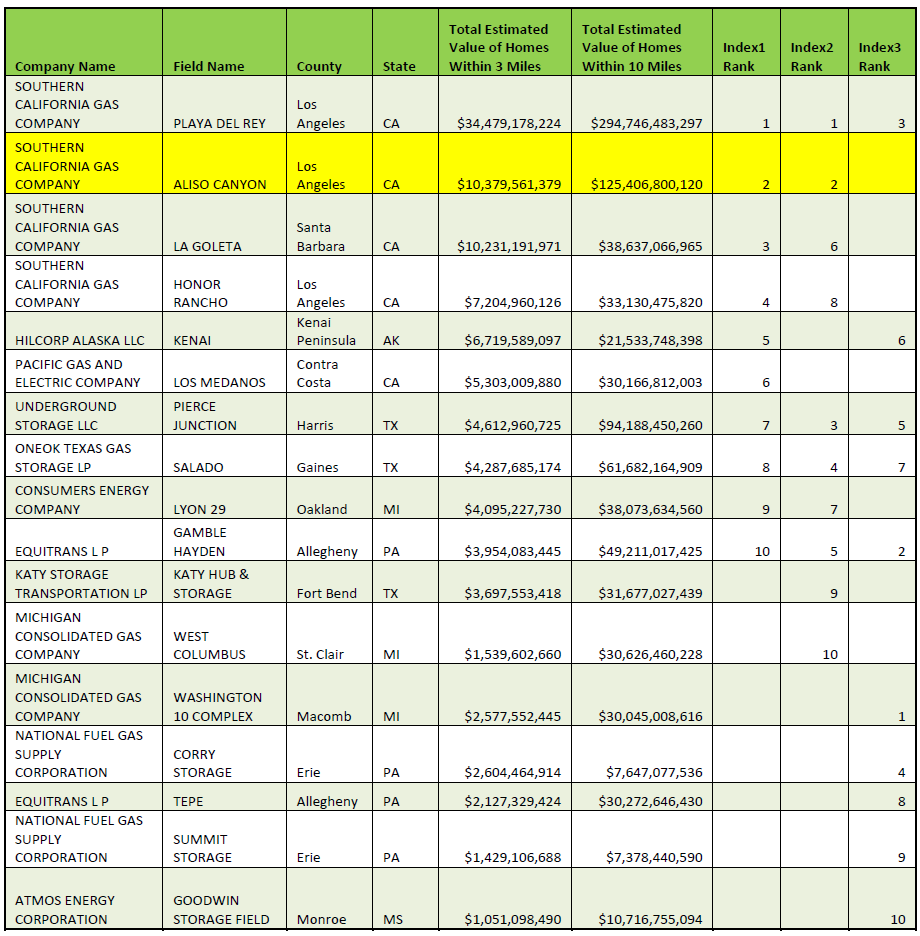