Over $1.5 trillion Worth of Homes at Risk of Wildfires in U.S.


California, Texas Have a Bulk of "At Risk" fire hazard homes in 2018

According to new Redfin research, wildfires threaten $1.5 trillion worth of homes in the United States, representing a disproportionately large portion (7.7 percent) of all U.S. housing values.

The counties at the greatest risk -- California's Los Angeles, Orange and Santa Clara -- are among the country's most expensive housing markets and are already plagued by ongoing inventory shortages. But local real estate agents say the wildfire risk is not deterring homebuyers from continuing to put down roots in these communities.

"People who are still in shock from losing their homes and possessions from the October fires are greeting one another at open houses while comparing notes on the hotels or rentals where they are temporarily living," said Redfin Santa Rosa agent Starling Scholz. "People view wildfire risk as a price of living in California that's well worth the rewards: beautiful weather, nature and well-paying jobs."

"Restrictive zoning and underbuilding make wildfires even more damaging for homeowners and renters in affected areas. Despite strong demand and severe inventory shortages, California has built the fewest number of homes per new resident of any state, with just one unit for every four new residents, compared to one new unit for every 1.8 new residents nationally," said Redfin chief economist Nela Richardson. "When people whose homes just burned down are jumping back into bidding wars to buy new homes in the same area, you know wildfires alone won't cool these competitive markets. However, California's chronic lack of homes and eroding affordability make recovering from a natural disaster much more challenging than in states like Texas with more adequate housing supply."

Redfin Santa Barbara agent John Venti has noticed that while wildfires certainly pose a risk to homes, California's overall affordability is a bigger concern for homebuyers.

"I was touring with clients last month, and in the 15 minutes it took to see the home, our cars were completely covered in ash from nearby wildfires," said Venti. "The homebuyers were not fazed.  If anything, people are more often deterred from buying homes in this area by high gas prices and high taxes than wildfires."

For the people who are still interested in buying homes in wildfire zones, Venti has some advice.

"It's important to get a fire insurance quote before falling in love with a home," he said. "We've had people and properties receive exorbitantly high quotes for fire insurance. Others were flat-out denied coverage because the home was too risky or the buyer had a large outstanding claim from a previous fire. California FAIR Plan property insurance may be able to provide insurance for homes that have been denied coverage." 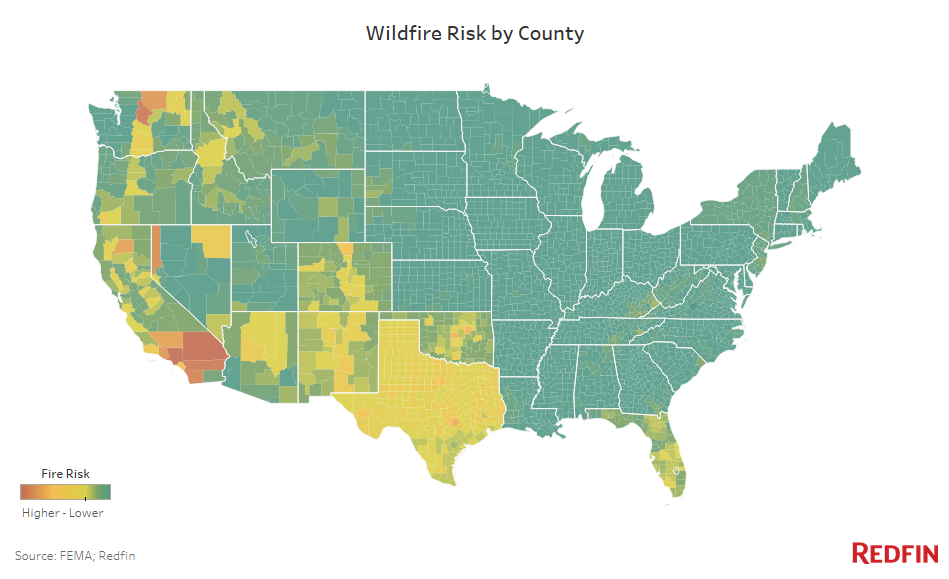 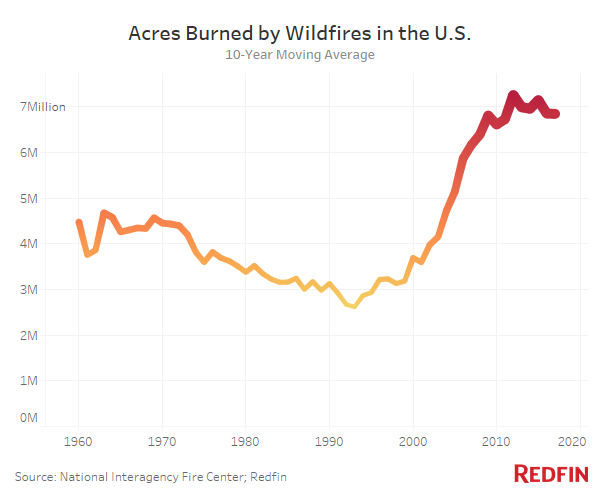 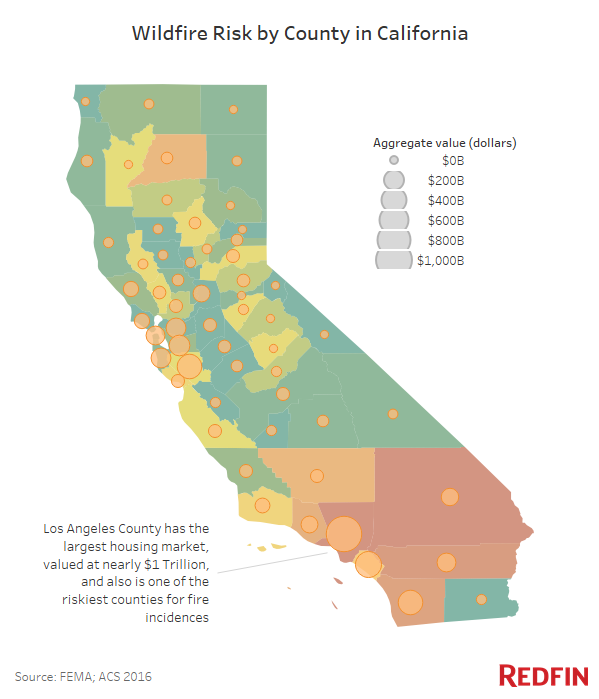