The Added Selling Value of Swimming Pools Across the U.S. Revealed

According to Redfin, Los Angeles homes with pools sell for $95,393 more than comparable homes without them.

Swimming pools are worth more in Los Angeles than they are in any other major U.S. metro area, followed by Austin and Orange County, California, where a pool adds more than $50,000 to a typical home's value.

For this analysis, Redfin calculated the value of a private pool as a premium to a home's per-square-foot sale price. For instance, a home with a pool in the Houston metro area can be expected to sell for $16.42 more per square foot than a home without a pool. The ranking is limited to metro areas with at least 5,000 homes sold in 2018 where at least 2 percent of homes sold had pools, and where the results were statistically significant.

"A pool definitely adds value for Los Angeles homebuyers, especially in the Valley because it's hot outside most of the time," said Redfin agent Lindsay Katz. "People use their pools all year round; we have pool parties in the summer and go swimming on Christmas day. It's ingrained in our culture."

"In some parts of Los Angeles, particularly in the San Fernando Valley, it's almost a given that a house will have a pool and the lack of a pool can make it harder to sell," Katz continued. "Nearly half of my listings have pools, and when they don't, potential buyers are constantly asking whether they can add a pool to the property. It's important to people."

In Phoenix, the story is a bit different. A pool adds $11,591 to the value of the typical home in the metro area, the lowest on the list of places where a pool provides a premium. Redfin agent Katie Shook said there are some parts of the Phoenix area where a pool is highly valuable--but in other places, it could detract from the value of a home.

"In affordable parts of the Phoenix area like South Glendale and Tolleson, homebuyers don't want to pay to maintain a pool. I often find that in homes that sell for less than $200,000, a pool is a negative because it adds so many extra costs for the homeowner," Shook said.

"But the reverse is true in the luxury market," Shook continued. "In the $700,000 to $1 million price range, especially in remote areas with more yard space, homebuyers expect a pool and they'll pay a premium for it."

Boston was the only metro that both met the criteria to be included in this analysis and has cold, snowy winters. It's also the only place where a pool meaningfully subtracts from the value of a home. A home in the Boston area with a pool is worth $15,484 less than a comparable home without a pool. 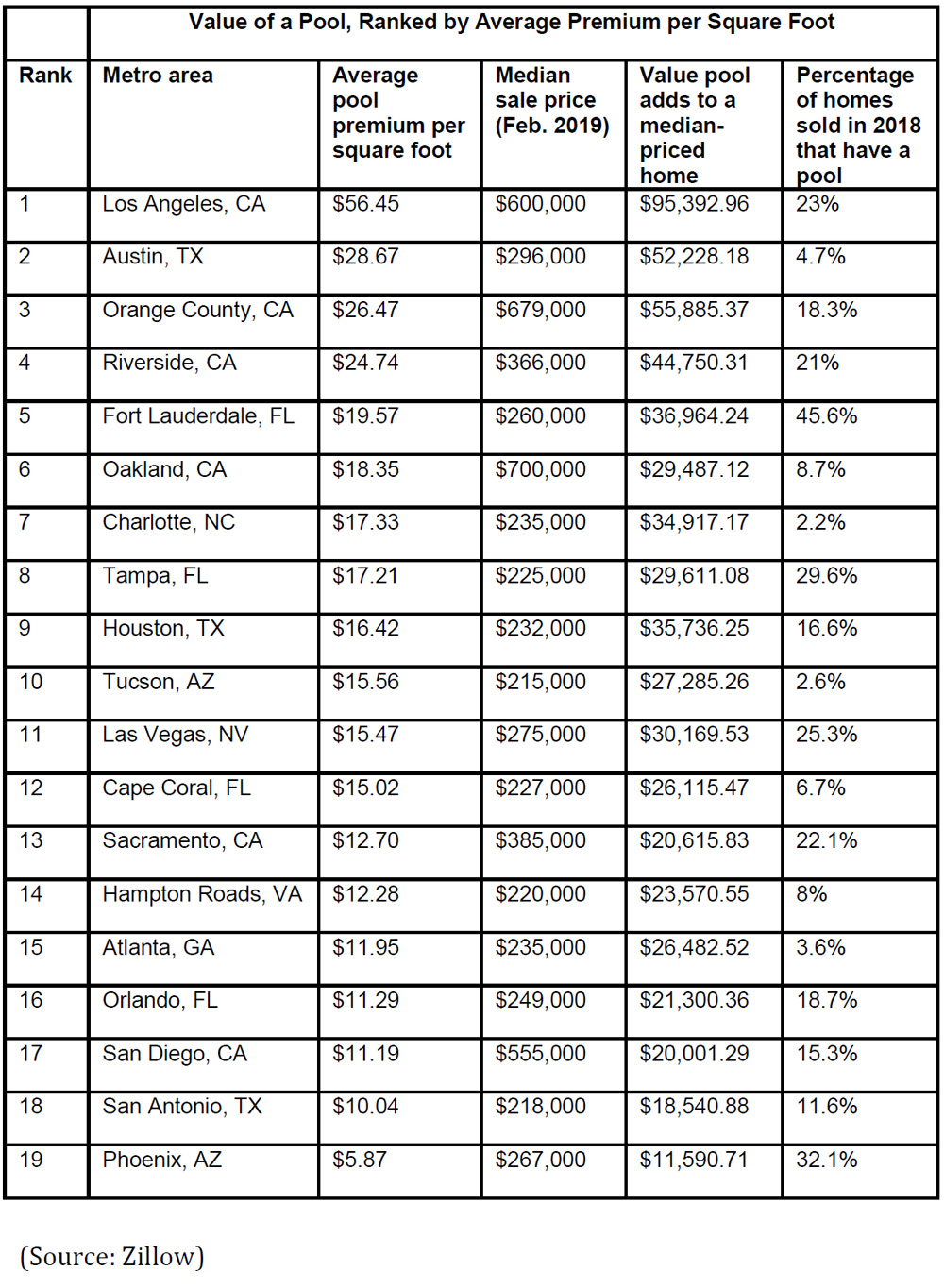