According to new analysis by Climate Central and Zillow, as America's coastal communities continue to build homes in flood-risk zones, nearly 20,000 U.S. homes built in the past decade are at significant risk of chronic coastal flooding by 2050.

The nationwide analysis that pairs Zillow's housing data with Climate Central's sea-level rise expertise identifies the number of new homes -- and homes overall -- in low-lying coastal areas, projecting how many will become exposed to chronic ocean flooding over the coming decades, depending on the choices the world makes around greenhouse-gas pollution today. It expands on analysis done last year that showed some 386,000 current U.S. homes are likely to be at risk of regular annual flooding by 2050 because of sea-level rise from climate change, and that new homes are being built at striking rates in areas that face high risks of future flooding.

As sea levels rise, the intermittent floods that coastal communities now experience once a decade on average are projected to reach farther inland than they do today. Those floods can damage and devalue homes, degrade infrastructure, wash out beaches, and interrupt transportation systems and other aspects of daily life. They also put homeowners, renters and investors in danger of steep personal and financial losses.

"This research suggests that the impact of climate change on the lives and pocketbooks of homeowners is closer than you think. For home buyers over the next few years, the impact of climate change will be felt within the span of their 30-year mortgage," said Skylar Olsen, Zillow's director of economic research and outreach. "Without intervention, hundreds of thousands of coastal homes will experience regular flooding and the damage will cost billions. Given that a home is most people's largest and longest-living asset, it takes only one major flood to wipe out a chunk of that long-growing equity.  Rebuilding is expensive, so it's doubly tragic that we continue to build brand new units in areas likely to flood."

Coastal communities will encounter the effects of sea level rise to greatly varying degrees, depending on the local rate of rise, local tides and storms, the potential future development of coastal defenses, the flatness of the landscape and where homes are built within it. Some major coastal cities sit high enough above sea level that the biggest hit will be to their beaches. Others will suffer more far-reaching and damaging effects.

"Thanks to Zillow's data, Climate Central's sea level rise analysis provides an economic view of coastal flood risks that homeowners may face - not generations into the future, but within the time frame of a typical home loan," said Dr. Benjamin Strauss, CEO and chief scientist of Climate Central. "In many states, building on land projected by 2050 to face chronic flood risks has outpaced development in safer places. Failure to control climate pollution will lead to faster-rising seas and bigger coastal risk zones, but building a cleaner-running economy can still reduce these consequences." 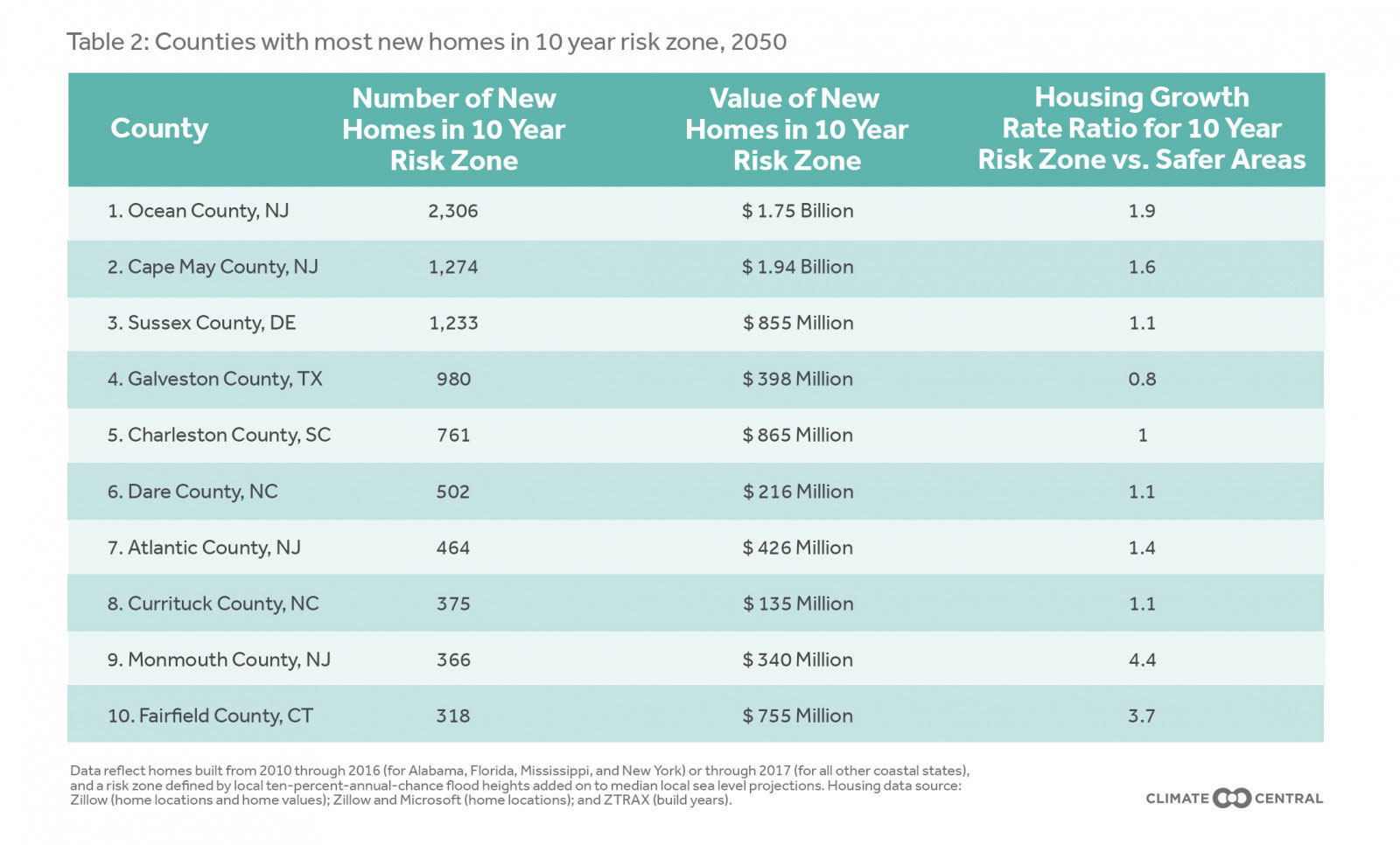 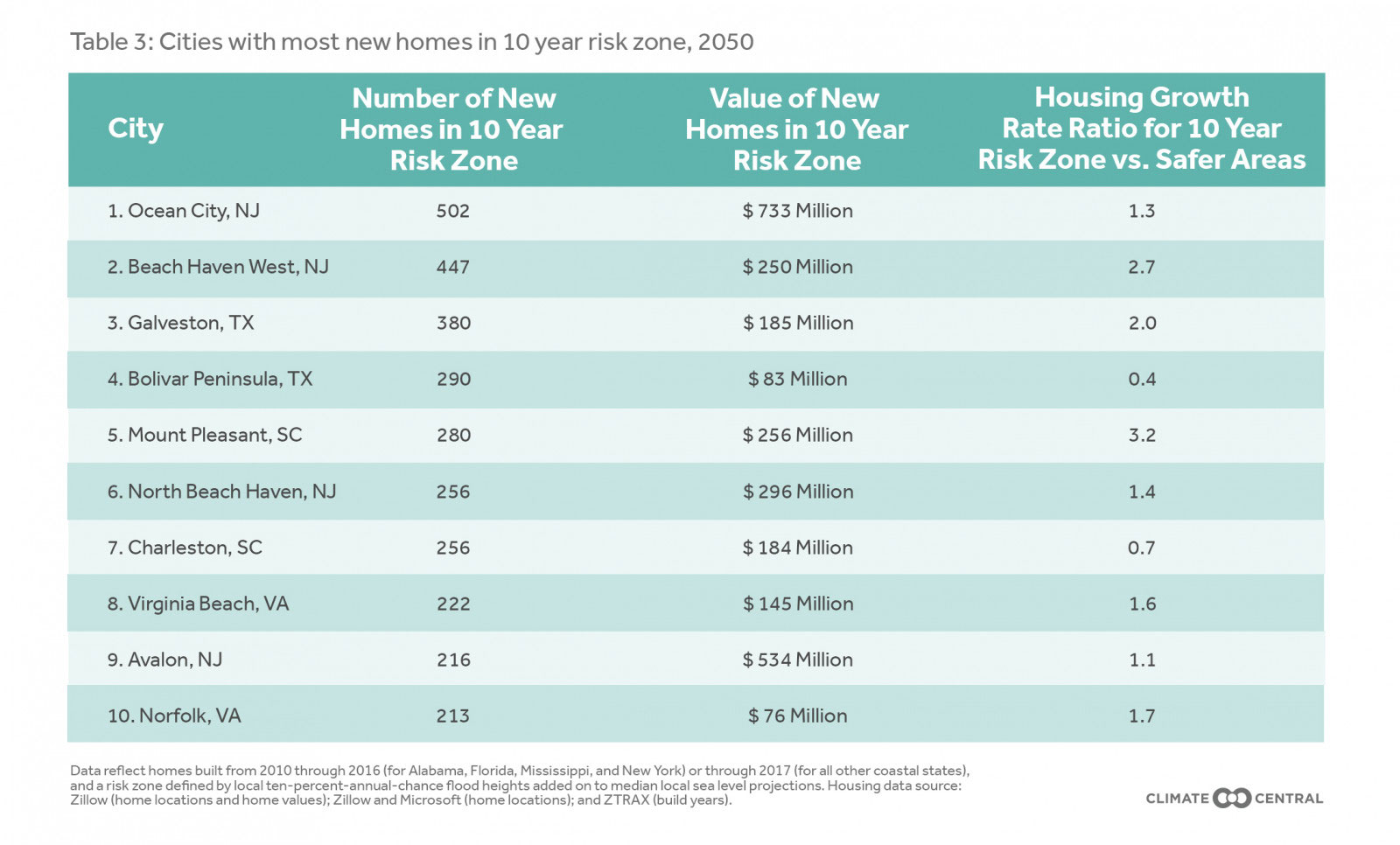 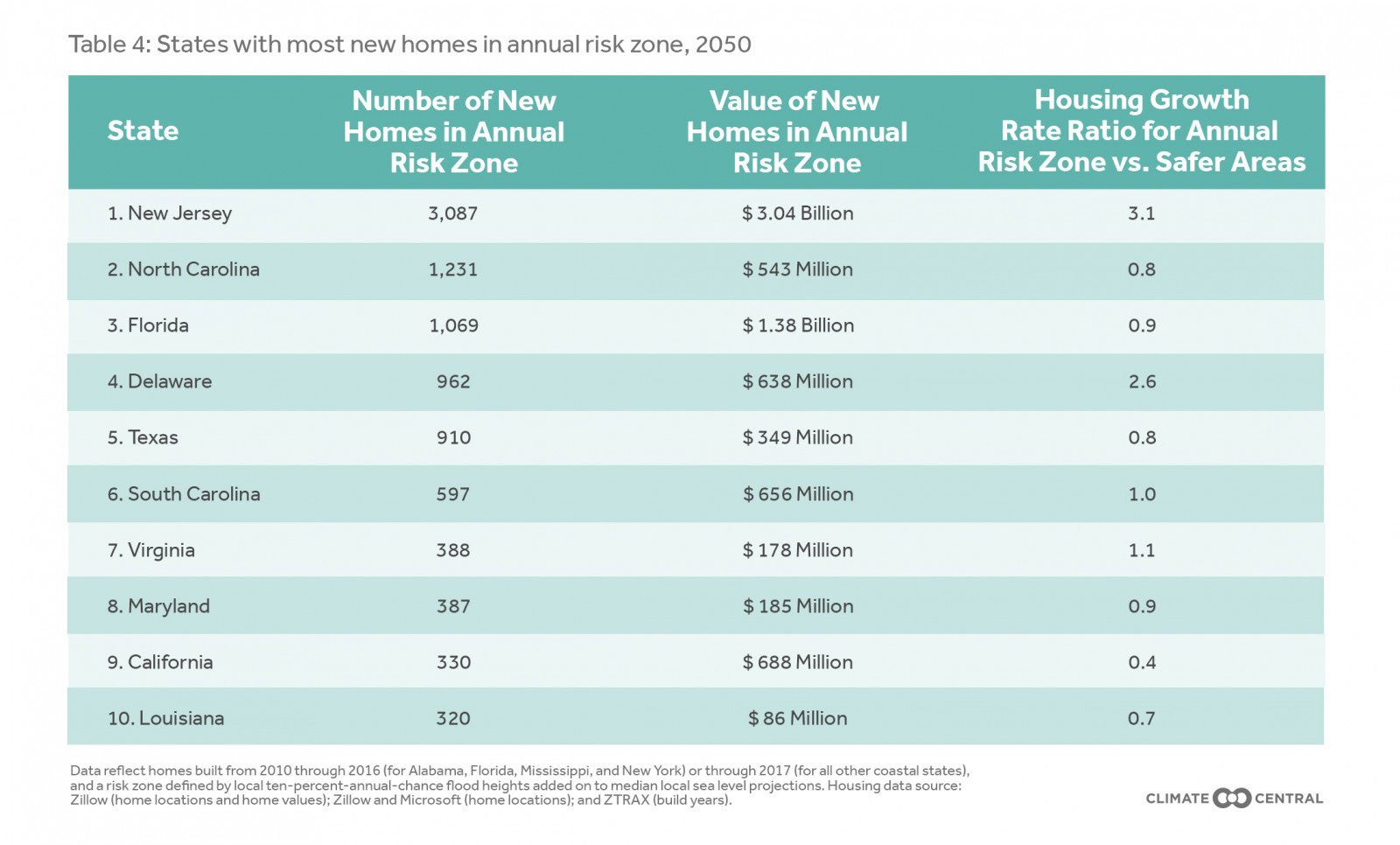 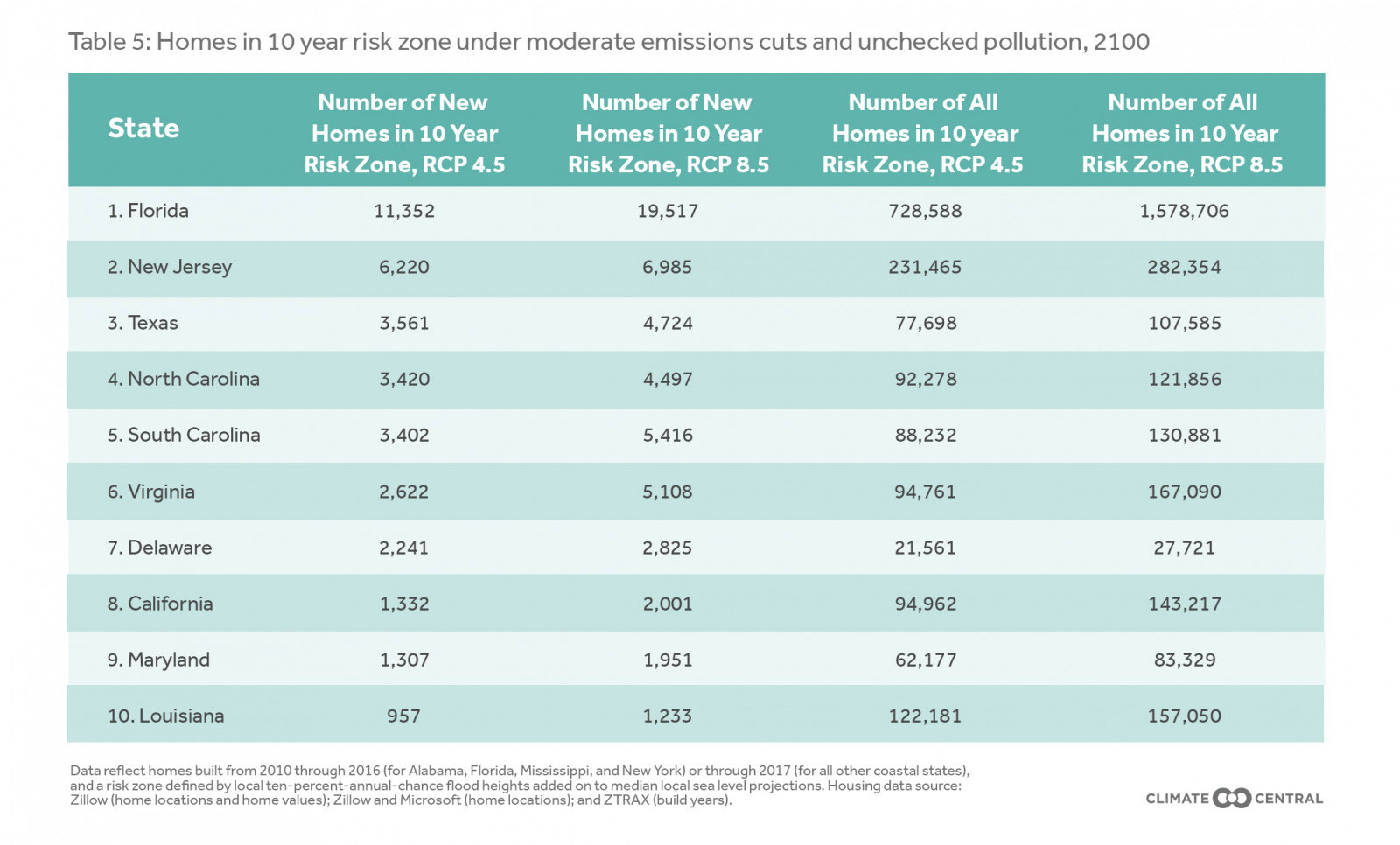 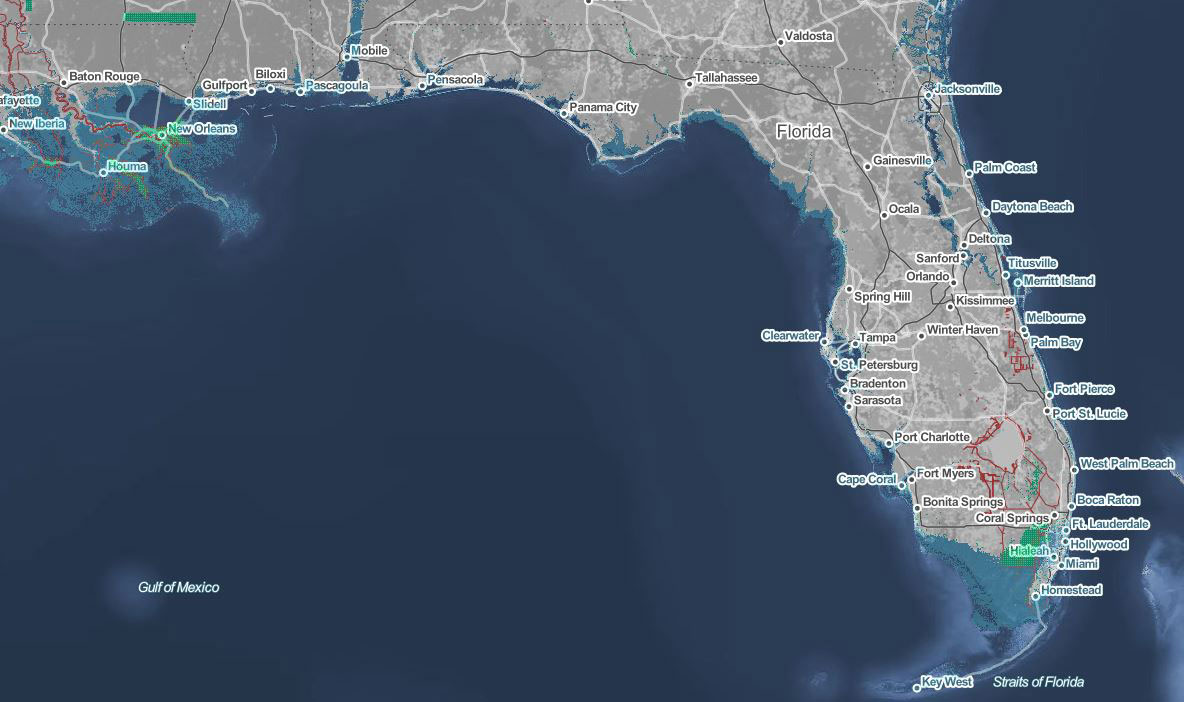