New York, San Francisco and Los Angeles lose the most residents in Q3

According to Redfin, twenty-six percent of U.S. home searchers looked to move to another metro area in the third quarter of 2019, up from 25 percent the year before. This is a new all-time high for the national share of home-searchers looking to relocate, likely driven by those leaving expensive metros in search of more affordable homes.

The latest migration analysis is based on a sample of more than 1 million Redfin.com users who searched for homes across 87 metro areas from July through September.

Moving In -- Metros with the Highest Net Inflow of Redfin Users

Seventeen percent of homebuyers searching in the Boston metro area were looking from other metro areas in the third quarter, up from both a year earlier (12.0%) and the second quarter (14.1%). New York continues to be the top origin city for people looking to move to Boston, and Boston is the top destination for people looking to leave New York.

"There is a sense here in New York that the sky has been falling for our housing market all year," said Redfin New York market manager Nick Boniakowski. "People fleeing NYC aren't looking for a rural life, they are fleeing the high costs. Boston presents a slightly more accessible cost of living, while still providing urban quality of life that many desire today. Boston is appealing because it's close and there are similar employment opportunities." 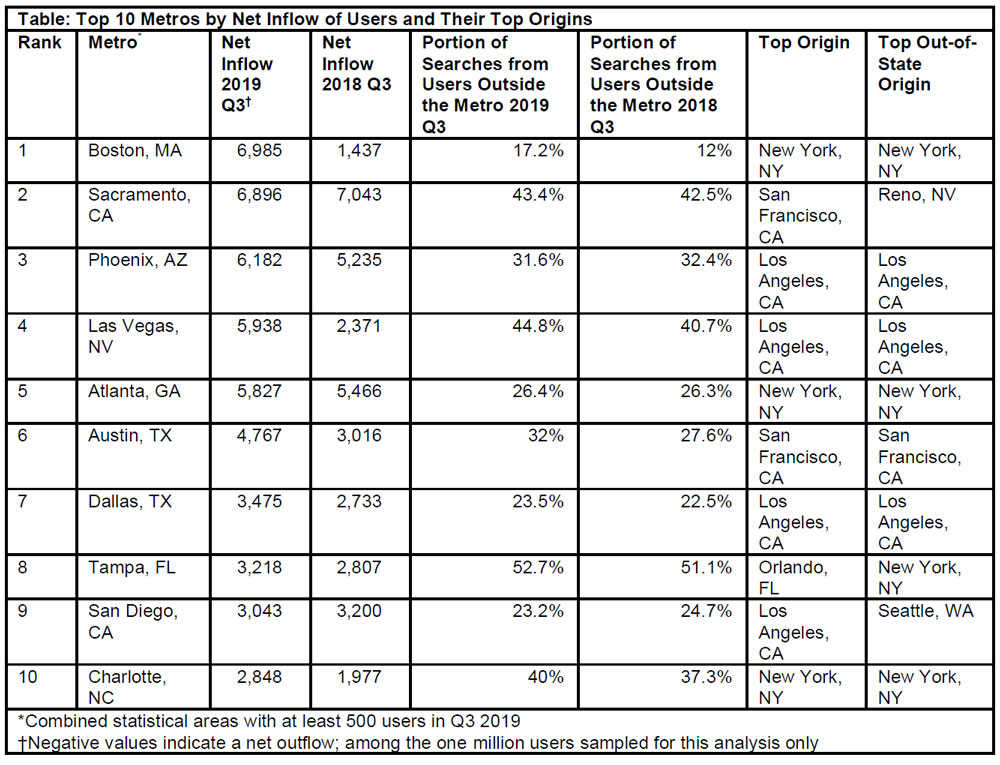 Boston's rise to the top of the migration list is unusual, since most of the top destinations in recent years have been more affordable metro areas. However, relative to New York City, Boston's lower sales taxes, income taxes, and property taxes are likely a big factor driving people to make the move between the two cities. Six of the top ten migration destinations have median prices below the national median, and only San Diego has a higher median price than Boston.

The second quarter was the first time since Redfin began tracking migration data that Boston has been in the top 10 migration destinations. It debuted in the second quarter at number nine on the list before shooting all the way up to number one in the third quarter. Most of the interest in Boston continues to come from New York. Boston's lower sales, income, and property taxes are likely a big factor driving people to move there from New York.

Moving Out -- Metros with the Highest Net Outflow of Redfin Users

"Homebuyers are leaving expensive metros for affordable metros and as a result there are fewer and fewer homes for sale in more affordable parts of the country," said Redfin chief economist Daryl Fairweather. "In San Francisco, for example, inventory has been rising because there aren't many San Franciscans who can afford the high prices. San Franciscans are moving to Sacramento where homes are much more affordable, and that, combined with a lack of new listings, has caused inventory to decline in Sacramento." 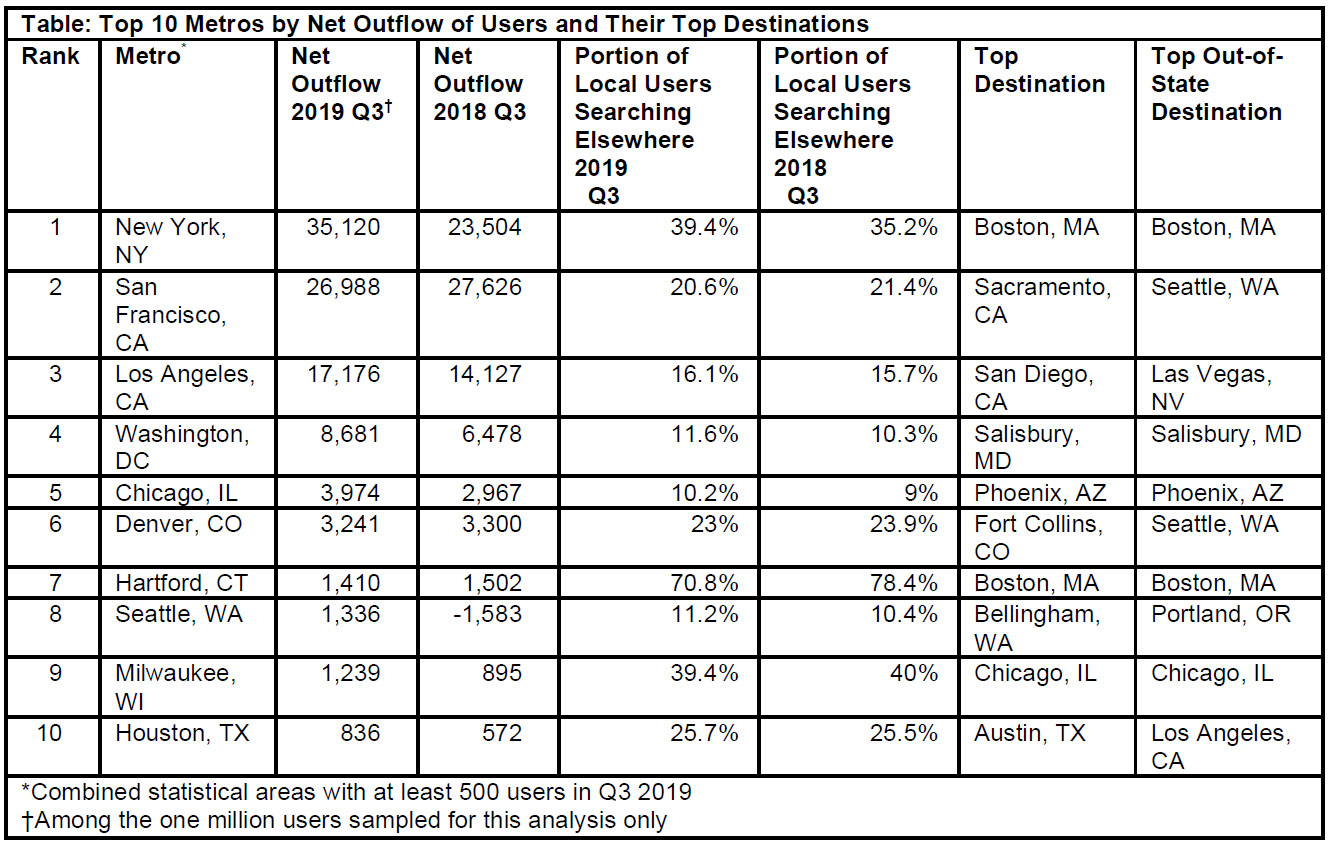