According to Zillow, rising U.S. housing rents are eating up an increasingly large share of American incomes, costing the typical renter $2,000 per year.

Currently, the median U.S. rental requires 29.1 percent of the median monthly income. However, in the years leading up to the housing bubble, renters spent just 25.8 percent of their income on housing. That means renters are spending $1,957 more on rent in 2017 than they would be if the percentage had remained the same.

In expensive markets like San Jose, renters are spending nearly 39 percent of their incomes on rent, compared to 26 percent historically, which translates to $13,525 this year, more than any other metro Zillow analyzed. Renters in San Francisco are similarly affected by worsening rent affordability, spending $11,236 more on rents than they would have if the cost of rent had remained proportional to income.

While rent affordability has worsened in most U.S. metros, rents in Pittsburgh have remained mostly level over the past several years, allowing incomes to keep up and even outpace rent appreciation. Renters in the metro actually spend a smaller share of income on rent than they did in pre-bubble years, meaning they are spending about $3,400 less per year than they would have at the historical rate.

"In most markets, current renters are at a disadvantage compared to years past because paying the rent takes up a much larger share of their income than it did before," said Zillow Chief Economist Dr. Svenja Gudell. "For many people, that can mean less cash to put toward paying off student debt, building an emergency fund, or saving for retirement. For those hoping to buy a home, it could be a significant part of their down payment. For parents, it could mean additional childcare or a family vacation. This is another example of how much worse rent affordability has gotten."

Younger generations want to buy homes, and have traditional views on the value of homeownership. However, with home prices climbing, first-time buyers have to save more than $100 a month for a down payment just to keep up with rising home costs. Low interest rates mean monthly mortgage payments are relatively affordable, but the majority of renters cite that initial down payment as the main barrier to buying a home. 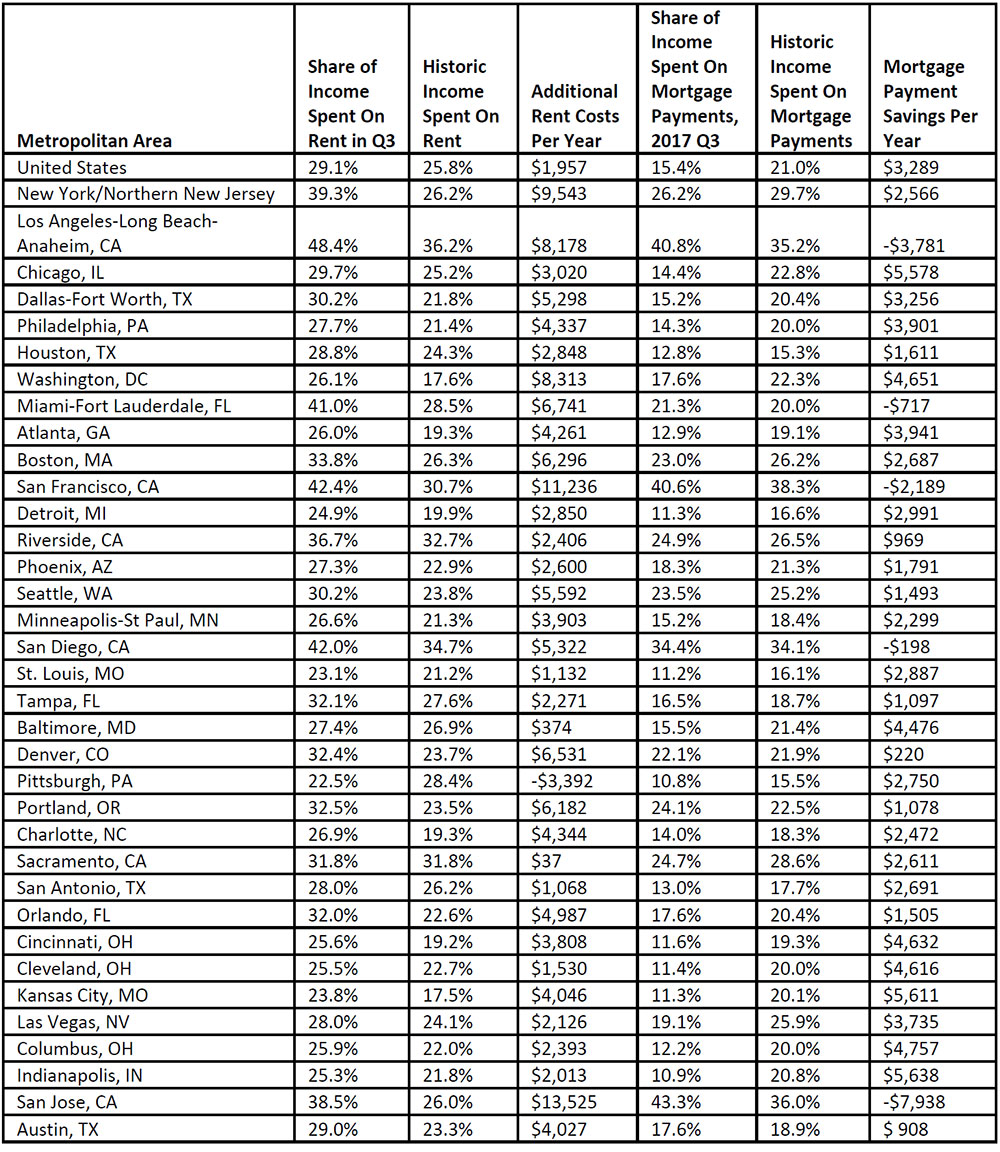 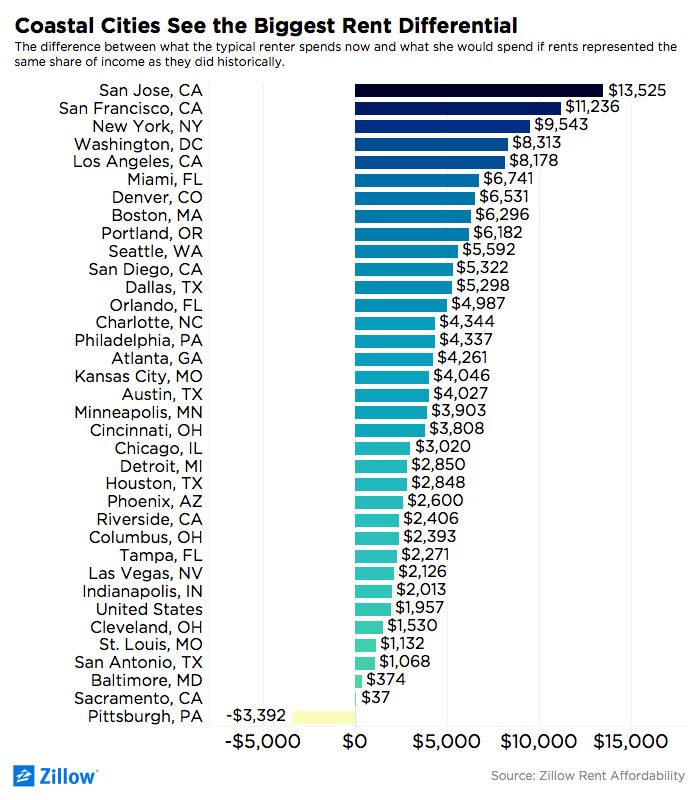