Most States Had Lower Distressed Sales Compared With a Year Ago

According to Irvine, Ca based CoreLogic, distressed sales, which include real estate-owned properties (REOs) and short sales, accounted for 9.7 percent of total home sales nationally in September 2015, down 2.4 percentage points from September 2014 and down 0.1 percentage point from August 2015. 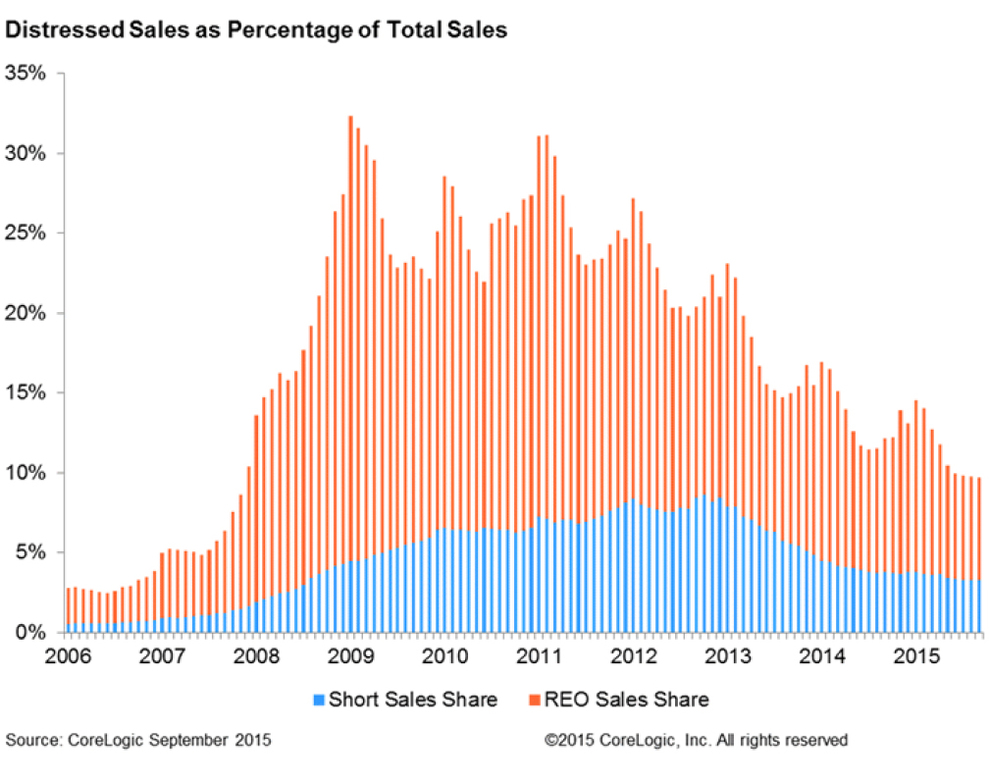