Households Now Renting in the U.S. at Highest Levels in Over Half a Century

According to RentCafe, soaring U.S. home prices made many people put the dream of homeownership behind them. With 43.7 million households now renting -- the highest level in 55 years -- apartment living has become popular even in neighborhoods that were once considered owner hotspots.

RentCafe reports the number of renters in the U.S. rose by 12% between 2011 and 2020 -- three times faster than the 4% increase in homeowners, according to the most recent U.S. Census estimates. So, it's no surprise that, during this time period, as many as 101 zip codes switched from owner- to renter-majority. With the addition of these communities, renters surpass owners in 41% or 632 of the 1,553 zip codes analyzed in the 50 largest U.S. cities.

Leading the list of zips that made the switch to renter majority, Columbus' 43420 boasts a whopping 157% increase of renters in the last 10 years. As a result, 67% of this zip code's residents are renters -- by comparison, 37% of its residents were renting here in 2011.

On a city level, Philadelphia is home to the largest number of zip codes turned renter havens among all other cities analyzed: Renters outnumber homeowners in seven neighborhoods throughout the city. Memphis, TN, and Houston, TX, follow closely behind with six zip codes each.

What's more, the past decade was a true renaissance period for downtown renters. Many of the zip codes with the fastest-growing renter populations are located in city cores. Specifically, eight of the 20 neighborhoods that saw their renter populations increase by more than 80% in the past decade are in or near downtowns. In this respect, zip code 78215 in downtown San Antonio, TX, boasts the largest growth in the nation: a staggering 238%.

As of 2020, renters are the majority in 632 zip codes around the U.S. In fact, in five U.S. zip codes located in New York City; Nashville, San Francisco; Dallas; and Fort Worth, the population is exclusively made up of renters.

Los Angeles, CA, however, is the city that boasts the most zip codes (46) where renters represent the majority of the population, followed closely by New York City, with 44 zip codes. On the other end of the spectrum, the cities with the least renter-dominated zip codes are Colorado Springs, CO, and Mesa, AZ, with only two and three zip codes, respectively, concludes RentCafe. 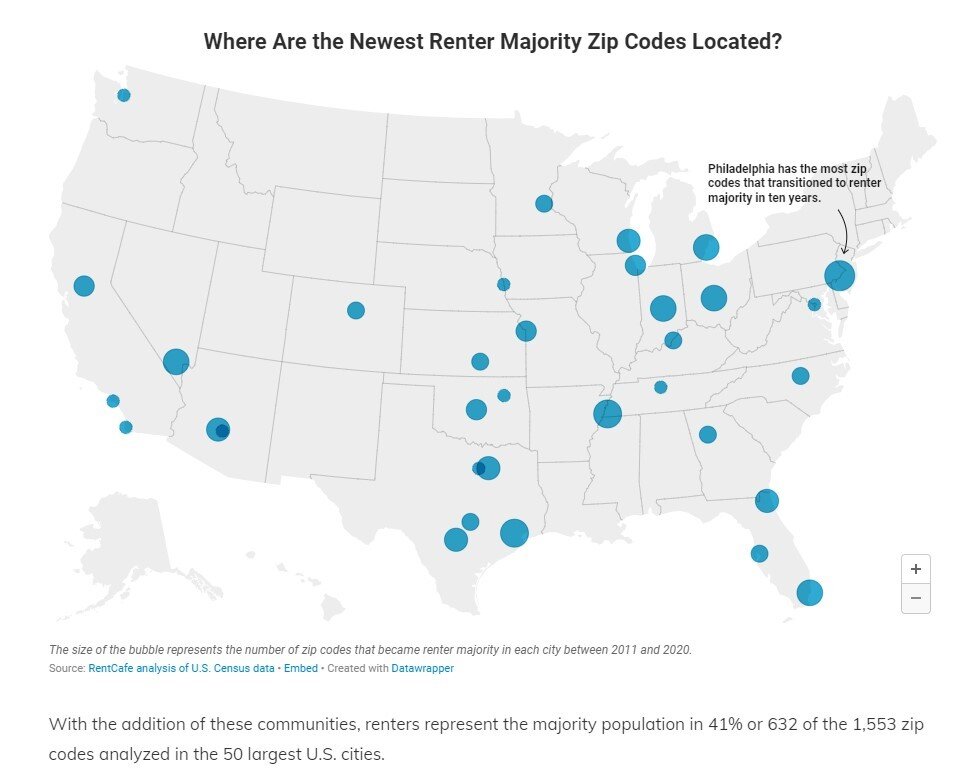 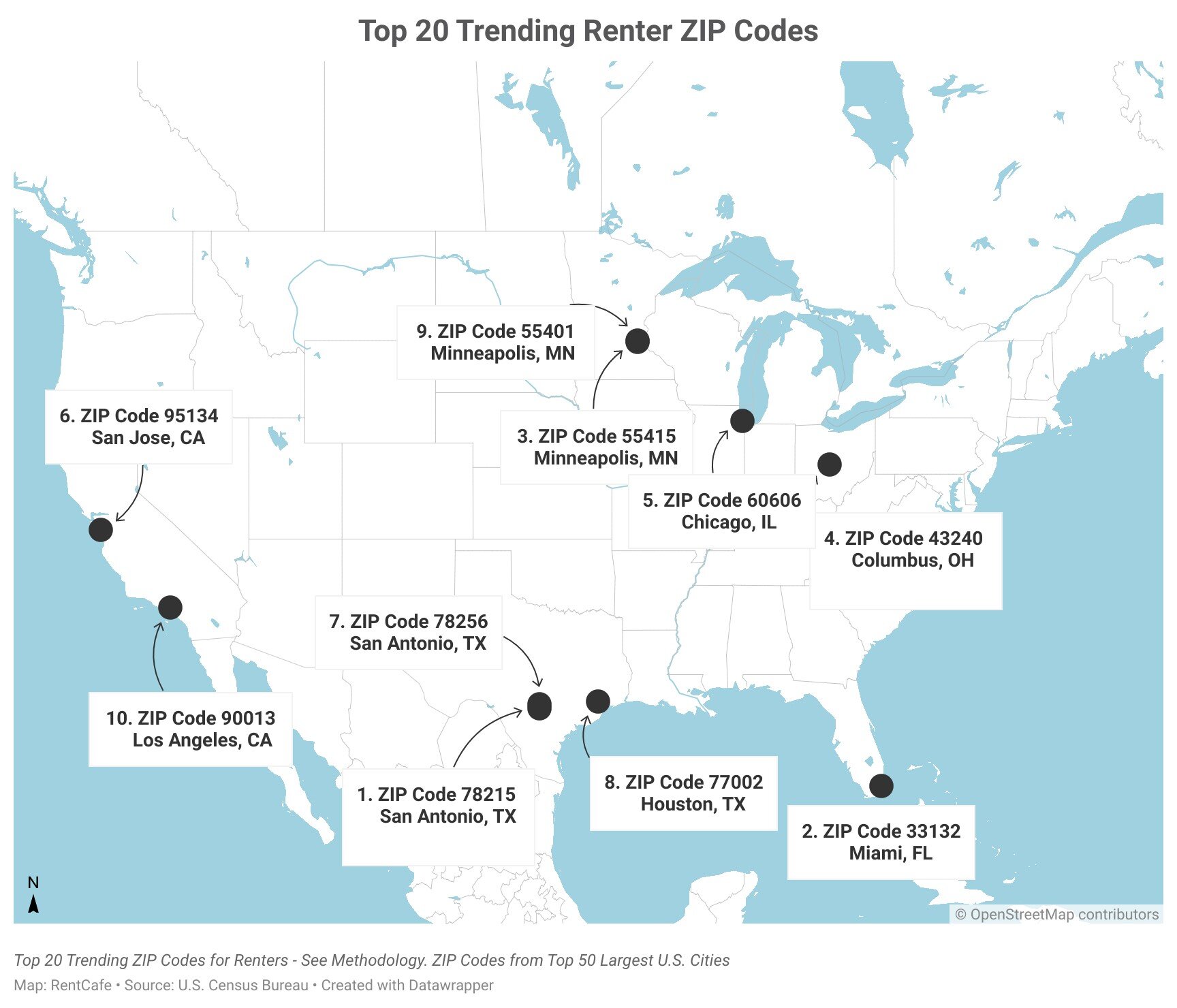