Residential News » Santa Barbara Edition | By WPJ Staff | January 16, 2020 7:59 AM ET
Signup for Our Weekly Newsletter »
According to a new National Association of Realtors study, which examined the top 174 metro areas and ranked them based on affordability, U.S. metro areas where affordability has worsened over the last five years have seen a decline in job growth during that same period. NAR analyzed the shift in affordability ranking, considering the pace of non-farm payroll job growth in 2019 Q3 compared to average job growth from 2014 to 2018.

Those 81 metro areas need more housing inventory to boost affordability, according to Lawrence Yun, NAR chief economist. "Job growth has slowed in these areas in part because limited supply is making homes less affordable," he said. "As inventory continues to decline and affordability worsens, workers, businesses and companies are less incentivized to do business in these areas."

Metros in Order of Affordability Rank in 2019 Q3

The metro areas with strong job growth from 2014 to 2018 that had a significant shift in affordability ranking (five or more steps) and are now experiencing slower job creation (percentage point difference) are (ranked in order of 2019 Q3 affordability): 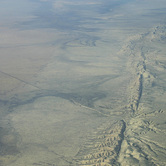 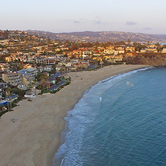 Based on a new report by the California Association of Realtors, California home sales remained on a downward trend for the seventh consecutive month in November 2018 as prospective buyers continued to wait out the market.