The impact of the Federal Reserve's decision this week to raise the Federal Funds Rate by 0.25 percent on all U.S. real estate markets and sectors could be significant in 2017.

The National Association of Realtors (NAR) chief economist Lawrence Yun tells World Property Journal, "The era of ultra-low interest rates is over. Today's short-term rate hike will be followed by several additional rounds of increases in 2017 and 2018. Despite these moves, mortgage rates will not rise alarmingly. By this time next year, expect the 30-year fixed rate to likely be in the 4.5  percent to 5 percent range."

Realtor.com chief economist Jonathan Smoke also commented on the Fed's rate increase today with, "Today's Fed announcement is going to have the greatest impact on first time home buyers as they consider their monthly payment budgets. Rates will likely stay the same until about March so buyers considering a purchase in 2017 may want to consider getting into the market now." 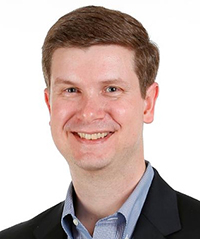 "The Fed--and financial markets--will have to wait to see what comes of U.S. fiscal policies in the weeks and months ahead and how that impacts the economy and the potential for more inflation," continued Smoke.

Smoke concluded, "Signs point to the Fed raising rates at least three times next year, and just like we've seen in the last month, mortgage rates will likely move proportionately in anticipation of those increases, as clear data emerges about stronger economic growth and inflation."